Home Gay Life The Retired Priest Who’s Husband Left Him Homeless Is Reuniting With The... 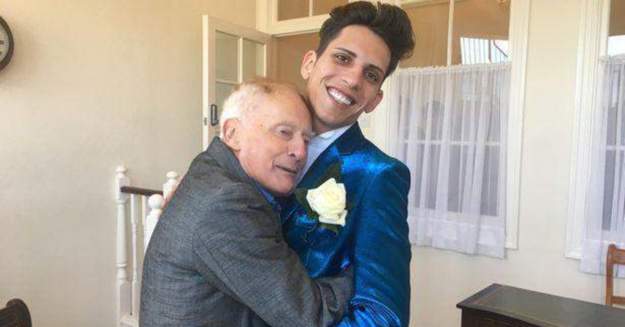 Remember the 79-year-old priest and his 24-year-old husband who left him for a richer and younger man (after taking his home and money)? Apparently, they’re back together!

News broke earlier today that Philip Clements from Kent and his model (in name only) husband Florian Marin are back together after a very ugly breakup.

Clements is sharing that he and Marin have kept in touch and that they are planning to get back together.

As he said when making the announcement:

“We have learned. We have both had to adjust. There were rumours he was with somebody else, but he has denied that.

“We are planning to spend September and Christmas together, and hopefully it can go from there. But we don’t want to jump too far just yet.

“He is young, and has plans ahead of him. But I don’t think I’m going to die just yet, there is a few years left in the old boy.”

“I’m pretty determined it will work out. We laugh a lot, we are very relaxed around each other, I think this was a phase we needed to get out of our system.

“He is my husband. I want him to feel secure. I haven’t got much to leave him at the moment, as I sold the house. But he is not in it for the money. He knows I don’t have a lot.” 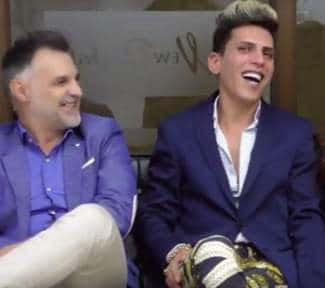 But what about the other man that Marin supposedly has been seeing?

Well Clements is certain that the relationship wasn’t real at all and just the fabrication of reality television. Clements states that the wealthy Romanian named Jesus was introduced to Marin by the TV company that the two are currently working under for a Romanian reality show.

“Due to the fact I had left him, they arranged for him to meet this man.

“The story was invented. He is not with him now, even if he was with him.

“I’m pretty sure he wasn’t with him, and it was a made-up thing.”

Honestly, it looks like Clements is determined to believe Marin’s every word to his detriment. Not only has he already given away his home but now he’s writing Marin into his will with the plans to give him everything.

“He is the only one I can leave things to. I don’t see much of my brothers, and they wouldn’t need it.” 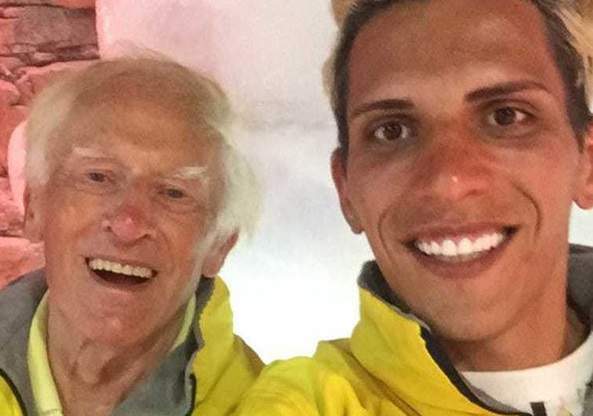 All of this comes after news hit that the couple had broken up last year. After retiring and getting married, Clements moved to Marin’s home country of Romania.

Their lives together weren’t “happily ever after” however as Marin would often be out at all hours of the night to go clubbing. Whenever Clements confronted Marin about this, the two would fight.

When Clements returned to his native England for a few health checkups, he was told by Marin not to return and that their relationship was over. What’s worse is that Clements sold his old Kent home to pay for the Romanian home that Marin was living in. Clements even put Marin’s name on the house because of his age, thus leaving himself homeless.

We’ll be honest to say we’re shocked at hearing that these two are back together again and we are highly suspicious.

Is anyone looking out for Clements?