Home Gay Stars The role in The Danish Girl made Eddie Redmayne understanding of transgender... 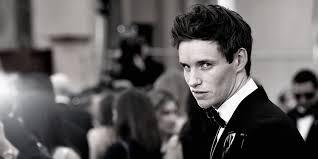 Oscar winning actor Eddie Redmayne played the role of 20th-century transgender icon Lili Elbe in The Danish Girl and that changed his perspective towards people who transition from a gender to another. In 2014, Eddie Redmayne won an Oscar for Best Performance by an Actor in a Leading Role for his acting in The Theory of Everything, a movie that is depicting the life of famous physicist Stephen Hawking from an early age. Eddie’s performance was touching indeed, and those who have seen the movie know that.

The Danish Girl is another challenge for Academy Award winning actor, who is portraying Lili Elbe, one of the first to transition from male to female through a surgical procedure, as everything is happening between the years 1926 and 1931. Lili Elbe (28 December 1882 – 13 September 1931) was born Einar Magnus Andreas Wegener, an artist who after transitioning made his legal name Lili Ilse Elvenes and ended the career as a painter, considering it a part of Einar’s identity.  At that time sex reassignment surgeries were experimental and Lili Elbe went through four surgeries in two years.

The story of Lili Elbe was subject for David Ebershoff’s 2000 novel, The Danish Girl, an international bestseller that was translated in more than ten languages and a film adaptation was put into production fifteen years later.  Eddie Redmayne was announced for the leading role in 2014 and the filming started in February 2015.

In an interview for Out magazine Redmayne talked about being anxious when starting a new role because he never attended drama school and how that drives him to work more for his roles. For the role in The Danish Girl, Redmayne talked to transgender men and women including Lana Wachowski, the director of Matrix and Cloud Atlas.

Reading the script of the movie that is going to be released this November, Redmayne was very touched and he called the story “a piece about authenticity and love and the courage it takes to be yourself,” finding himself more willing to give a great performance. He explained to Out magazine how opened transgender people were and how kind and he also talked about the need of educating the audience, even taking that as a responsibility:

“People were so kind and generous with their experience, but also so open. Virtually all of the trans men and women I met would say ‘Ask me anything.’ They know that need for cisgender people to be educated. I felt like, ‘I’m being given this extraordinary experience of being able to play this woman, but with that comes this responsibility of not only educating myself but hopefully using that to educate [an audience].”

For Eddie Redmayne the perspective towards the LGBT community changed completely:

“My greatest ignorance when I started was that gender and sexuality were related. And that’s one of the key things I want to hammer home to the world: You can be gay or straight, trans man or woman, and those two things are not necessarily aligned.” (Out magazine)