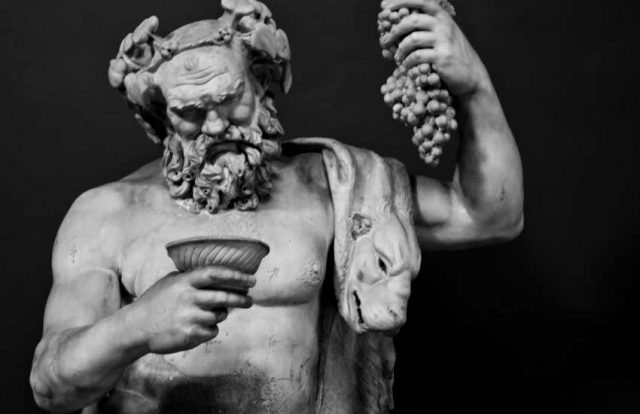 Sexual organs are very important to the human race. They bring life, they bring pleasure, they can be symbols of our oppression and liberation.

These pieces of our anatomy occupy so much of our thoughts and feelings that we begin to warp the world around us. Just look at London’s Gherkin or China’s .

The penis is inescapable.

This has been true throughout time, so it’s completely unsurprising that humans worshiped deities dedicated to the phallus. But these penis gods are not crude symbols from a bygone era; their plethora of stories look deep into our obsession about dick. 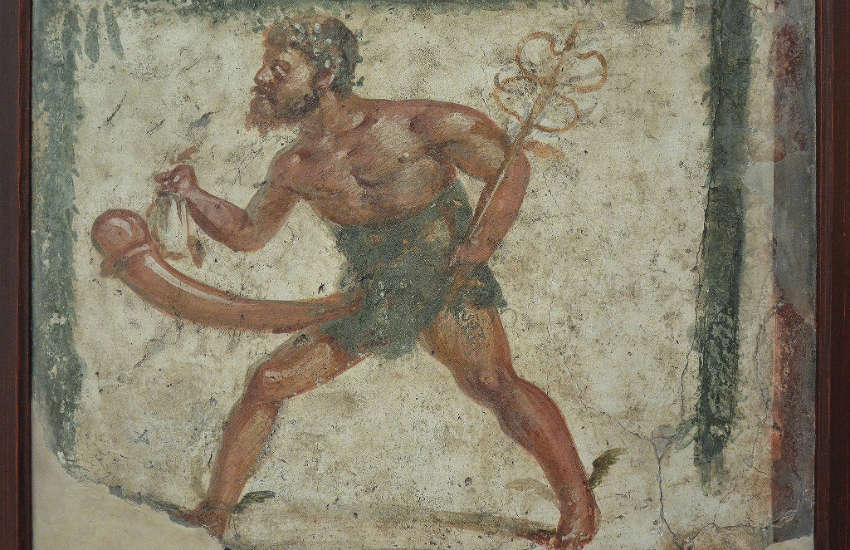 Anyone with even a passing knowledge of the ancient Greek deities will be unsurprised there’s an Olympian with a giant schlong.

Priapus was a minor fertility god, often associated with the protection of livestock, gardens and fruit. The Greek colonists in Lampsacus (in the Middle East) originally worshiped the god. However, this soon spread to mainland Greece and Italy in 3rd century BCE.

He is the son of Aphrodite, the goddess of love, beauty, pleasure, passion and sex. It’s unclear whether his father is Hermes, Pan, or serial philanderer and rapist Zeus.

Life didn’t start out great for the minor god. Hera, the queen of the Olympians and wife of Zeus, cursed Priapus with ugliness, foul-mindedness and what’s described as ‘inconvenient impotence’ as punishment for Aphrodite getting involved with the war in Troy.

The curse wasn’t great for a god of fertility. It meant he suffered a permanent erection up until the point of having sex.

The Olympians aren’t known for their empathy, so they cast the young, ugly Priapus out into the mortal world. After some time being raised by shepherds, he eventually found a home with the nature god Pan and the satyrs – ugly nature spirits with permanent erections.

All that time surrounded by fertility spirits became too much for Priapus. 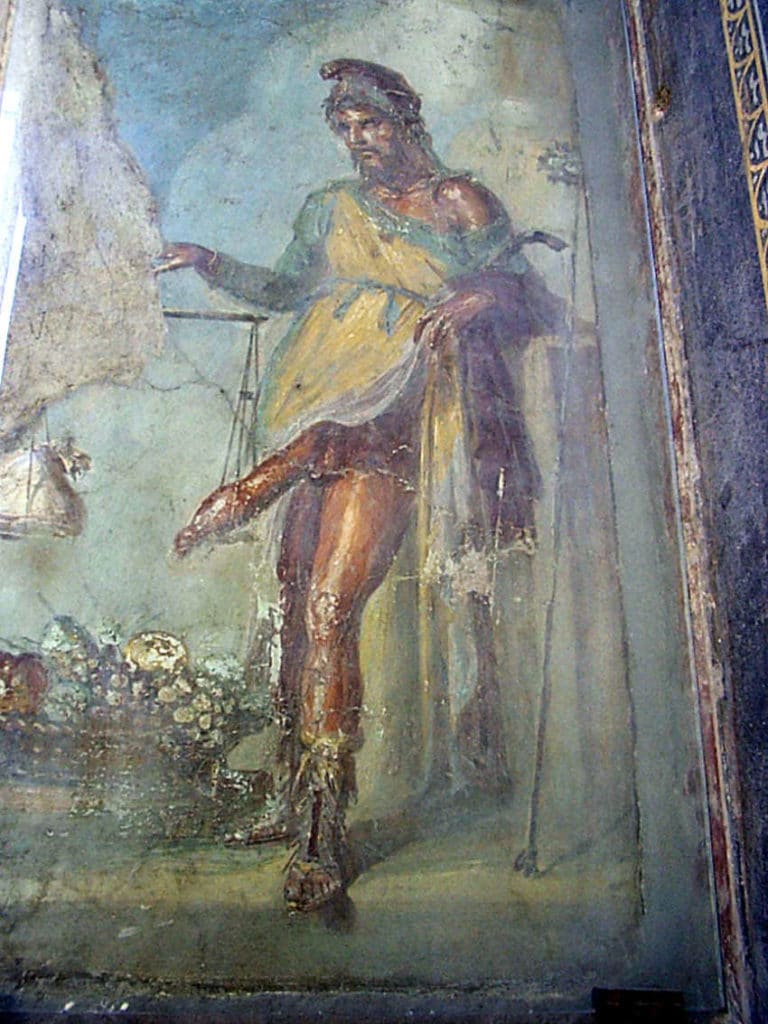 Another image of Priapus found in Pompei | Photo: Wikimedia Commons

According to a ballad by Latin poet Ovid, one of the most sacred goddess in the Greek pantheon, Hertia (goddess of the sacred fire) laid in slumber after a night of drinking with the other deities. Priapus crossed her path and then made his decision: he would rape Hertia.

Priapus crept up on the unknowing goddess. Yet Hera’s curse – which she made in spite – ended up saving the sleeping deity. Before he could attack Hertia, a donkey brayed and woke the goddess. Her screams woke every other god and Priapus fled in embarrassment. From that day forward, he demanded donkey sacrifices from his followers.

In another myth, he pursues the nymph Lotis, who only escapes the god when she is transformed into a lotus tree.

As time passed, worship of Priapus became less about fertility and more as a reason to create pornography and make jokes on Roman bathhouses. Mostly, he’s the subject of crude jokes.

His legacy lives on in modern medicine. Priapism is a condition where a man cannot get rid of his erection, despite having no stimulation. It’s a medical emergency and those suffering it must see a doctor immediately. 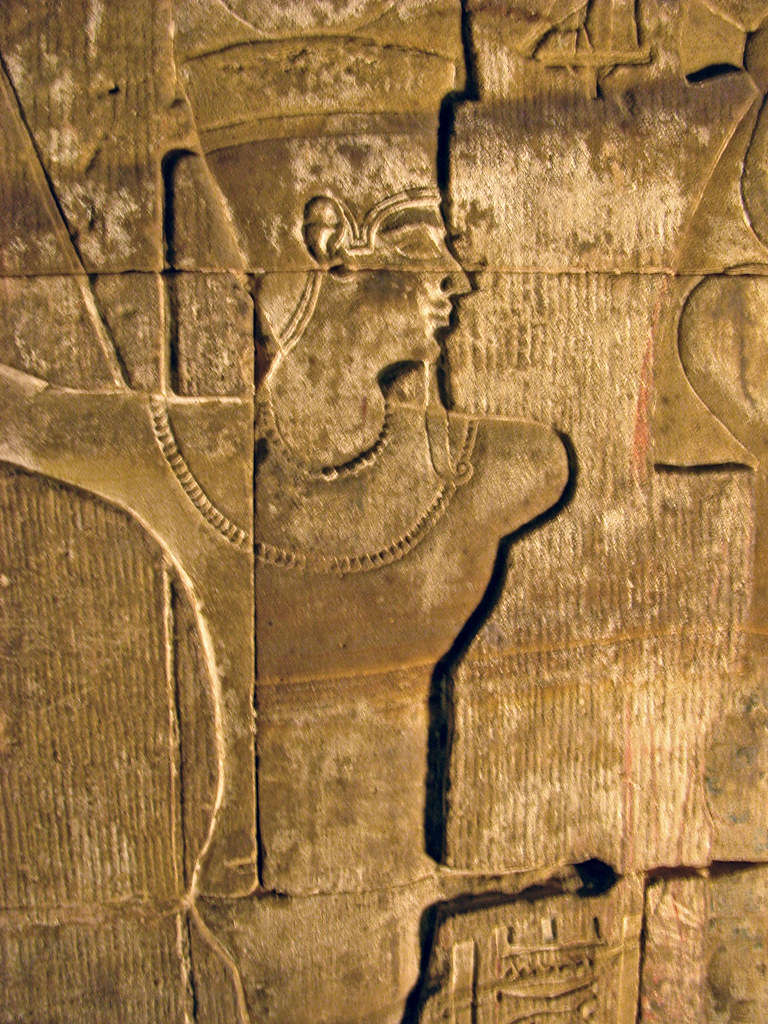 Unlike Priapus who, even at the height of his reverence, was still considered a minor god, Min is one of the defining members of the ancient Egyptian pantheon. Rising to prominence between the Middle Kingdom (2040 – 1782 BCE) and the New Kingdom, Min is the god of fertility and male sexuality.

Min is depicted as holding a v-shaped flail in one hand (representing fields and vaginas) and his erect, circumcised penis in the other.

The Min Festival took place at the beginning of the harvest season. Held over four days, people blessed the harvest and played games naked in his honor. One game included climbing a huge pole, with those who reach the top honored.

But it gets even more on-the-nose than a symbolic penis climbing game. The god is associated with Egyptian cos lettuce, which people considered an aphrodisiac. It’s tall, straight, and secreted a milky, suspiciously semen-y substance when pressed. It was offered to Min, before being consumed by men to increase fertility. 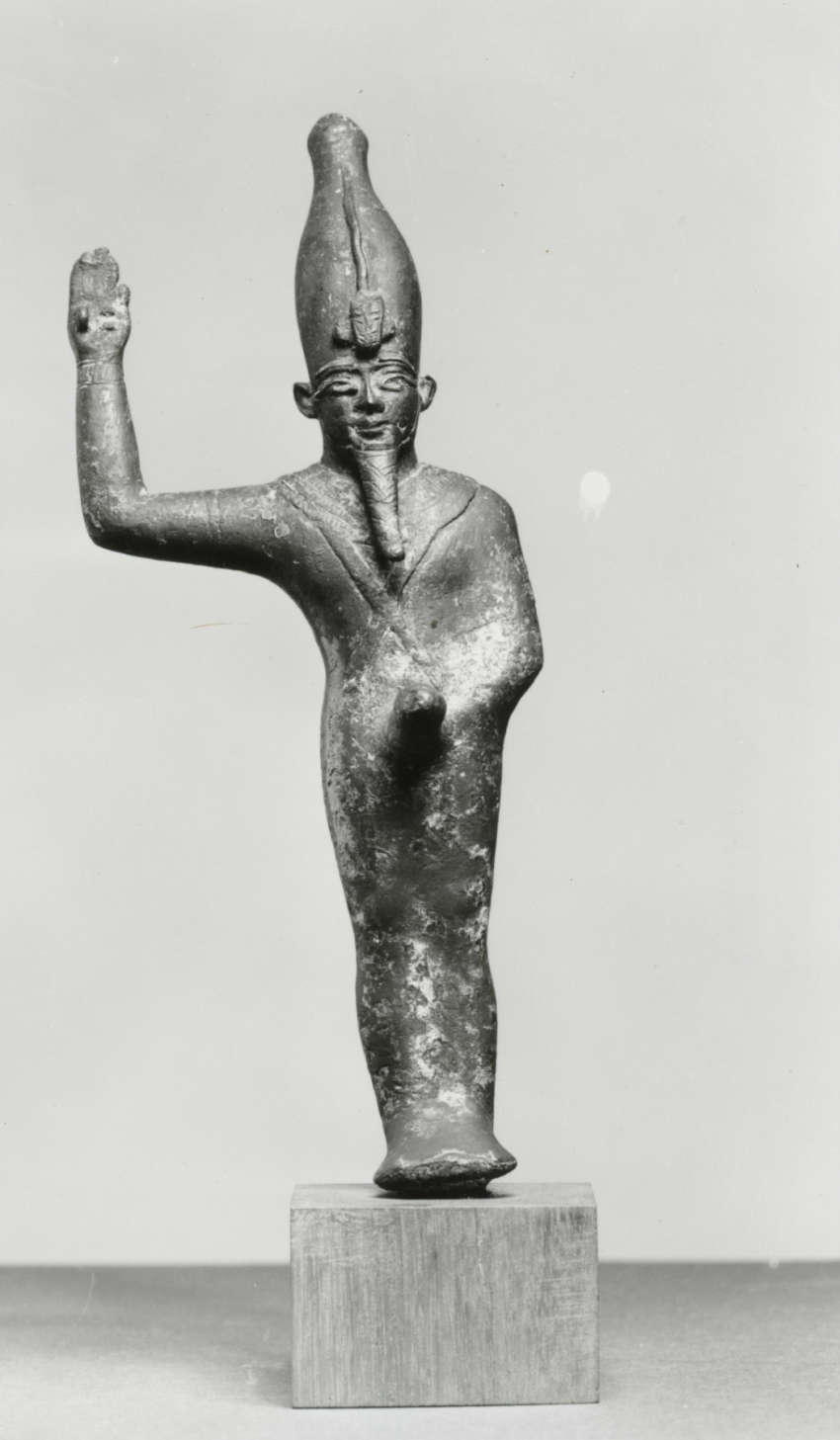 Most sacred of all, the god presided over the Heb Sed festival. This tasked the pharaoh to run a course while carrying ritual objects. The task was said to rejuvenate him, while proving his virility.

Later on, in the New Kingdom, one ritual involved the Pharaoh planting seeds in order to prove his fertility. Though some scholars suggest ‘planting seeds’ really meant he needed to ejaculate instead, to prove he could have children and thus, an heir.

Depictions of Min suffered a lot of damage as prudish Christians thousands of years later grew uneasy at the sight of his massive penis. Archaeologists of the 18th and 19th century, too, only took photographers and rubbings above the waist.

Two of the oldest free-standing statues in the world portray Min, dating back to 3300 BCE. You can find them in Ashmolean Museum in Oxford, UK. Unfortunately, they are penis-less. 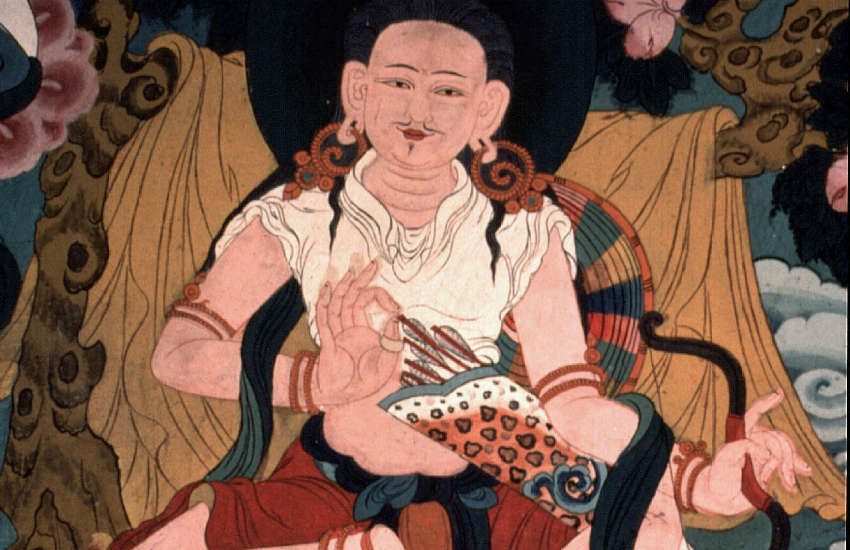 This real-life holy man achieved legendary status with the help of his penis. Drukpa Kunley is one of the most revolutionary figures in Tibetan Buddhism and is still revered in Bhutan. In fact, in many places in Bhutan, they paint phalluses on their houses as a symbol of protection. But why?

It begins when Drukpa Kunley shot an arrow into present day Chimi Lakhang in Bhutan’s capital of Punakha. It was there he would spread his message and teachings. His temple still resides there today. 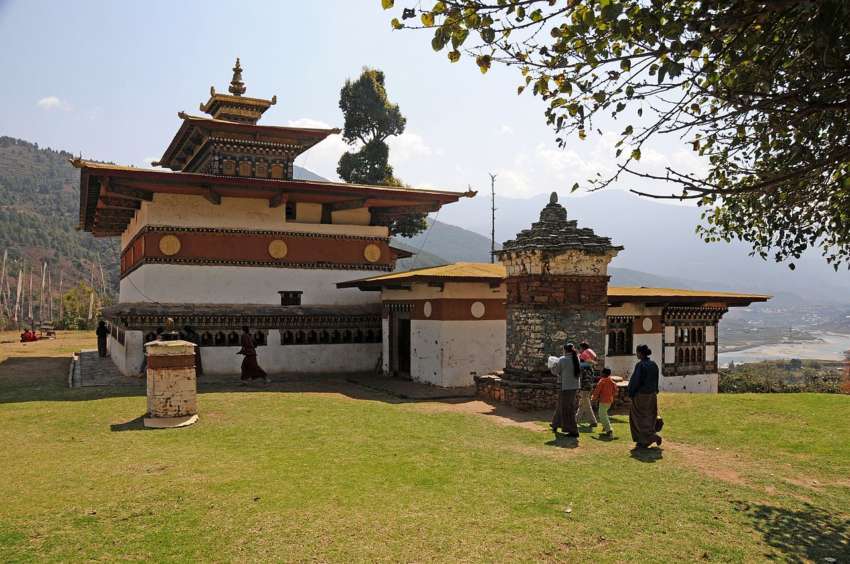 Drukpa Kunley was incredibly anti-establishment and is known mostly for his unconventional way of teaching. A poet and a holy man, he drank wine, slept with women, and encouraged others to do the same.

His most famous legend involves the demon Loro Duem. She terrorized the people of Dochula Pass, so the lama set out to banish her. Rather than read out holy rites, he used his penis to subdue the monster. And it worked – trapping the demon in a rock near the temple of Chimi Lakhang.

Many people now visit the temple for blessings of pregnancy. A monk will use a wooden phallus with a silver handle to give out these blessings. 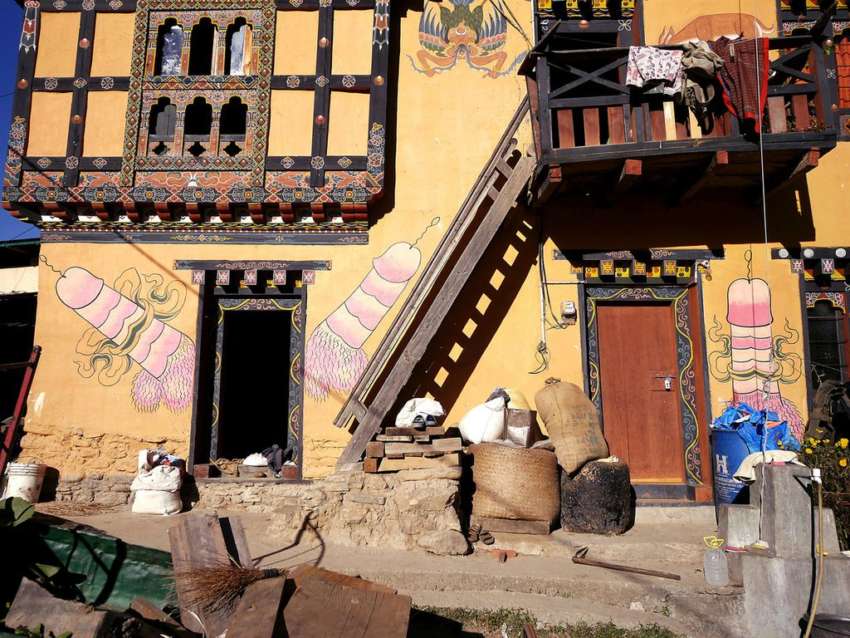 Known as the ‘Divine Madman’, Drukpa Kunley taught people to use the symbol of the phallus as protection from external evil forces. Those with it on their house are said to ‘turn the evil eye’, blocking out gossip and stopping family members from quarreling.