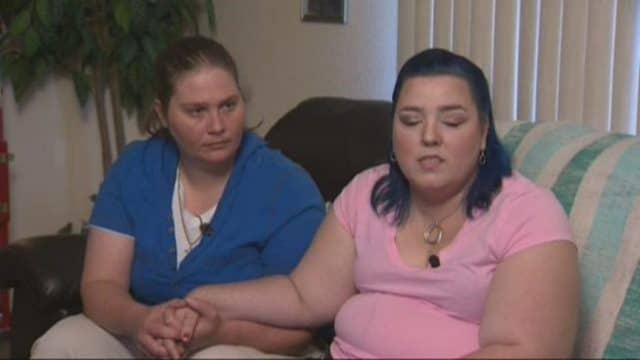 Today the Supreme Court punted on a case that could’ve decided whether the U.S. Constitution’s “religious freedom” clause gives Christian business owners have the right to discriminate against LGBTQ people – even when state law explicitly forbids it.

The case was Klein v. Oregon Bureau of Labor and Industries, which involves an Oregon bakery, Sweetcakes by Melissa, whose operators, Melissa and Aaron Klein, were fined $135,000 by the state for refusing to serve Rachel and Laurel Bowman-Cryer, a same-sex couple who sought a wedding cake for their June 2013 marriage.

After news of the bakery’s refusal went viral, the  Kleins ended up closing shop and raising over $300,000 through a crowdfunding campaign to help pay the bakers’ $135,000 in legal fees. But instead of paying the fine, the Kleins appealed their case up to the U.S. Supreme Court.

Today the case decided neither to hear the case nor deny it but rather sent it back to a lower court to examine whether the Oregon Bureau of Labor and Industries and the state’s civil rights authorities displayed any anti-religious animus while making their decision.

This is pretty much what the U.S. Supreme Court has done with two similar cases it had in 2018. In a nearly identical 2018 case involving Colorado’s Masterpiece Cakeshop, the U.S. Supreme Court declared that the state’s civil rights board expressed anti-religious animus during its hearing of the baker’s case and vacated the ruling, deciding that the bakery didn’t get a fair hearing and sending it back to the civil rights board to be re-evaluated.

Basically, the court is merely avoiding ruling on a contentious issue while implying that state anti-discrimination laws might be driven by anti-religious sentiment, which is speculative at best and disingenuous at worst.

So it seems like it’ll be a while until a case on this issue finally gets a hearing. Meanwhile, the lesbian couple involved in the Sweetcakes by Melissa case have been receiving threatening messages like:

“Go jump off a cliff and take your wife with you”, “Rot in hell you f**king skanks”, “I’m buying up my ammo right now you filthy, ugly, disgusting, fat, stupid, cruel, piece of lesbian scum.”” “You started a war b***h, I’m far from done with you’, ‘I’m getting ready for the war so I hope you and your t**t-faced girlfriend have a good hiding spot’, ‘F*****g die, or just kill yourself.”