Home Gay Life The Transgender Woman Who Was Beaten In Dallas Last Month Was Fatally... 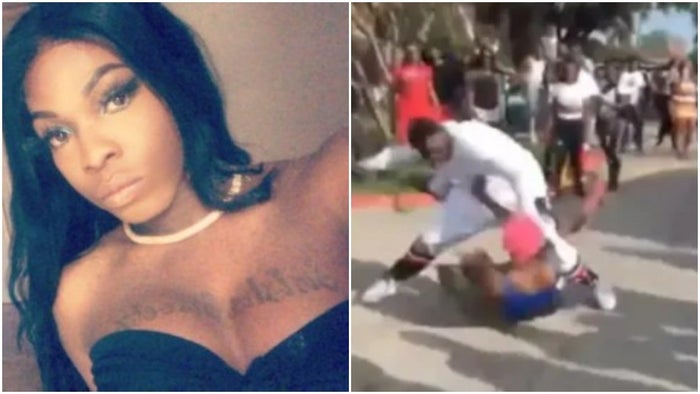 A transgender woman who was assaulted in broad daylight by a group of men in Dallas last month was found fatally shot Saturday, police said.

Police received a call about a shooting shortly before 7 a.m. on May 18. When they arrived at the scene they found Muhlaysia Booker, 23, face-down on the street, dead from a gunshot wound.

Last month, Booker was brutally attacked by a group of men who repeatedly punched and kicked her following a minor traffic accident.

The incident, which was captured on video and posted to Facebook, was being investigated by police as a possible hate crime.

Edward Thomas, 29, was arrested and charged with aggravated assault for the incident. He is no longer in jail and police are unaware of his whereabouts, but there is nothing at this time connecting Thomas to Booker’s death, Weddington said.

In a statement Monday, attorneys representing Thomas said it was their position that the April attack was not a hate crime, adding that their client «had absolutely nothing to do with» Booker’s death.

«We have no doubt that the truth will come to light in this situation after a thorough investigation by the Dallas Police Department,» the statement said, repeatedly referring to Booker by her deadname.

Police are still working to identify additional suspects that were seen in the video of the beating.

The April incident began after Booker accidentally backed into a suspect’s car and tried to flee the scene, according to an affidavit obtained by BuzzFeed News. The suspect then allegedly ran Booker off the road to stop her, and allegedly threatened her with a gun unless she paid for the damages.

According to the affidavit, and as can be heard in the video, someone offered Thomas $200 to beat up Booker following accident.

As he and several other men beat her, Thomas and others in the crowd yelled, «That’s what your faggot ass gets,» «Get that faggot out of our hood,» and «Shoot that punk ass,» police said.

Transgender people face very high rates of violence and homicide. In 2018, at least 26 transgender individuals — most of whom were black transgender women — were killed through acts of violence.

Dallas mayor Mike Rawlings tweeted that he was «deeply saddened» to hear about Booker’s death.

I am deeply saddened to learn of the murder of Muhlaysia Booker. I call on anyone with information on this homicide to please contact the Dallas Police Department.