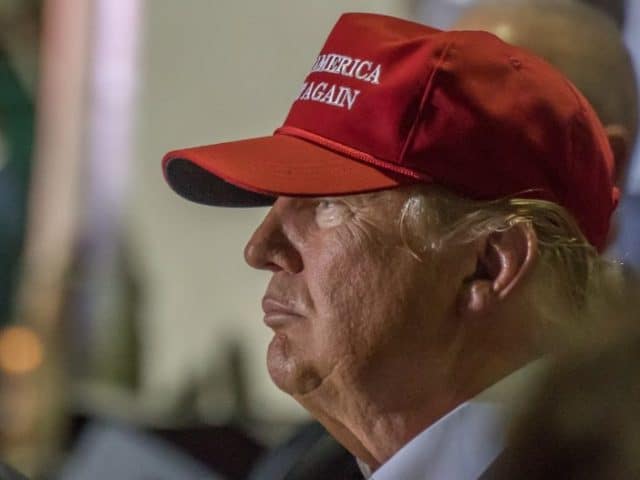 The State Department announced that it will be launching a new advisory panel that will stress human rights in the context of “natural law.”

The State Department published a notice to create the Commission on Unalienable Rights. The notice says that the Commission “will provide the Secretary of State advice and recommendations concerning international human rights matters.”

“The Commission will provide fresh thinking about human rights discourse where such discourse has departed from our nation’s founding principles of natural law and natural rights,” the notice says.

“Many in the human rights community will welcome an opportunity to advise the Trump Administration on where its policies contradict America’s founding principles. There will be much to discuss,” Rob Berschinski of Human Rights First told Politico.

In a statement, Secretary of State Mike Pompeo said the Commission would discuss “how do we connect up what it is we’re trying to achieve throughout the world, and how do we make sure that we have a solid definition of human rights upon which to tell all our diplomats around the world.”

“It was a project that I wanted to proceed on, and it’s an important review of how we think about human rights inside of our efforts in diplomacy,” he said.

David Kramer, who was Assistant Secretary of State for Human Rights during the George W. Bush administration, said that he doesn’t really know what the point of the commission is.

“On the other hand, I’m not sure what this commission is supposed to do that the human rights bureau doesn’t already do,” he said.

“I don’t think this is the advisory committee for expanding rights,” said Representative Tom Malinowski (D-NJ), who was Assistant Secretary of State for Human Rights during the Obama administration.

Natural law is a philosophical thought that says that certain rights are inherent to being human, and often that those rights are endowed by God. It usually insists that universal moral truths can be arrived at through reason, either by examining religious texts or an imagined “state of nature.”

The idea has been used to argue that LGBTQ rights are not legitimate because natural law would indicate that people should identify as their sex assigned at birth, not engage in homosexuality, and restrict sex to marriage.

The Catholic Church also bases its opposition to LGBTQ rights on natural law.

“That’s based on the complementarity of the two sexes in such a way that the love of a man and a woman joined in a marital union is open to life, and that’s how families are created and society goes along,” Chicago’s Cardinal Francis George said in an interview.

“It’s not in our doctrine. It’s not a matter of faith. It’s a matter of reason and understanding the way nature operates.”