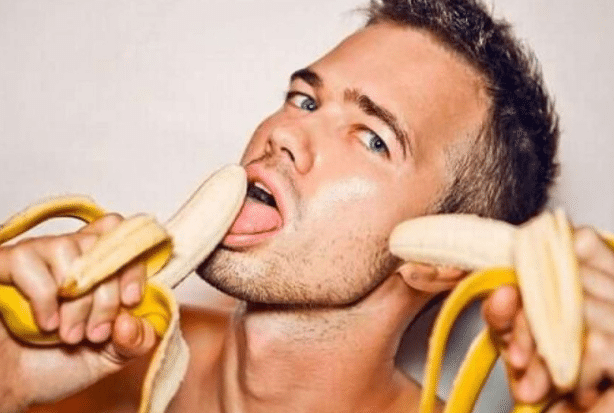 The surprising facts prove we have bigger things to worry about.

We all know that penis size is one of men’s greatest obsessions but most don’t know the surprising truth behind the size myths.

Did you know, for example, that humans are better endowed than all our primate cousins? You may expect a gorilla to be better hung than you but you would be wrong, both in terms of absolute and relative size.

The subject has been firmly on the agenda with a couple of big stories over the last few weeks.

Over the weekend we heard a penis transplant on a 21-year-old in South Africa had apparently been a success. He had lost his penis in a botched circumcision at age 18 but now has a fully functioning member, capable of urination, erection, orgasm and ejaculation.

It makes you wonder if one day, lab-grown or donated penises will be grafted on to men who have extreme concerns over size.

And at the start of March we learned about a study of 15,000 penises, finally answering the question of average size.

The study also busted the myth that size varies with race. While scientists say the sample wasn’t quite big enough to reach a firm conclusion on this, they found no link between size and race.
Most people assume average size is much bigger. 6ins or even 7ins are commonly quoted figures.

Despite everyone wanting to be big, we tend to underestimate our own size too. The angle at which you look down on your penis leads you to think it’s smaller than it really is and if you have any fat on your belly, that only makes it worse.

There’s evidence gay men take all this particularly seriously. A study by Utrecht University in the Netherlands around a decade ago showed penis length had a big impact on gay men’s self esteem.

In the worst cases men – gay, bi and straight – can suffer from body dysmorphic disorder. This can even lead to anti-social behavior, depression and suicide.

No wonder newspaper and web advertising continuously pushes various methods to increase size. Of course, it is very well established none of them work. The fact we keep trying, however, is the clearest signal of all that most of us believe bigger is better.
But perhaps the biggest question of all is not about average size but about how important it is in sex.

Let’s start with the assumption you can’t dismiss this notion of being ‘big’ as entirely worthless. After all, on the internet there are rather more searches made for ‘world’s biggest dick’ but very few links for the shortest.

In my last article I looked at the imbalance of power between tops and bottoms, provoking some very interesting comments from GSN readers.

I have noticed in particular that bottoms tend to look for ‘more hung’ men and I often seen tops boasting about their size and capacity on dating sites.

I have often seen gay relationships fail after three or four sex meetings. After this it seems everyone wants to put their hands in a new man’s underwear, wondering what new and big thing they will find there. Can this size worship be one reason gay romances are so fragile?

My first relationship was with someone I met online was with a guy I met on Facebook. We chatted a lot on phone, including talking about sex and he boasted about his size a lot.

So when we met in person I was a little shocked to see his little master. Not shocked that it was anything unusual but only because of the mental picture he put in my mind.

Despite this, I have to say I really enjoyed myself with him and the smaller-than-advertised size of his penis made no difference at all. Frankly I can say we had some of the best sex I’ve ever had in my life.

I’ve met plenty of guys in my time, of all different sizes, but honestly as a bottom I can’t agree that bigger is always better. I simply can’t say that I have had better experience with larger guys.

The law of averages means, of course, that most of the sex I’ve had has been with guys with an average penis. And from that, I’ve taken the very clear lesson that having sex is not just about the sex – it’s an important moment, which is only good when you feel safe with someone and your partner treats you well.

For me the kisses and embraces are the most important part. The love and the quality of the time you give each other means more than size. Sex is not limited to physical intercourse. Mental satisfaction is what it’s all about. And I can promise you – if you are worried about your own size – that in bed, it’s not your partner’s length or girth but their performance that matters.

To me, the idea that size is important in gay sex is just a myth. If you are craving for a bigger penis for yourself, or for your lovers, rmember that ‘bigger is better’ is not always true.