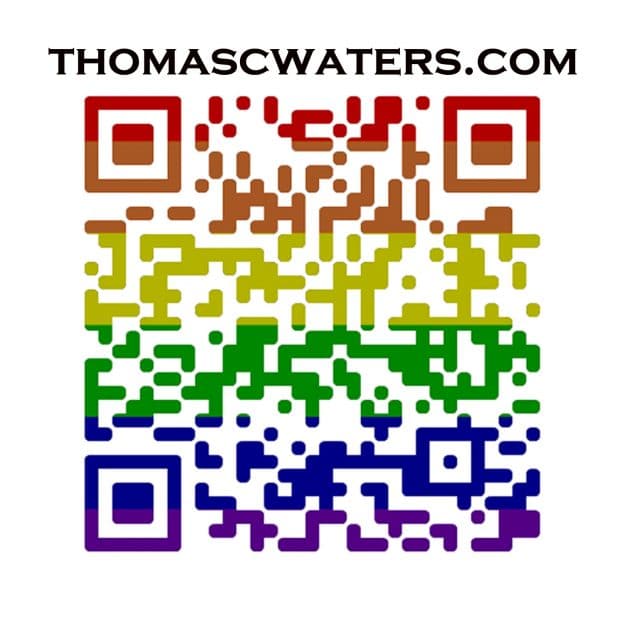 queer (kwîr)
adj. queer·er, queer·est
1. Deviating from the expected or normal; strange: a queer situation.
2. Odd or unconventional, as in behavior; eccentric. See Synonyms at strange.
3. Of a questionable nature or character; suspicious.
4. Slang Fake; counterfeit.
5. Feeling slightly ill; queasy.
6. Offensive Slang Homosexual.
7. Usage Problem Of or relating to lesbians, gay men, bisexuals, or transgendered people.
n.
1. Offensive Slang Used as a disparaging term for a homosexual person.
2. Usage Problem A lesbian, gay male, bisexual, or transgendered person.
tr.v. queered, queer·ing, queers Slang
1. To ruin or thwart: “might try to queer the Games with anything from troop movements . . . to a bomb attack” (Newsweek).
2. To put (someone) in a bad position.

Last week, I got caught up in a thread on Facebook regarding the religious liberty supposedly being withheld from Phil Robertson . I was really struck how a few, some even being pastors, had such am odd sense of how inappropriate Robertson’s comments were. They seemed perfectly happy to defend him, when in reality Christian theology and Jesus himself would demand the exact opposite. Funny for me too, thinking of this happening in the week prior to when we celebrate Christmas and the birth of the Christian Savior.

Christmas is truly a queer holiday when you stop and think about it. Everything about it is peculiar, odd and out of the ordinary. These things ought to lead a Christian to be even more humbled, but doesn’t seem to work that way. Some seem so self-assured and even cocky- as if they have all of the answers. For me the holiday and the religious significance comes from the opposite. The queerness of Christmas is that it calls us to take everything we are so sure about and turn it upside down, and consider the possibility that there is something totally outside our realm of understanding to see and grasp. But so often, this Christmas story is taken as if it is so well known. Nothing new in it, nothing unexpected, and to me that is such a shame. The real power of the holiday is lost to these people.

There truly is no historical basis for the Christmas Story. No records of a census, or an inn with no rooms or even the birth of a baby. No record of wise men’s travels, angels or any other aspect of the tale. We know that it could not have happened in December too. And yet, in spite of this lack of supporting material, we as a whole culture treat it as fact. I don’t mean to question that either. No real point. In fact the value of the holiday comes from the fact that believers believe, regardless. But there is so much more to this holiday when we start to grasp how queer it really is.

We can’t easily see the world through the eyes of women and men in the actual days in which Jesus was supposedly born, but what if we tried? In some ways it would share similarities to our own time. Imagine for a brief moment what Mary must have faced, as others found she was pregnant and unmarried. How alone and isolated she may have been. How misunderstood, how ashamed she may have felt. All of those people would have felt so assured of their condemnation of her- they had their own religious texts to prove and judge her with. Imagine Joseph who had spent his whole life believing how things were supposed to go, and here, he finds himself becoming betrothed to a woman already with child. How queer! How out of the ordinary to be sure. Joseph, Mary and baby were perhaps the first non-traditional family. Even without joking that Jesus had two daddies, you have to see this as odd. All of the people around Joseph and Mary would have.

Imagine Mary, whose experience was unlike pretty much every other woman she knew. How might she have felt and what did she do to hold onto what she knew in her heart was real for her? It isn’t hard to sort out what Jewish Law says about pregnancy outside of marriage. Isn’t it conceivable that she would have experienced comments and disdain similar to what Robertson expressed about homosexuals? He used scripture, just as Hebrew scripture would have been used against her, yes? Yet, today we praise her for knowing in her heart was was real for her and her destiny. Even as some criticize gays and lesbians for speaking their truth.

At the heart of the Christmas Story is the essence of how God creates and places God’s Self (AKA Love) into the midst of the human experience. It doesn’t happen based on the status quo, nor by some way recognized by the masses. It happens in the most amazing, and unexplainable ways. It happens in queer ways.

Our failure today, to even pause of contemplate the birth in real time is a symptom of the failure of Christianity, and why most humans are so lost. Indeed why most Christians act in ways that are so utterly unchristian. Stop and think about it for a minute. Consider everything that Jesus’ ministry and journey was all about, and what are the good Christians hyper about? Poverty, inequality, lack of human dignity- none of these even raise an eyebrow, but mention allowing two persons who love each other to get married, and the whole world is now crumbling for some Christians.

The other aspect of the Christmas Story which is so queer is that it is a fully manufactured piece of fiction. Even if there was a Mary, Joseph and virgin birth. It couldn’t have happened in December for example. That the story is manufactured doesn’t make it less real or less meaningful, but it ought to remind us that so many of our judgements about what should and shouldn’t be are also manufactured. They are constructions too, and we as a whole choose which constructs we will accept and which we will not. We can even grasp the need for construction if we stop and consider how impossible it would be to place into simple words the magnificence of God’s injection into humans’ lives. Where we ought to be in such utter awe, we treat it as a simple children’s tale. If we really believe that God can do such things, we would all need to be beside ourselves with fear and trembling.

Almost no one would have believed Mary, Joseph and those who were witness to whatever miracle  happened. But a few would have. A few had enough Faith to recognize what was possible outside of the status quo.

If the power of that miracle is to continue to change the world, then today, we have to be willing to let go of our fears, expectations and judgements and have Faith in what might be possible. We must be willing to grasp and embrace the queerness of the Christmas Story.