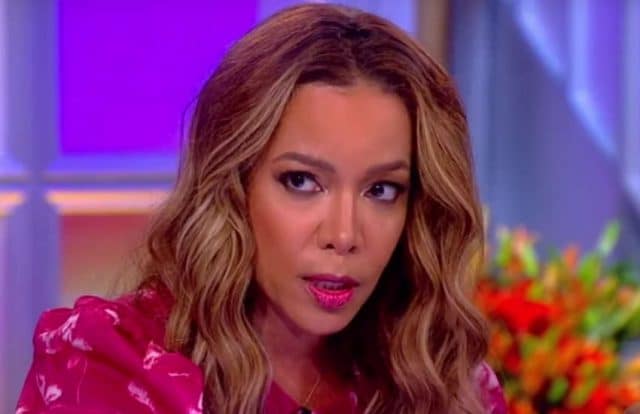 The View host Sunny Hostin couldn’t sit back and take criticism from a Catholic bishop about Pride.

The bishop said Catholics should not support Pride month activities because they ‘promote a culture and encourage activities that are contrary to Catholic faith and morals.’

He also claimed: ‘They are especially harmful for children.’

She said she and her kids have no qualms about celebrating Pride month.

Hostin then added: ‘My faith always taught me “What would Jesus do?” I know Jesus would be attending that pride parade. I also know that God is love and Jesus is love and Love is love.’

Hostin then revealed she’s felt conflicted about being part of the Catholic church in recent years, due to the abuse scandals.

‘I almost left the Catholic Church because of what has happened,’ she said.

During yesterday’s show, the panel also spoke about the hypocrisy of President Donald Trump tweeting his support of LGBT Pride Month, yet banning transgender troops from serving in the military.

The panel urged everyone to remember what Donald Trump tweets during the next election.