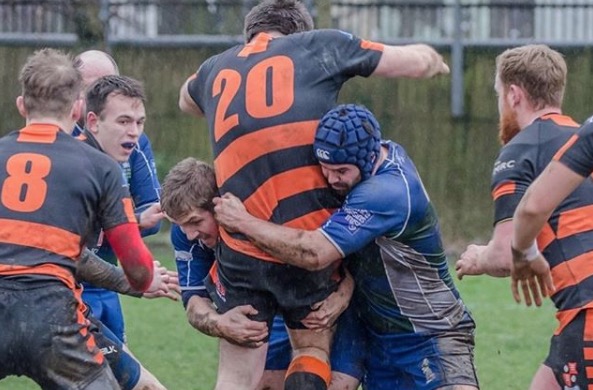 When Australian rugby star Israel Folau spoke up last month in a since-deleted Instagram comment about his views that gay people end up in hell unless they “repent their sins and turn to God”, folks were understandably upset.

Among those were fellow athletes who’ve been actively trying to combat the homophobia that’s long been associated with professional sports.

But despite Folau’s comments clearly being at odds with Rugby Australia’s inclusion policy, the institution did not impose a sanction on him.

And that’s got allies even more vocal.

Simon Dunn, the openly gay bobsledder, decided a photo would be worth a thousand words and shared a “victory kiss” with his partner Felix while dressed in rugby gear. They both play on London’s queer-inclusive Kings Cross Steelers.

Dunn took it a step further by re-sharing the photo and tagging Israel in the caption.

In an interview with Gay Times about Israel’s comments, Dunn said: “Unfortunately the sporting world is still a place where kissing my partner after our team’s victory is still seen as an act of defiance or rebellion.

“It’s an environment where someone’s homophobic comments can be defended as ‘just his opinion’ and that truly is worrying.

“I’ve devoted my life to sport, and as an out and proud athlete I’ll continue to do what is natural for me, and hopefully break down stereotypes in the process.”