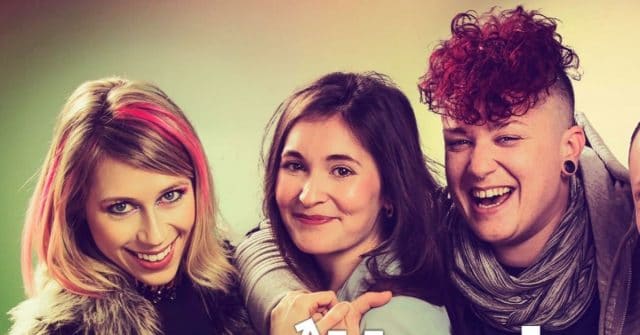 A performance of Rotterdam at Nuffield Southampton Theatres (NST) was cancelled after two actors were victims of an anti-LGBT+ hate crime.

Rotterdam, written by Jon Brittain, has received high praise since its initial West End run and is currently touring the UK.

The play, about a couple coming to terms with coming out and transitioning, won an Olivier award in 2017 and was due to end its run in Southampton before heading to Eastbourne and Manchester.

Posting on Twitter, the official account for the play confirmed that the Saturday (June 8) performance, and the last in Southampton, had been cancelled following an incident involving two members of the cast.

“We regret to announce that today’s performances of @RotterdamPlay @NSTheatres are cancelled as a result of a hate crime directed at two of our actors,” the Twitter post said.

“We are devastated that this kind of behaviour is still so prevalent, a fact which reinforces the importance of this play’s message.

“We are doing all we can to support the team and thank our audiences and colleagues for their support.”

Rotterdam has been well-received by critics and audiences. (Helen Maybanks/Hartshorn-Hook Productions)

The Twitter account posted an update to confirm the actors were assaulted on their way to the theatre, where they were verbally abused and had stones thrown at them. One actor was struck in the face and received minor injuries, but was left shaken from the crime.

One of the actors involved, who was not named, said via the Rotterdam account: “The attack happened because we were embracing. There’s no mistake that this was a homophobic hate crime. It was a cowardly attack as it was a moving car. Our community shouldn’t have to tolerate this.

“This is why we have Pride. We should take all steps we can in the education system to help to eradicate this aggressive ignorance from strangers to other strangers.”

Gendered Intelligence, a trans youth consultancy agency, tweeted: “We’re devastated that the queer and trans cast of @RotterdamPlay have been attacked in the street.

“Right now they are touring with the message of learning to love yourself and others for who they are – it is shameful that they have been assaulted. Love to the cast and crew.”

The play is expected to resume at Devenshire Park Theatre in Eastbourne on Monday (June 10).