Home Gay Life There is going to be a new gay club opening up in... 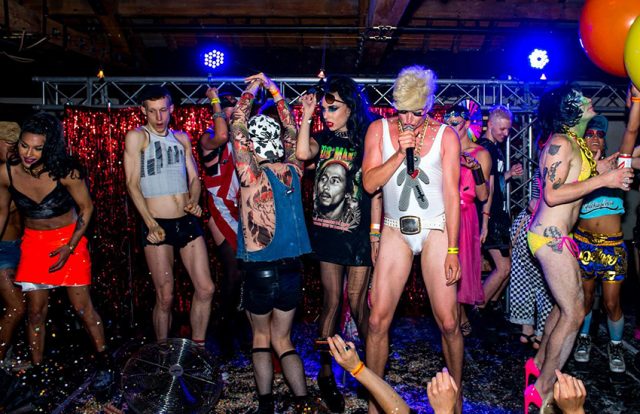 And it’s going to be open until 5am

A gay man is going to be opening up the first new LGBTI nightclub in London in years.

Following numerous closures from across the city, legendary queer nightlife trailblazer Wayne Shires will be opening up Bloc South in Vauxhall, south London.

It will be a sister club to the already successful East Bloc in Dalston, east London.

Shires, who has previously owned clubs like Substation, Bar Industria, Area and The Cock, defeated numerous obstacles to gain a 5am license. The license hearing saw all opposing authorities cite Lambeth Council’s ‘Hours Policy’ which states new nightclubs to close no later than 2am. Shires was supported by Keystone Law, along with Francis Taylor Building.

However following support from Lambeth residents, as well as Lord Brian Paddick, the licensing sub-committee accepted the policy could be applied flexibly and were prepared to make an exception in this case.

‘The sub-committee will be aware of trends in the LGBTQ community in recent years including the closing of many LGBTQ venues in London in general and South London in particular,’ Paddick said.

‘There has also been a move to arranging to meet people ‘online’ with the inherent dangers associated with not meeting in a neutral location first.

‘In my opinion, there is a real need for ‘safe spaces’ for members of the LGBTQ community to meet and socialize and I believe Wayne’s application is timely and desirable.’

Bloc South will be at 65 Albert Embankment, taking over from Club 65 which closed in August last year. The space has a capacity of 300 people.

According to the license application, the club will open seven days a week. It will be open from 12pm to 1.30am from Monday to Thursday, open till 5.30am on Friday and Saturday, and close at 2.30am on Sunday. The bar will stop serving half hour before closure.

Bloc South is expected to open next month. ‘LGBT venues are important because there are so few and it’s really important for people to be themselves,’ Shires has previously said.

‘There are thousands of venues in London but what venues can a boy walk in with a beard, covered in glitter, wearing a jockstrap dance on the bar in heels? It’s important we are a safe playground.

‘What I remember growing up is that I loved going out and feeling part of a family. And I think it’s really important to help the legacy of what has come before, to go forward.’

Between 2007 and 2015, nearly 50% of all London’s night-time venues closed. Among the high-profile casualties include the Black Cap, Richmond Arms, Joiners Arms, George & Dragon, The Hoist, as well as Vauxhall’s own Bar Code and Area.