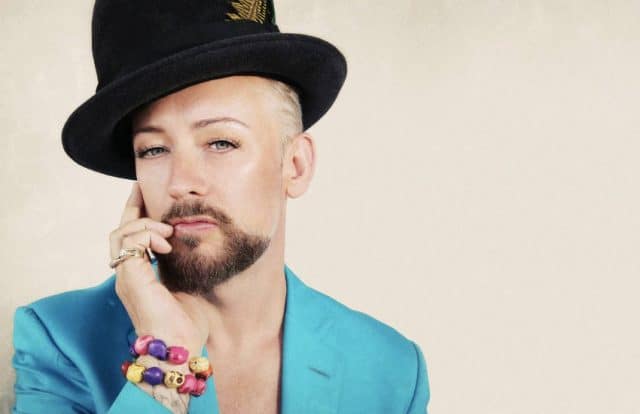 On the heels of Bohemian Rhapsody’s success and Rocketman’s premiere, MGM is developing a biopic about Boy George.

According to , Sacha Gervasi is set to write and direct, while George will co-executive produce.

The movie will chronicle George’s humble beginnings coming from an Irish working-class family, to his rise to stardom. Throughout his career, George has achieved enormous success both in the band Culture Club and as a solo artist.

George made an impression on fans and the world with his uncompromised, authentically himself persona, including androgynous attire and honesty. He’s also the author of two bestselling autobiographies.

‘There is no filmmaker better suited than Sacha Gervasi to tell George’s confessional story with the irreverence and emotion it deserves,’ said Jonathan Glickman, MGM’s Motion Picture Group President, in a statement.

‘We couldn’t be more thrilled to be working with both of them to bring this remarkably honest and wildly entertaining tale to audiences around the world.’

This is the second big musical biopic on MGM’s docket. They also have one in development about Aretha Franklin, with Jennifer Hudson tapped to star.

One of the biggest trends in Hollywood right now is the musical biopic. While they’ve always existed, Bohemian Rhapsody’s and lended them a huge boost.

Then Rocketman, the biopic of Elton John, opened in the UK last week and in the US this weekend. It’s been earning rave reviews and made history as the .

Now there’s a whole slew of musical biopics on the horizon.

There’s the one about Judy , another about , and Rocketman director Dexter Fletcher said he’d love to do one about .

Boy George is the latest.