Home Gay Life There’s now a bill to ban LGBTI discrimination in the US foster... 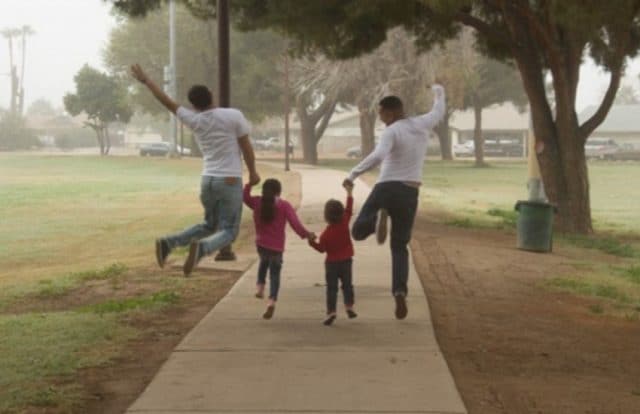 Legislators in the US House of Representatives reintroduced a bill banning LGBTI discrimination within the foster care system.

The bill was first introduced in 2013, but never enacted. It specifically called for LGBTI anti-discrimination measures.

The bill prohibits discrimination on the basis of religion, sex, and martial status. This newest version of the bill explicitly states sex includes sexual orientation and gender identity.

The bill outlines protections both for LGBTI youth in the foster system, as well as LGBTI parents seeking to adopt.

According to the bill, there were 443,000 youth in the US foster system. 123,000 of those children were ‘eligible and waiting to be adopted’.

LGBTI youth are ‘overrepresented’ in the system, comprising about 22-30% of foster youth.

‘While some LGBTQ youth enter foster care for similar reasons as non-LGBTQ youth, the two most common reasons for LGBTQ youth are high rates of physical abuse and conflict with parents,’ the bill states.

These youth also report higher rates of discrimination and harasssment than their non-LGBTI peers.

The bill also states 60% of LGBTI homeless youth were previously in the foster system and ‘many reported that living on the streets felt safer than living in a group or foster home’.

Per the bill, researchers need to conduct more studies about LGBTI foster youth and their experiences. Foster agencies also need to provide data on LGBTI youth — something the Trump administration wants to .

Same-sex couples are seven times more likely to foster and adopt, and tend to ‘be older than, just as educated as, and have access to the same economic resources as other adoptive parents’, according to the bill.

The bill also addresses foster agencies using religion to and other potential parents (such as religious minorities and single parents).

The bill advises: ‘A covered entitity shall… be language appropriate, gender appropriate, and culturally sensitive and respectful of the complex social identities of the children and youth, families, and adults currently or prospectively participating in or receiving child welfare services.’

Agencies should promote research and training for best helping LGBTI youth and parents. Further, any agency that does not comply with the Act can be denied federal funds.

When introducing the legislation, Lewis said: ‘Too many children dream of a stable, loving family.

‘Many adults want to open their homes and their hearts, but they also are facing more and more barriers, because some officials can say they practice the wrong religion, love the wrong person, or are not married.’

Lewis added the bill ‘puts the happiness and well-being of our children front and center’.

‘We are failing a full generation in the early stages of their lives,’ González-Colón said. ‘Since we are unable to provide them with the necessary tools that will set the base for their future actions or decisions by denying them the love of a family by mere prejudices and lack of understanding of that love that has no barriers imposed by society.’