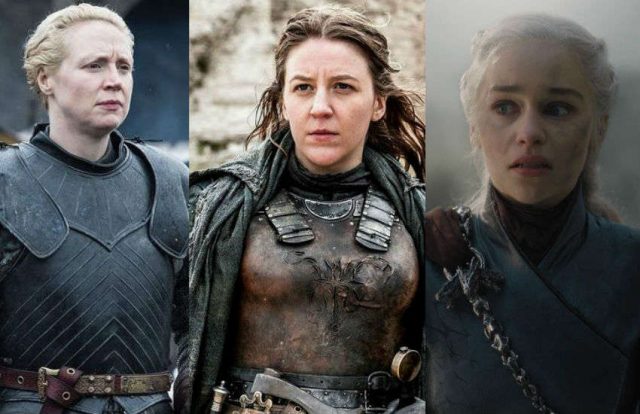 The final episode of Game of Thrones is approaching fast and will be the culmination of what many, even among staunch fans, have described as its worst season.

How could such a hotly anticipated TV event turn into a huge disappointment?

The eighth and final season of the HBO fantasy drama follows the hasty mess that was season seven, which significantly differed from what George R. R. Martin had in mind for his book series.

This new season bears the marks of the inevitable downfall of what was one of the best series in recent TV history.

Don’t get me wrong. Game of Thrones did change the game for television by delivering some of the most riveting episodes we’ve seen in years. That is why it is extremely painful to see it heading for the rocks.

It’s certainly hard to live up to the hype now that the rug has been pulled out from under the writers’ feet. They can no longer rely on Martin’s structure and it shows.

However, after a twenty-month wait and an average production cost of $10 million per episode, fans were expecting something that would knock them off their feet. Something that is very unlikely to happen at this stage.

This season has had good bits that most average series could only dream to incorporate. But Game of Thrones is not an average series. Or at least it didn’t use to be.

The raging fandom has even started a petition asking HBO to hire ‘competent writers’ to rewrite season eight. That’s how hilariously bad it is.

Why don’t you just stop watching, any sensible person would ask. Because we invested eight years of our lives to witness this epic disaster happen before our very eyes.

Game Of Thrones fans deserved better. What’s worse, its protagonists did, too.

Warning: spoilers for seasons 1-8 of Game Of Thrones ahead

Game of Thrones isn’t different from other mainstream shows in its treatment of LGBTI characters.

The Bury Your Gays trope is very real in GoT, to the point that nearly all of its major queer characters are now dead or presumed dead. 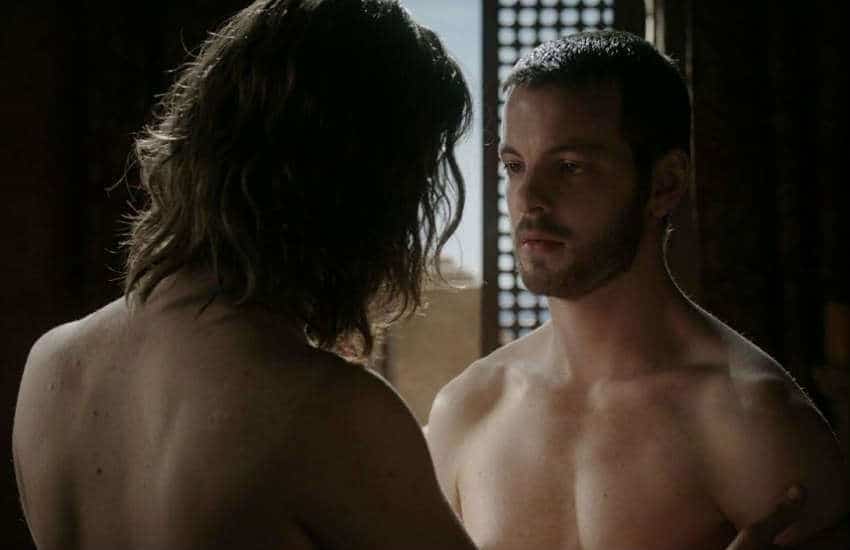 Renly Baratheon (Gethin Anthony) and Loras Tyrell (Finn Jones), one of the most beloved couples in the books and the only two explicitly gay characters, are both dead on the HBO show.

In the novels, Renly shares the same fate of his onscreen counterpart, whereas Loras is still alive.

What upset fans the most, however, was that Loras didn’t seem to mourn Renly as desperately as he does in the books, where he swears he’ll never love anyone else. This suggests that their relationship in the show isn’t as significant as it is in the novels. 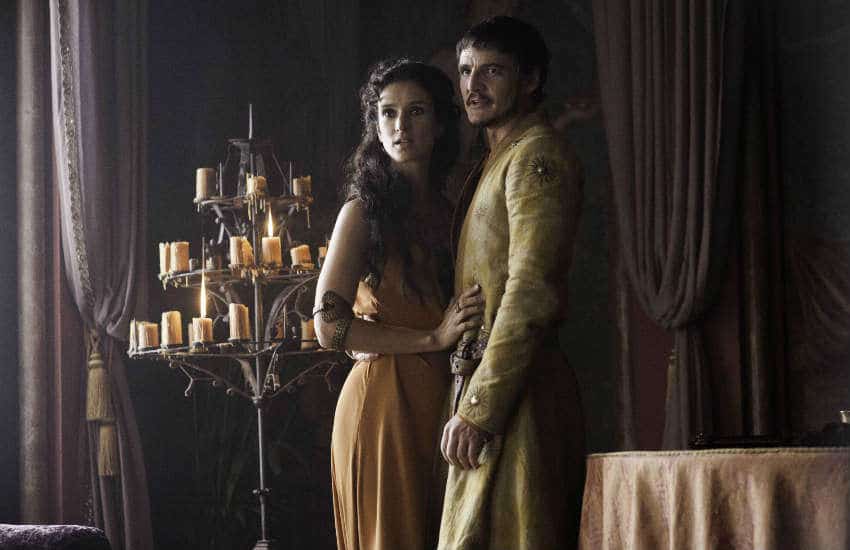 Oberyn is murdered by the Mountain in a duel in both the show and the books.

In the TV series, Ellaria is kept a prisoner in King’s Landing and presumed dead after Daenerys burns the city to the ground in the last season.

In a sample chapter from the yet-to-be-published novel The Winds of Winter, Ellaria is travelling with her daughter Loreza to Hellholt, the seat of her father.

Warning: major spoilers for the final season of Game of Thrones ahead

Although disappointing on a general level, the lazy storytelling this season did GoT women dirty. To be fair, Game of Thrones has never excelled in the way its female characters are depicted.

Martin gave us some interesting, complex female characters that the show could have – and, in very rare instances, has – developed further. All efforts have been nullified in season eight, where misogynistic writing reaches its peak.

A glance at the writing credits for all seasons is enough to explain this.

It’s a male-dominated microcosm which occasionally lets a woman in to write an episode or two. Moreover, the show has only ever had one female director. The embarrassing unbalanced ratio of female vs. male nude scenes must be a consequence of this, too.

Just like the previous years, creators David Benioff and D. B. Weiss penned most of the scripts for this final season. And it was a plethora of trite tropes and sexist storylines.

Before bringing up the ‘historical accuracy’ argument, let’s bear in mind that Game of Thrones is set in fictional continents which don’t necessarily share the same set of antiquated, sexist conventions of western Middle Age.

If I wanted historical accuracy, I’d watch a History Channel documentary. As if those actual past societies didn’t have strong women. Or non-white and non-straight people, for all that matters.

Shouldn’t we expect more from a show of this caliber than just indulging in overused plot points which do no good to their characters or viewers? 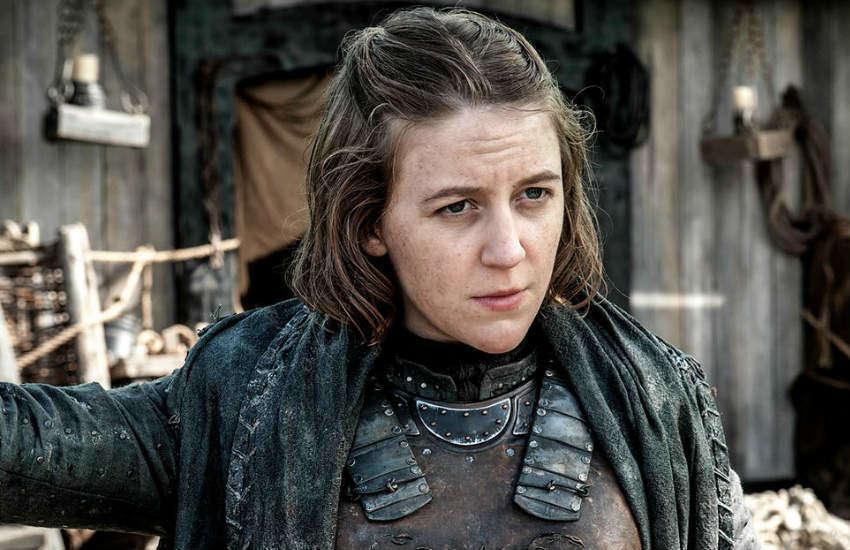 Except we don’t get to see it on screen. And we have no idea who she actually takes them back from.

The only queer female character still alive and kicking does something powerful and we find out from Lord Varys, in an easily forgettable line that you might not even hear if you’re too bored to care at this point.

Let’s hope she shows up for the series finale. 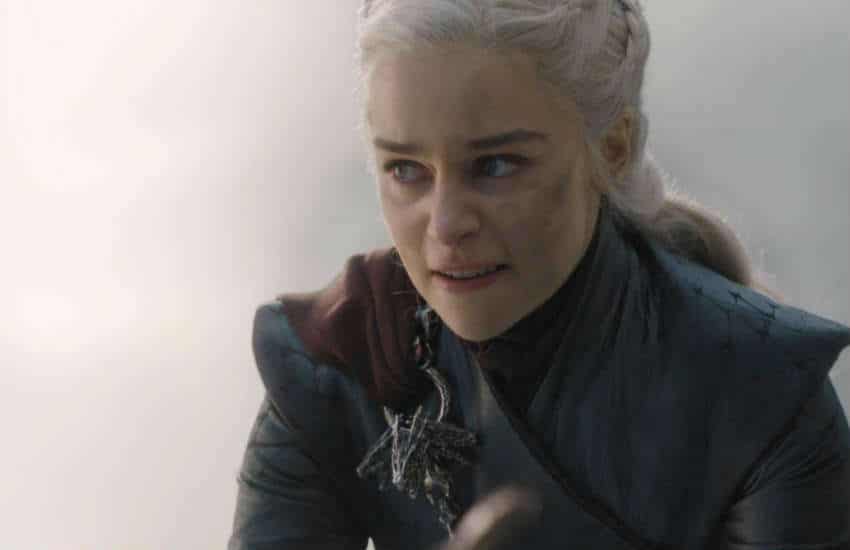 This white saviour stereotype of a character has never been the biggest fan of democracy. Or of peaceful means to solve conflicts.

The mother of dragons is rejected by her lover/nephew Jon Snow (Kit Harington), a cringe relationship that should have never happened in the first place.

A raging Dany then rides the only dragon she has left to fight Cersei in King’s Landing. It doesn’t matter if the Lannisters surrender because Dany has gone full mad queen and roasts civilians to their death.

It was just a matter of time before Dany followed in the footsteps of her father Aerys, known as The Mad King. However, seeing her going crazy because Jon betrays her is disheartening at the very least.

Hell has no fury like a woman scorned, right? Yeah, but how about no? 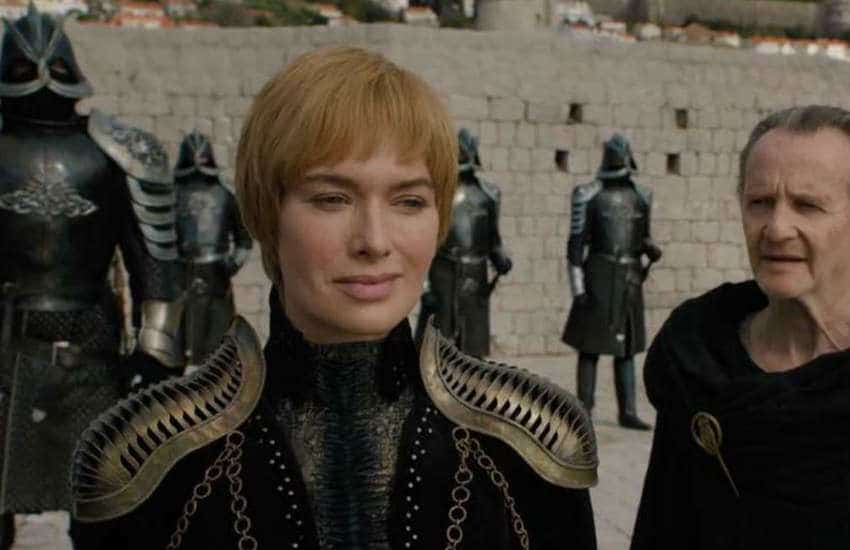 The woman with a full glass of red in a hand and a few tricks up her sleeve dies like an insect while her fortress crumbles to the ground because, you know, love.

Remember Cersei’s brother/lover Jaime (Nikolaj Coster-Waldau), the one who raped her in front of their son’s corpse? The incestuous pair reunite and share one final kiss before they both are crushed to death.

And that’s a rather unimpressive ending for the greatest villain of the series, and one of its greatest actors. Shame. 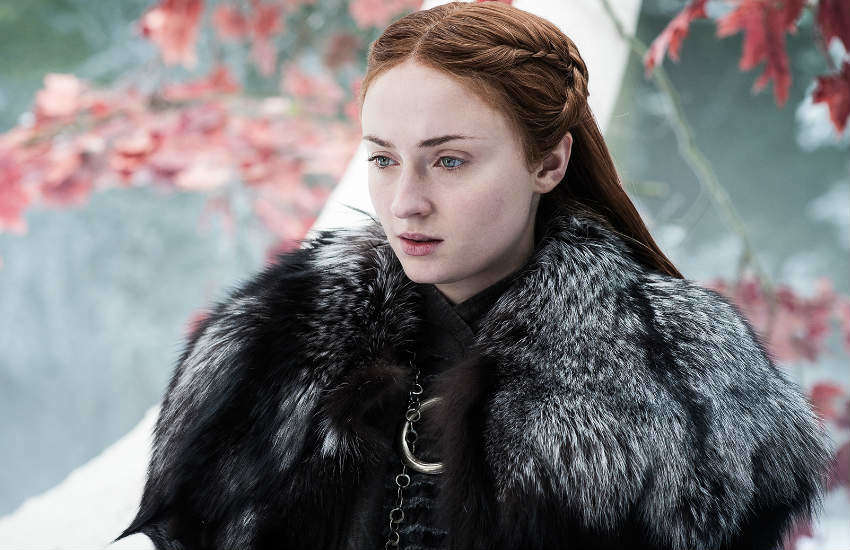 Sansa Stark (Sophie Turner) has possibly received the worst treatment of any female character on the show. And she got rewarded for it with one of the most interesting narrative arcs because that’s how it works on Game of Thrones.

In the show, she has been in abusive, coercive relationships and beaten up, raped and tortured multiple times at the hands of some of the most hideous characters. Hello, Joffrey and Ramsay.

And, somehow, the screenwriters tried to turn that history of sexual, physical and psychological abuse into a developing point. Sansa herself tells The Hound (Rory McCann) she wouldn’t be where she is today, hadn’t it been for those terrible experiences.

Saying her history as a victim turned her into a warrior romanticizes the abuse. The ‘what doesn’t kill you…’ is a trope only those who have never experienced any kind of violence can think of as a legitimate way to justify a character’s personal growth. 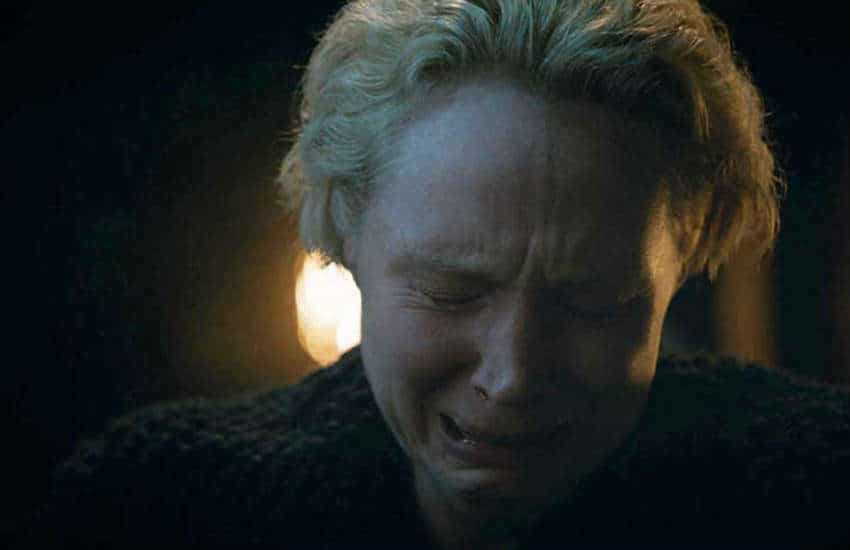 A career-focused woman gets a long overdue promotion but realizes there is more to life than just work.

After Brienne (Gwendoline Christie) is formally accepted within the ranks of Westeros’s boys’ club, there’s just one thing missing in her life: true love.

This could be the perfect plot for a cheesy romcom straight from the Noughties, not for a GoT subplot.

Brienne gives up her virginity and dignity for Jaime, who seduces her with vomit-inducing pickup lines right before going back to Cersei.

The whole situation was gratuitous, treating virginity as something to get rid of and turning Brienne, notably the strongest woman in the Seven Kingdoms, into a begging, weeping mess, asking a man to stay. 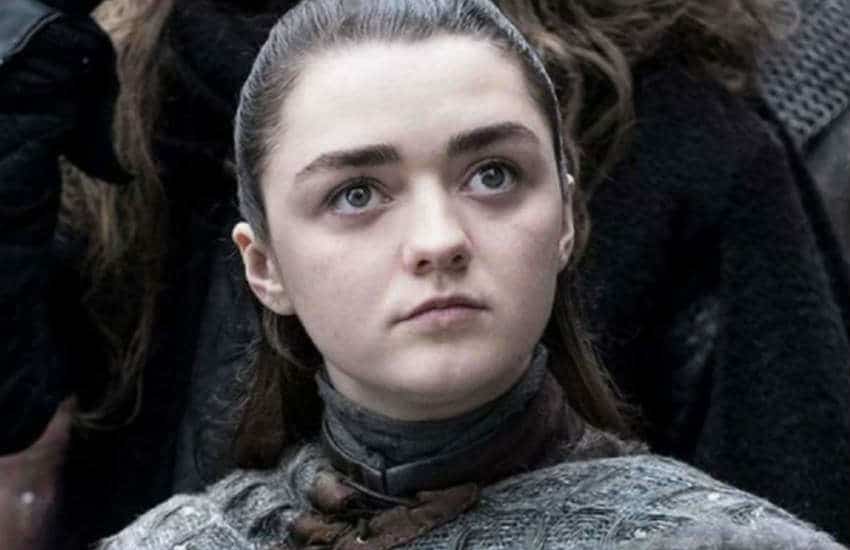 Arya Stark (Maisie Williams) is the most consistently written female character of the entire show.

She has been revenge-driven ever since her father’s untimely death in season one.

She’s a trained assassin whose sole aim is to seek justice, even if this means killing those who hurt her and her loved ones.

In season eight, we get to see a different side of Arya. Before The Long Night, she has sex with Gendry (Joe Dempsie). Unlike what happens with Brienne and Jaime, it’s Arya who initiates the sex, asks for consent and leads the action. The scene is shot from her point of view.

After she loses her virginity in a way that makes sense with her whole story, she goes on to fight the most important battles of Westeros. And she kills the Night King, attracting fans’ criticism because that was supposed to be the culmination of her brother Jon Snow’s (Kit Harington) narrative arc.

Many called Arya a Mary Sue, a perfect female character lacking in flaws. But Arya is perhaps a more trained fighter than Jon is and, albeit unexpected, the killing of the Night King comes after years of training. She earned it.

Her big revenge plan is halted by The Hound in the fifth episode. As she is willing to sacrifice herself in order to kill Cersei, he stops her. It is sensible advice, but this is yet another instance of a man telling a woman what is best to do. And seeing stubborn, strong-willed Arya following this piece of advice did feel a little off.

Despite this weird moment, having such a fierce female character on the show has been fantastic. Arya’s young age only adds to how awesome she is and gives the chance for younger audiences to look up to her.

But it’s 2019 and we definitely need more than just one token badass female character standing out.

David Benioff and D. B. Weiss should keep that in mind when writing the new Star Wars trilogy, set to be their next big endeavor. There’s a lot that could go wrong with that.