“To watch these kids grow in our home is such a reward,” say Jai and Ian Gilyard-Schnaitman.

Since tying the knot in 2015, Jai and Ian Gilyard-Schnaitman have welcomed a total of nine foster kids into their lives. And on September 5, the Michigan couple finalized the paperwork to adopt one, 6-year-old Phoenix.

“The adoption process was 15 months of ups and downs,” Ian, 37, tells NewNowNext, “but we were lucky enough to have a supportive team around us to help us get through it.” 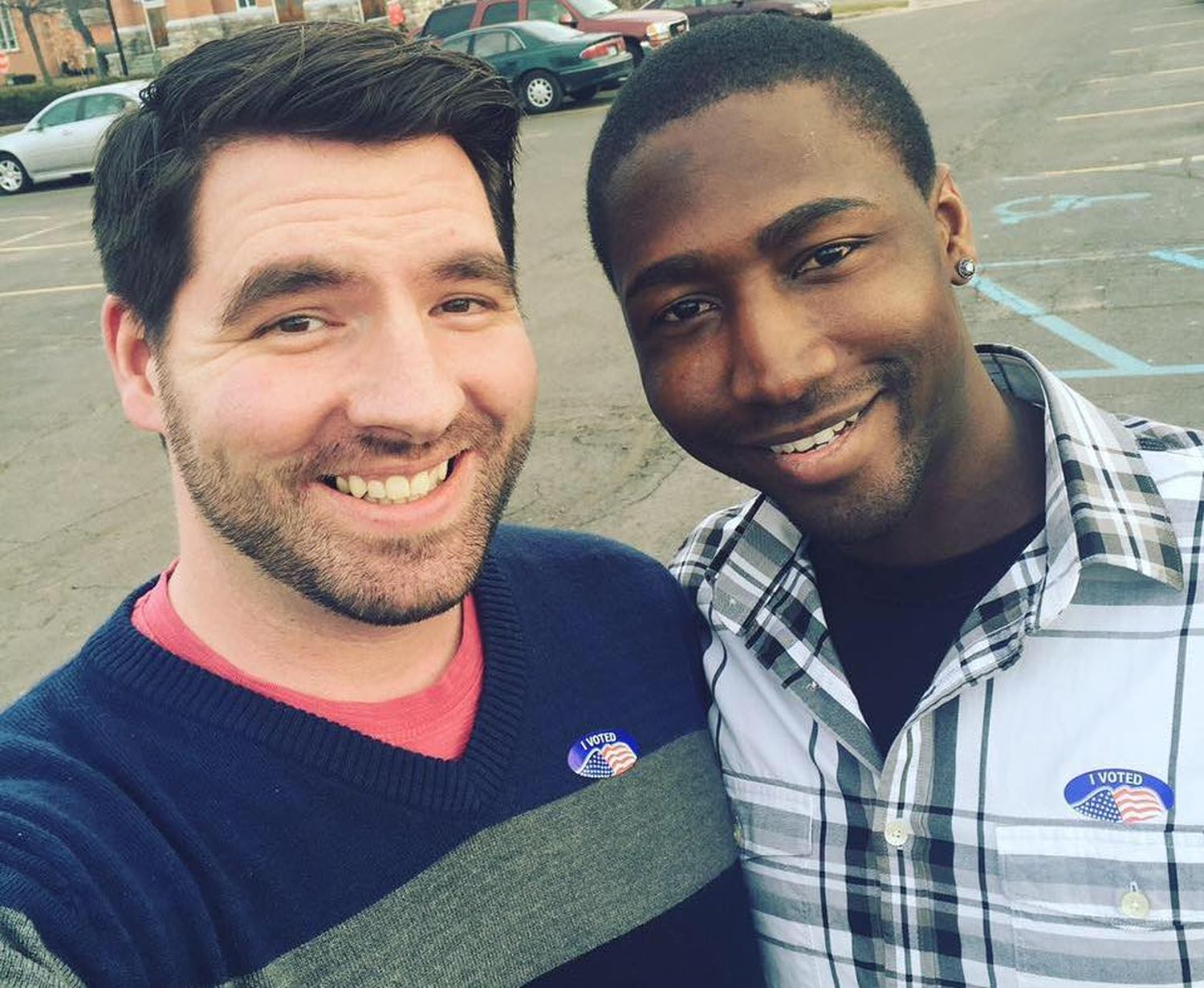 Jai, 31, works as a coordinator for an at-risk residential youth program. His job deeply influenced the couple’s decision to become foster parents, says Ian. “We knew we wanted to have kids. And with Jai working with at-risk youth, we knew how many were in foster care that needed help. And how many needed a forever family.”

They welcomed their first foster, a 12-year-old who’d been badly neglected for his whole life, just a few weeks after getting married. “The summer of our wedding, we’d drive 60 miles round trip to make weekly visits with him so he could get to know us before coming to our home,” Ian (below) recalls. 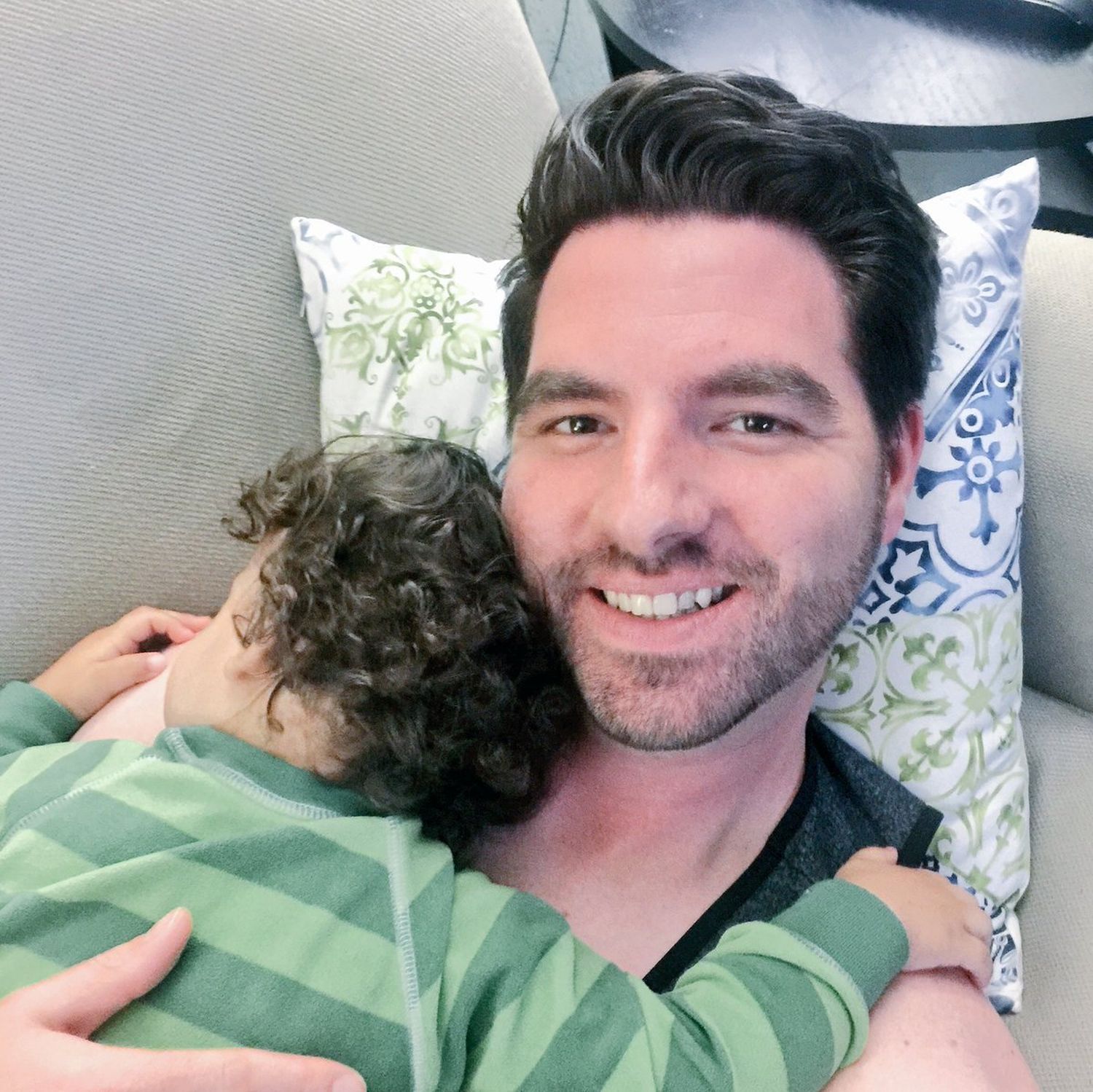 Although they tried their hardest to make it work, after a few months the young boy had to return to a group home because of significant behavioral issues.

Ian and Jai were heartbroken.

“We were a little disappointed, to say the least,” Ian recalls. “Our first foster kid had to leave our home. It was a real eye-opener into the foster world.”

But just a few week later they received a call about two young brothers in need of a home. It it lifted their spirits and encouraged them to give fostering another go. One of those boys was Phoenix. 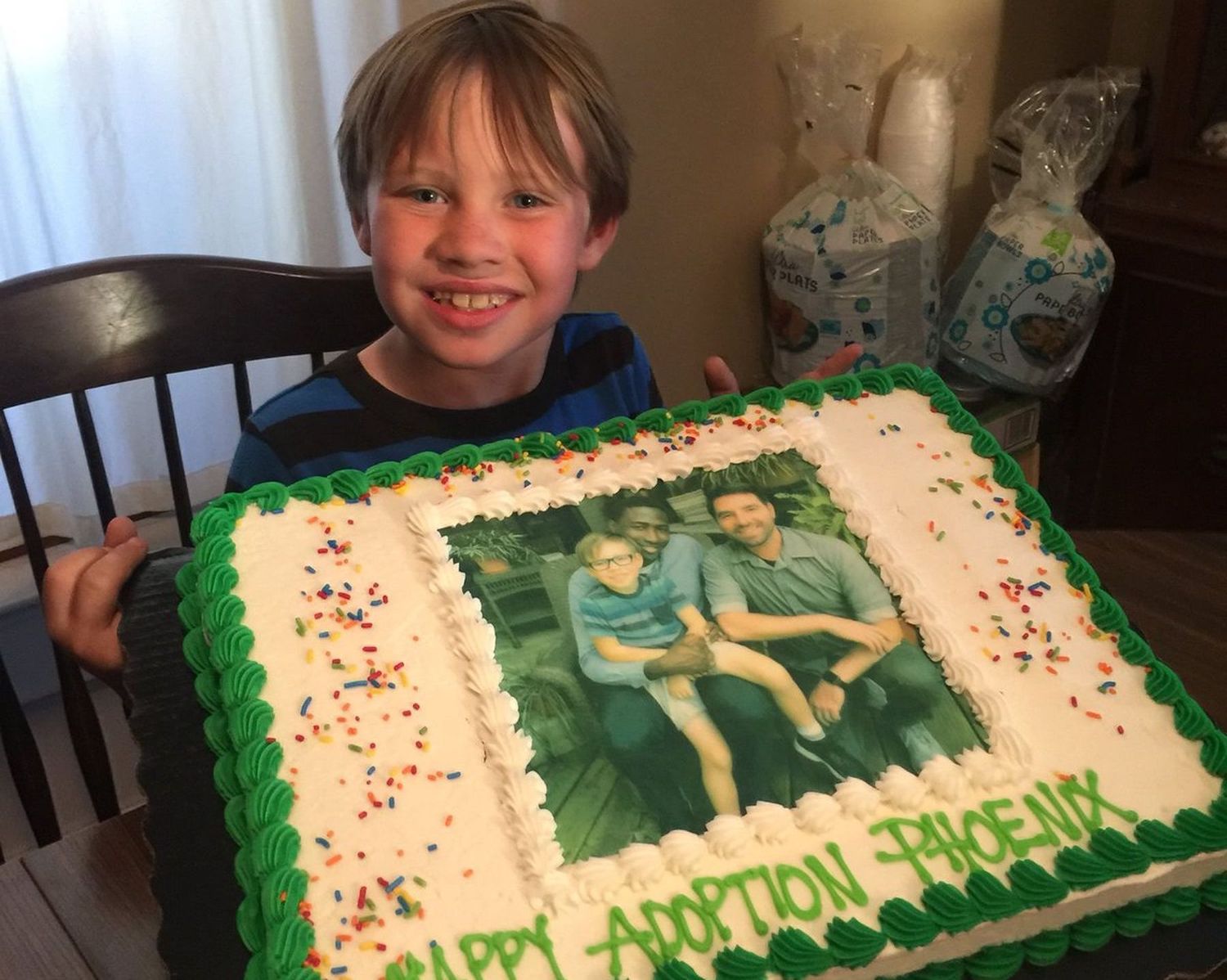 Ian and Jai met online in 2007 and moved in together just a few months later. Ian, who runs a small business, was still in the closet, so Jai helped him come out to his family and community. As the Supreme Court prepared to make a decision on marriage equality in 2015, the guys decided to get married. “We had a good feeling about the outcome, so we started planning in the spring for a July wedding,” says Ian, “We kind of put all our eggs in one basket.” 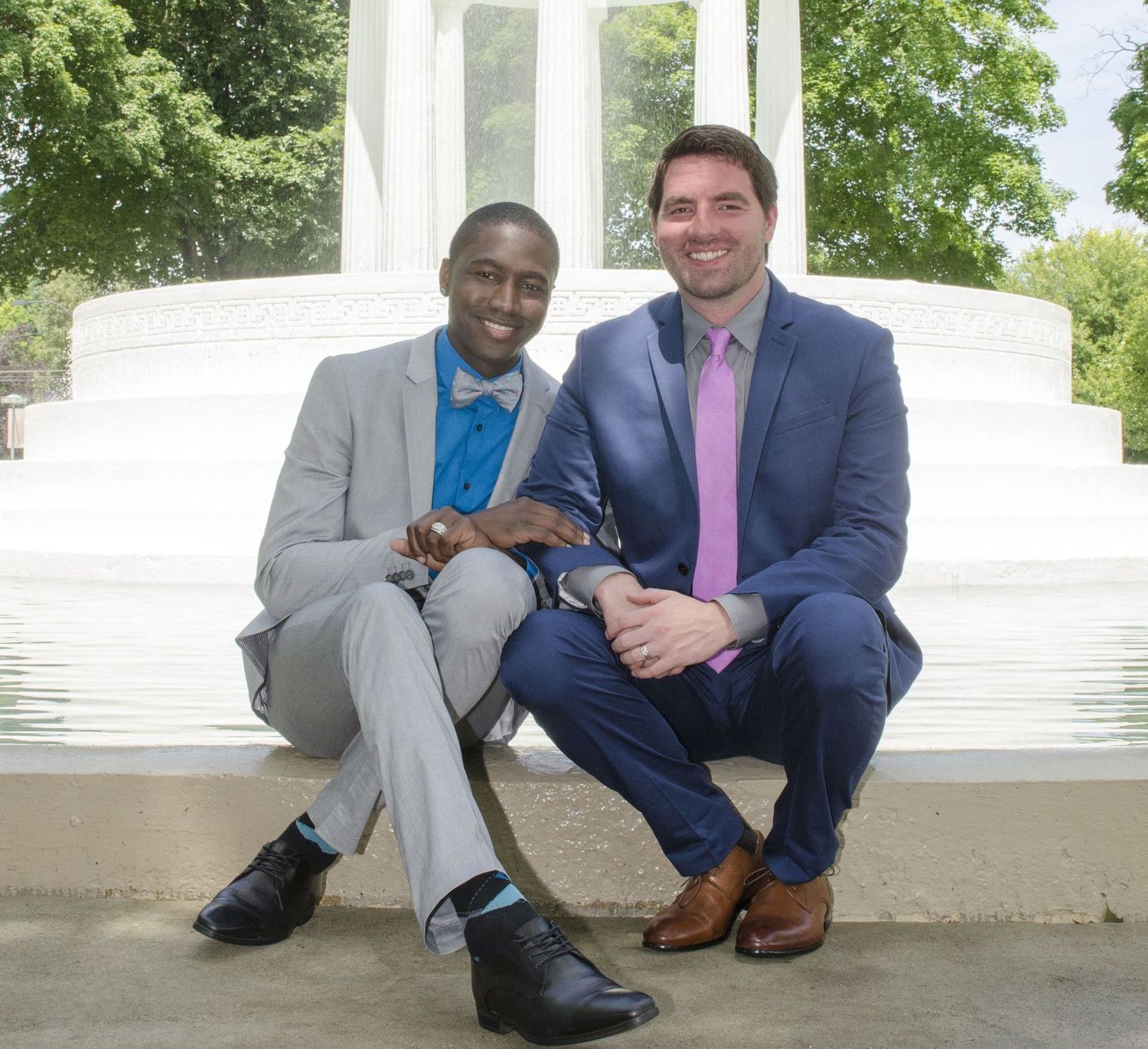 They tied the knot just a month after Obergefell v Hodges brought marriage equality to all 50 states.

Between the two of them Ian and Jai have large families, many of whom live nearby, and they live in a supportive community. Those factors also played into their decision become foster parents.

“Community members love meeting our kids and welcome them with open arms and make them feel comfortable wherever we are within our city,” says Ian. “We truly are thankful. It’s a huge team effort. Sure, it starts with us, but if we didn’t have supportive family, friends and community, we couldn’t do what we do.” 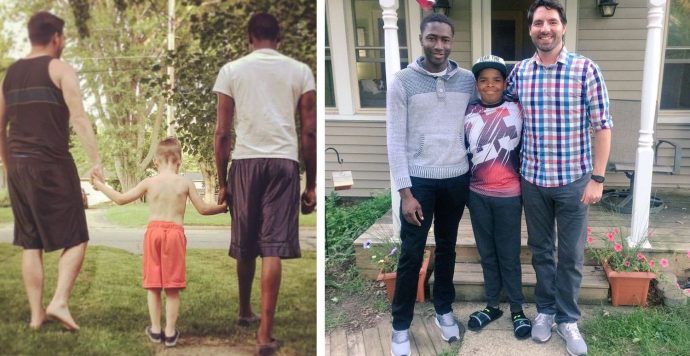 It’s hard when a child moves on—not just for Jai and Ian, but for the extended network of friends and relatives who are helping out. In the end, though, the journey is worth it.

“We know we have so much love to give to others who need it,” Ian says. “To watch these kids grow in our home is such a reward. Some of them enter our home damaged and don’t want to open up. So when they do break down that wall and accept our love, it makes us want to keep going on this foster-care path.”

Since they started, they’ve fostered children from infants to age 16. The most they’ve had in the house at one time was four—Phoenix plus a 12-year-old and a pair of brothers, ages 3 and 5, who just needed a place to stay for the weekend.

“Certainly it’s challenging when you have four kids in the house all at once,” says Ian. “It’s hard even with just one! Sometimes my husband and I would just look at each other and smile. It’s hard work, but so rewarding. To know we could give those brothers a safe home for a weekend, even though we knew it would be a cluster with four kids at once—it was so worth it.”

Hubby and #1 with an impromptu driveway dance party. pic.twitter.com/aL6TuYMfAr

In addition to Phoenix, the guys currently have an 18-month-old baby in the house. And, although changing diapers is new territory, they’re ready to welcome more kids into their lives—and eventually they’d like to adopt three or more.

“Phoenix said he wants to have an older sister and a younger brother,” Ian reveals, “which is perfect because we we’d like to have two boys and a girl.” 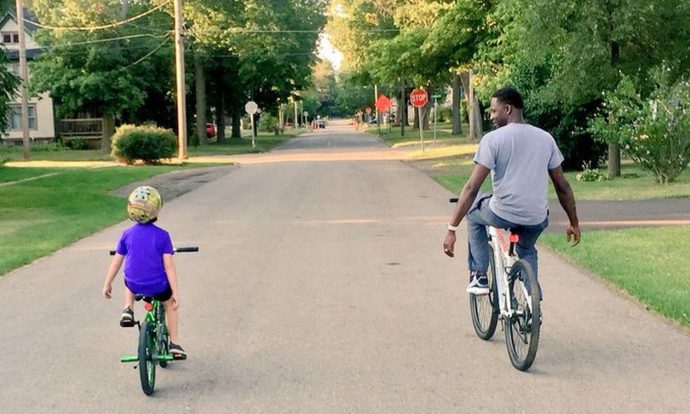 Still, he adds, “in the fostering world, we’ve learned you never know what will happen. We just plan to go forward with open hearts and minds.”