Home Gay Life These gay wedding photos from 1957 are incredible… but who are the... 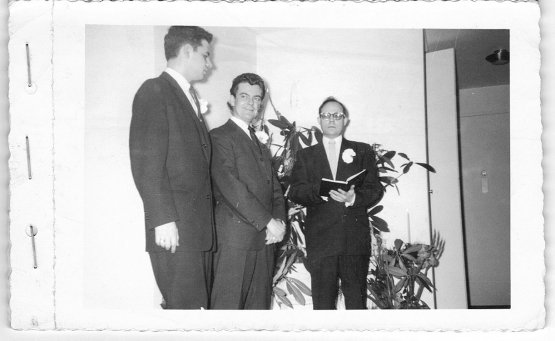 Neal Baer is a board member at the ONE Archives Foundation in Los Angeles, a non-profit dedicated to preserving LGBTQ history. He and fellow researcher Michael Wolfe recently stumbled across a series of photos taken at what appears to be a gay wedding in the 1950s.

Here’s what they know about the pictures: They were printed in 1957 at a neighborhood drugstore in Philadelphia. They capture a ceremony featuring two grooms. The photos also depict the exchange of rings before witnesses, an officiant leading the ceremony, the kiss, the cake, the gifts, and more. 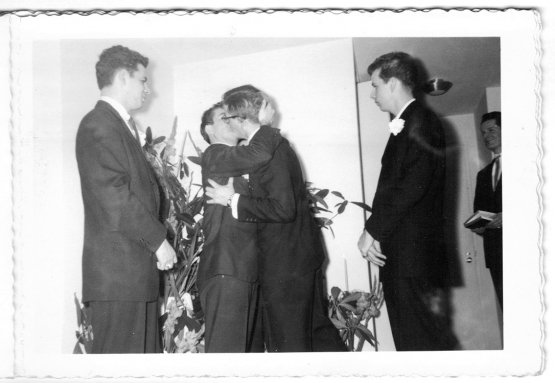 The owner of the drugstore where the film was dropped off to be developed decided they were inappropriate and refused to return them to the unknown grooms.

Now, Baer and Wolfe are trying to identify the couple.

“We just left pretty stunned,” researcher Wolfe adds. “We were a little bright-eyed about, ‘Oh, we’ll just go and find the guys in these photos,’ but it’s turned into a long-term project. We call ourselves like the gay Scooby-Doo. We get to go and hunt down this amazing story.” 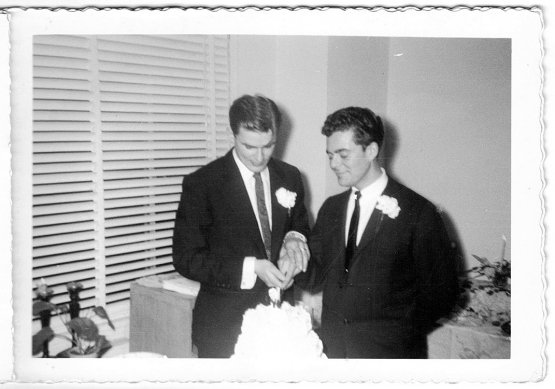 They’ve launched a website–OurOneStory.com–in hopes of tracking down the men.

“Does anybody recognize them?” says Baer. “We’d love to know that. What would be a huge help is just getting these photos in front of a bunch of 80 and 90-year-olds.”

“We are hopeful that in the connected age that we could spread them fairly widely and get more eyes on them,” adds Wolfe. “There are too many recognizable faces among the set that we couldn’t find a match.”

Scroll down for even more photos… 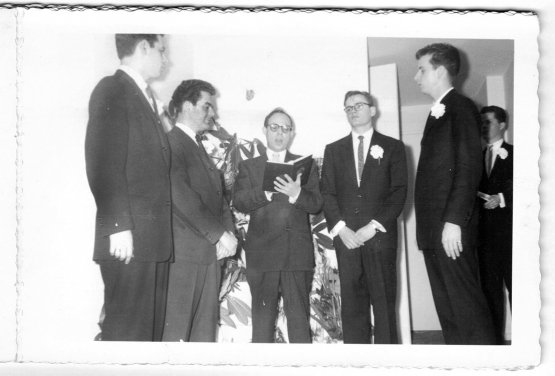 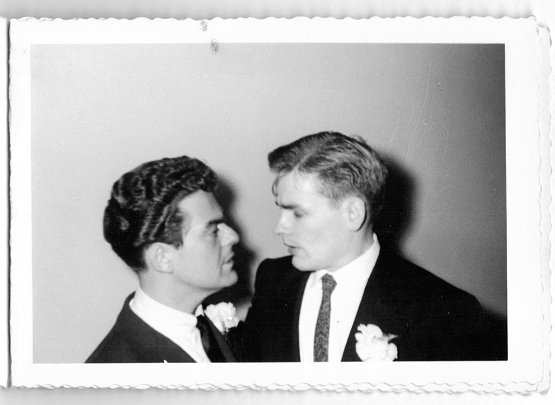 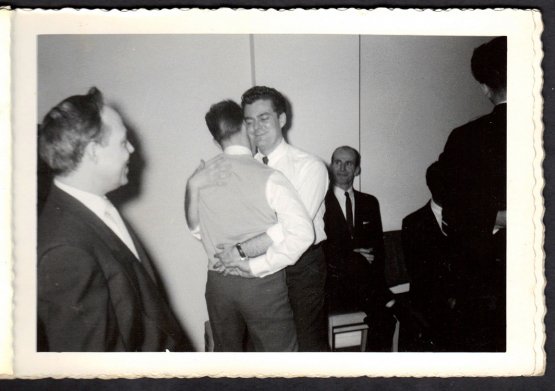 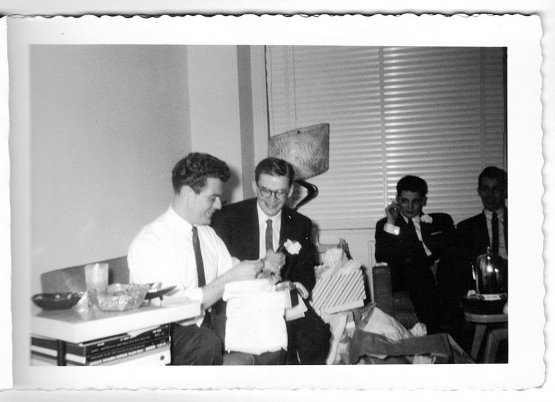 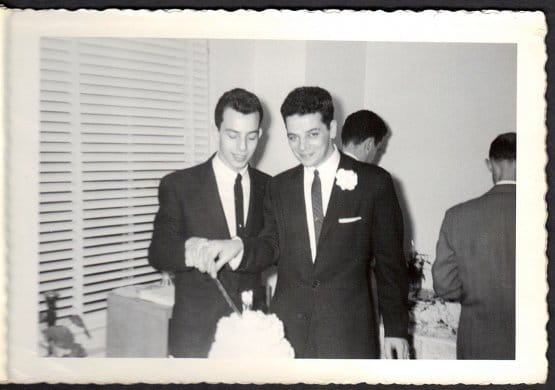 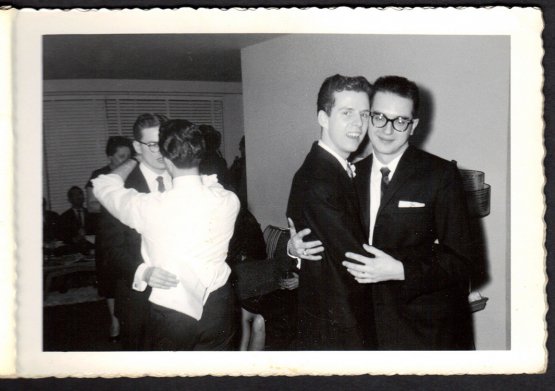 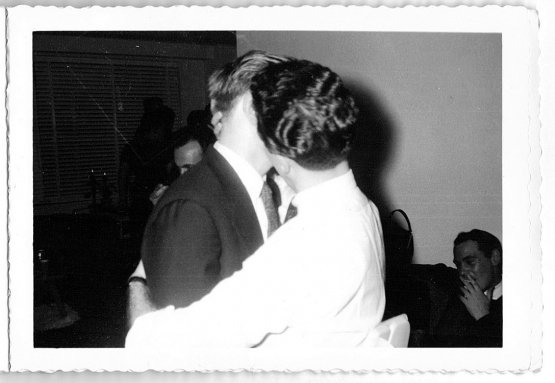