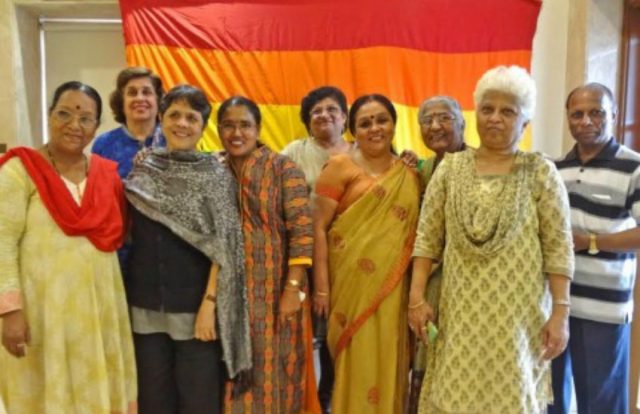 Well, this is adorable. Parents of LGBTI kids come together to be the best allies they can be.

In an first for India, parents of LGBTI people came together to plan a how to best support their children.

The 10 parents attended a closed door workshop in Mumbai to share experiences and to plan their future support.

The main aim was to develop ways a parents’ support group could help each other. They also discussed how to help other parents who may need information or peer-to-peer counselling. They group also talked about how to become more visible in the media and society.

‘There have been parents support meets and acceptance meets in the past, organized by Gay Bombay and Yaariyan, but the parents have mostly been sharing their experiences in public,’ film director Sridhar Rangayan told LGBT Weekly.

‘This was the first time ever they got to spend an entire day with each other, sharing and discussing in a structured formal manner.

‘It was not only a great learning experience, but also a very definitive move towards forming an Indian PFLAG kind of group, first in Mumbai and maybe later in other cities.’

The group were excited to play such an important role and said they had learnt a lot. They believed it was also important to help other parents to support their LGBTI children.

‘My desire is to form an easily accessible group of parents who could assist other parents and children in the closet,’ said Padma Iyer.

‘Hopefully, one day, we will be able to build a shelter home for children who are forced to escape from their homes of birth. This would give all of us all a unique chance to become their foster parents.’

‘The formation of an organized Parents Group is the need of the hour,’ he said.

‘A vibrant and supportive parent group can provide the required cutting edge to galvanize more parents to join in the battle for the cherished rights of their marginalized and discriminated children.’

The facilitator of the workshop, Pallav Patankar stressed the important role parents play in LGBTI advocacy.

‘Parents of LGBT people occupy an important space within the LGBT movement. The discrimination faced by LGBT people extends to the parents,’ they said.

‘Parents are allies, stakeholders and the strongest supporters in this fight for equality. In India, LGBT sons and daughters often continue living with their parents and involving parents’ participation in the movement becomes essential.’