Home Gay Life These photos of a sunny, colorful LA Pride will give you serious... 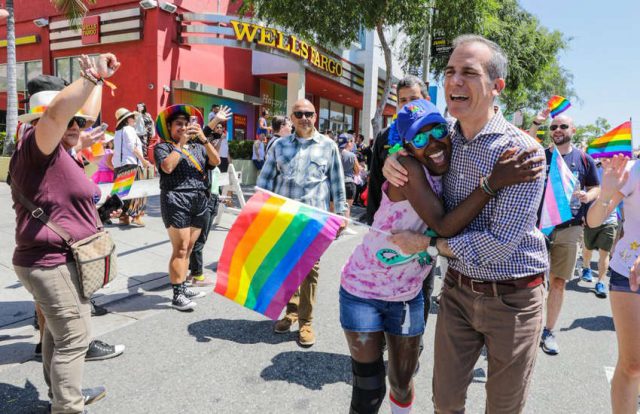 Thousands took to the streets of Los Angeles on Sunday (9 June) for the annual LA Pride Parade.

In a riot of color, glitter, and rainbows marchers walked along Santa Monica Boulevard in West Hollywood between Fairfax and Doheny.

‘The LGBTQI community has come a long way in the last 50 years. It has not been without heartache, pain, sacrifice, and growth’ Wilson said in a statement.

Pride events in the US this year have taken extra significance as they mark 50 years since the kicked off the modern LGBTI rights movement in the country.

LA Pride first took place a year later in 1970 and