Home Gay Life These Soldiers Secretly Fell In Love And Had To Wait Four Years... 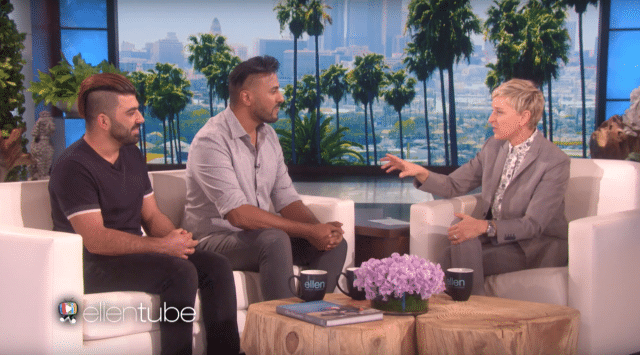 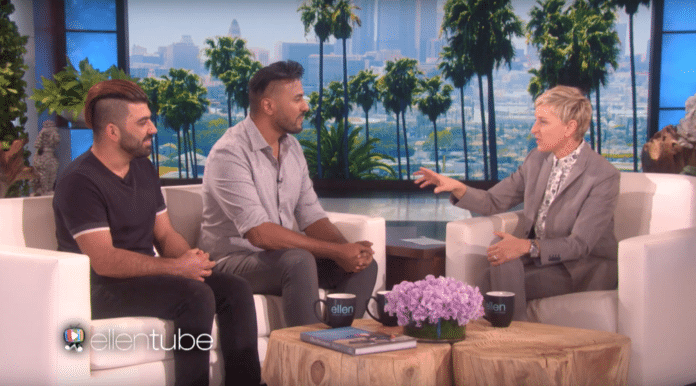 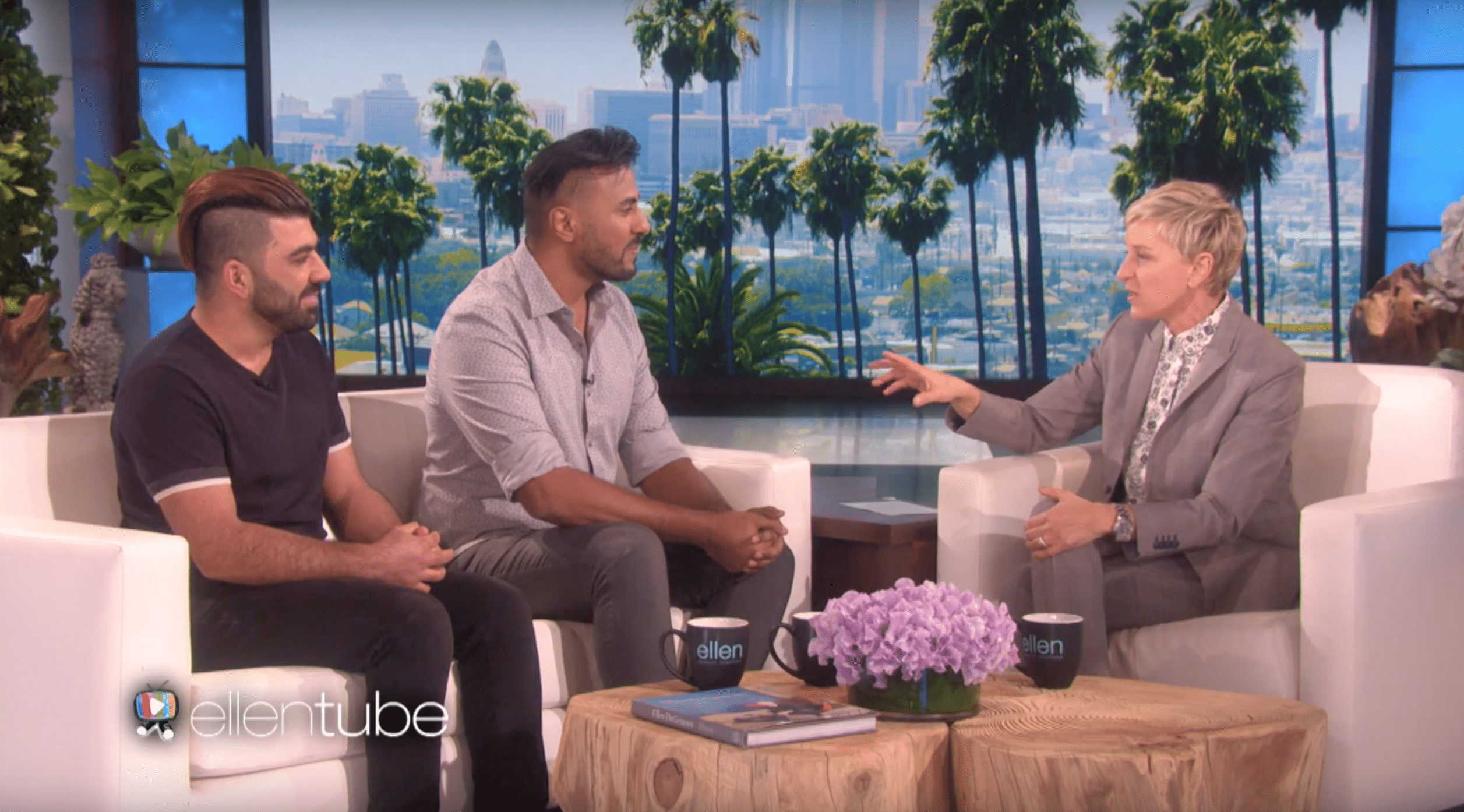 Nayyef and Btoo, who are now married and living in Seattle, met in 2004 during the war in Iraq.

According to  Btoo  ‘gaydar’ helped them to dare to start the relationship.

‘He saw me and started inviting me for dinner and food, we started to talk and my heart started beating for him,’ Nayyef said.

‘It’s too difficult to be gay in Iraq,’ Nayyef said.

‘They find out about you and you either get tortured or get killed. So after our relationship is going bigger and bigger, we felt like we could not stay (there). And at the same time I was in danger because of my job working as a translator and that’s when I applied for asylum to go live in the United States.’

So the couple had to be separated for  four years without seeing each other.

They spoke everyday on Skype.

After four years , finally they could be together again Nayyef quickly proposed and Btoo quickly accepted.

‘Believe me, after that, love wins,’ Btoo says.

DeGeneres asked about their families and if they know that they are gay. Obviously they don’t.

‘It’s not going to be good,’ Nayyef said.

Scroll down to see them! 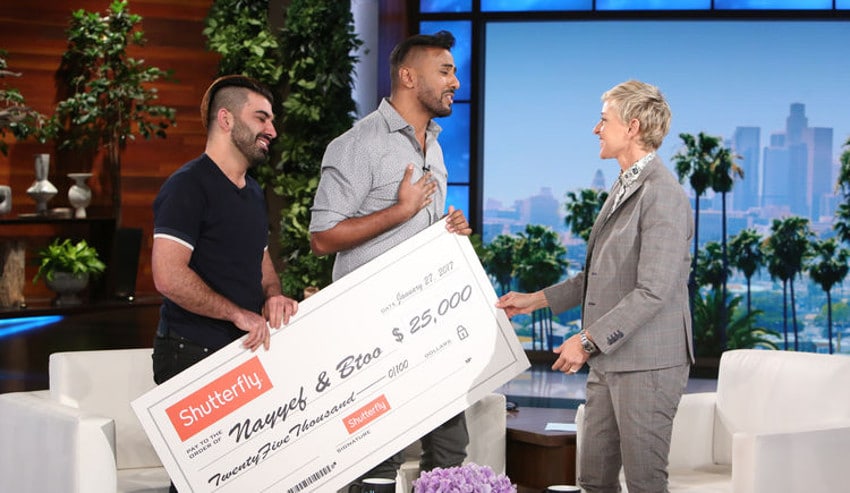 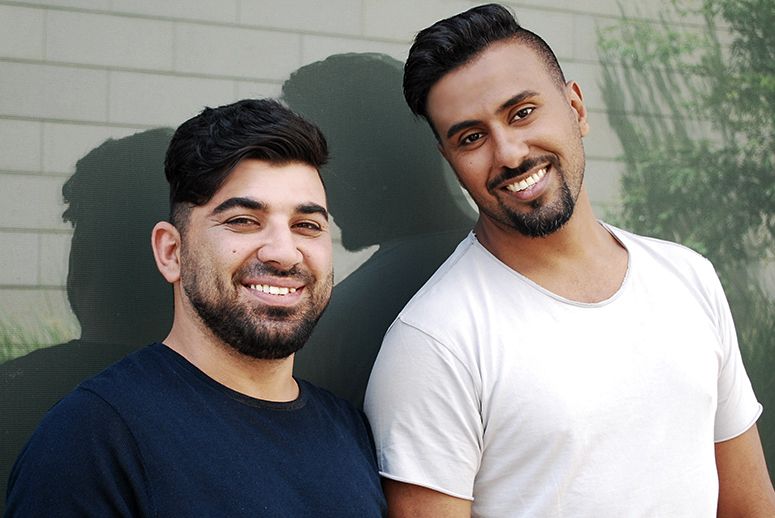 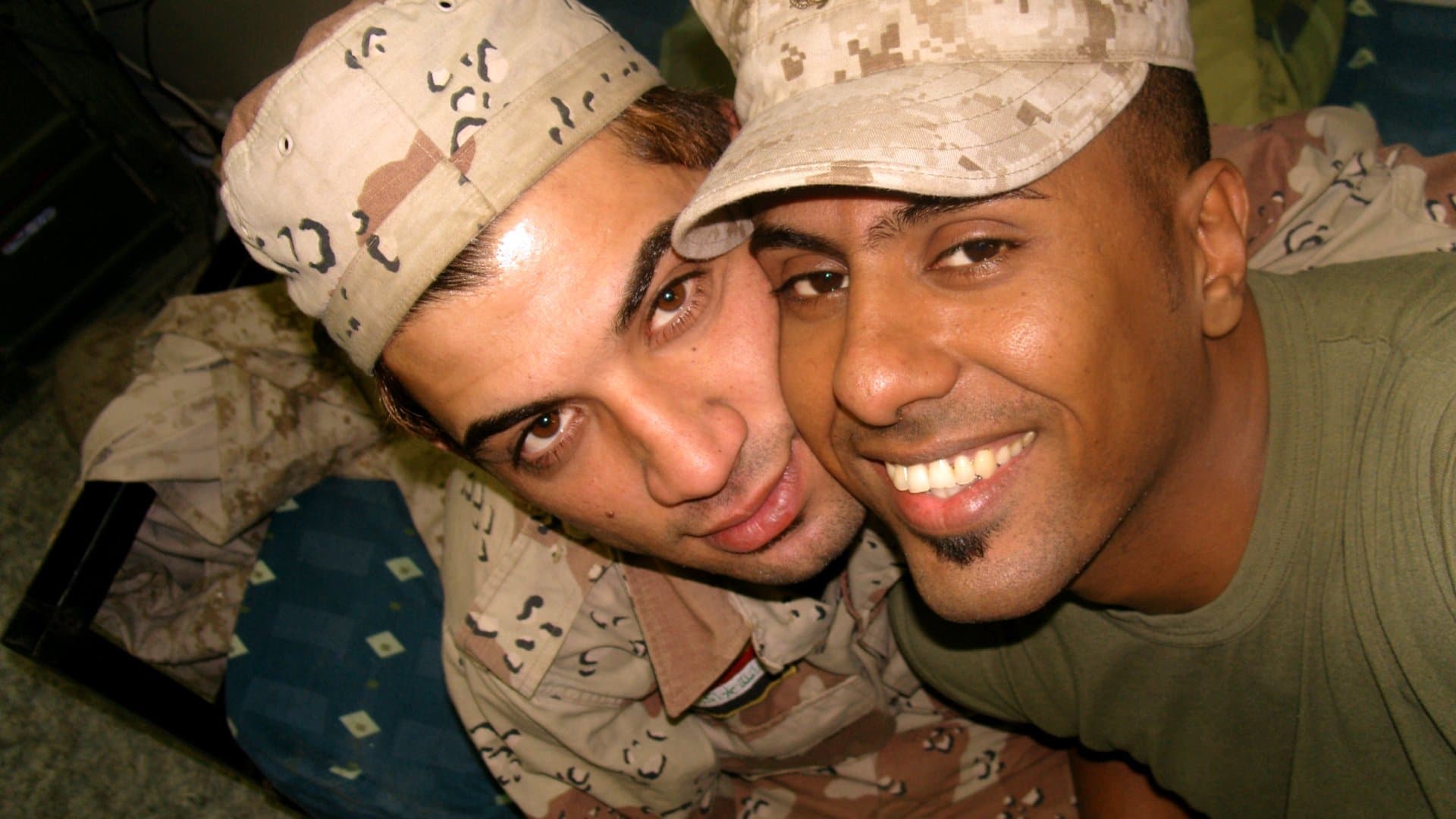