Home Gay Life They’ve Only Been Married A Month And Her Christian Husband Just Confessed... 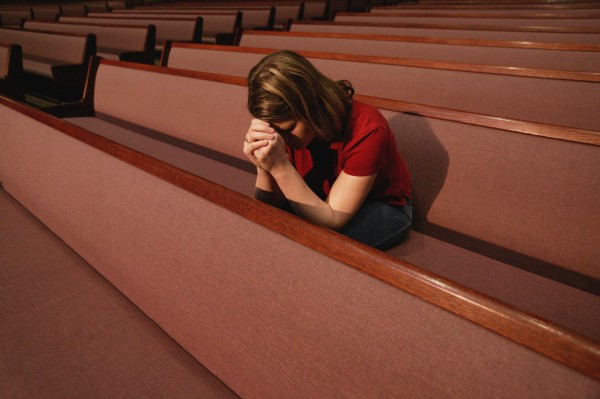 In a new thread titled My Christian husband of one-and-a-half months just told me he is gay. I don’t know what to do, a distraught wife shares he tale of woe with the entire Internet.

“On Wednesday, after much pushing from me, my husband confessed that halfway through our dating relationship, he met with twice and ‘only kissed’ a man that slipped him his number in the bathroom of a movie theater while we were on a date,” the woman begins.

Learning this information, the woman says, left her “devastated, but willing to work through the infidelity because I love him and want to honor our vows.”

“He told me that he wants out,” she writes. “He wants a divorce and wants to ‘leave to explore and discover’ himself. According to him, his grandfather’s death triggered an ‘I only have one life’ reaction and he doesn’t want to continue ‘living a lie.’”

If only grandpa had died a month and a half earlier.

The woman continues: “I convinced him to talk with our pastor–who my husband has known for a long time and confided in/listened to many times–by himself, and then meet with both of us.”

Not surprisingly, the “pray the gay away” meeting with Pastor didn’t go so well.

“I don’t know what has happened,” the woman laments. “At the end of the meeting, when I was pathetically begging him not to go, my husband stood up with watery eyes, shook his head, and stormed out.”

When the woman returned home later that evening, her husband had moved out of the house.

“All of his clothes were gone,” she says, “and his wedding ring was on the nightstand.”

Talk about making a dramatic exit.

She continues: “My pastor told me that with the mind boggling circumstance I’m in currently, I have every ground for an annulment because my husband didn’t disclose vital information to me before we were married. It would be like we were never married, in the eyes of both the state and church.”

“I don’t know where my husband is. I can’t find him. None of his friends seem to know either and his family is as shocked and confused as I am,” the woman says.

She concludes, “I’m still processing how exactly we essentially went from happy and talking about what our future kids would be like one morning to that night discussing who would get the dog. I don’t have anything else to say right now, I think I just needed to write this all down to try and make sense of it. I can’t afford the rent on our house, so I am probably going to have to move back in with my parents.”

What advice do you have for this woman? Share your words of wisdom and support in the comment section below.