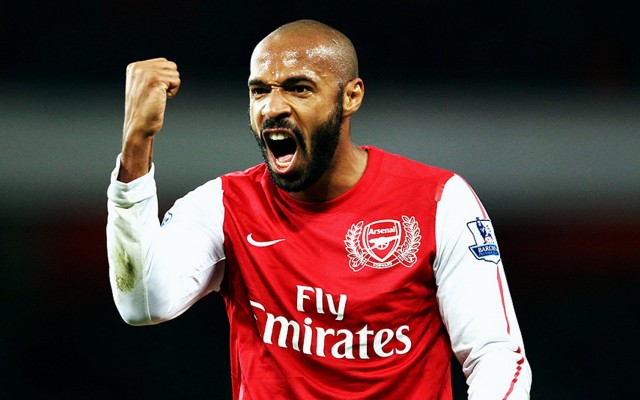 Thierry Henry, legendary footballer for Arsenal and France, spoke during an interview on Sky News this week about gay footballers coming out, amid rumors that two Premier League footballers are ready to make a public announcement soon to that effect.

Talking to Sky, Henry said playing along side a gay footballer is “great for any human being”.

Henry was playing in America, for the New York Red Bulls, when Robbie Rogers was playing for LA Galaxy. Rogers came out in 2013, and it’s prompted Henry to say that it’s “great for the game, we’re going forward”.

One argument leveled against the idea of gay sportsmen and particularly footballers coming out is the idea that it would make things difficult in the dressing room, but Henry refutes thing.

“I can’t talk for everyone, but if I was in a dressing room, that guy would still have been my teammate, and I would still give him the ball, I will still see him the same way, I would still go out with him, or have lunch [with him].

Henry accuses the media of making it more difficult for gay footballers to come out, citing the media reaction when Rogers came out. He claims that at that time, he was regularly asked if he was okay with it.

To this he says: “Going around asking “do you think it’s right?”, “do you think it’s wrong?”, well, in the society we are living in, it’s OK. It’s normal. So why are we making it a problem? For me it’s not a problem. I can play with you … We are ultimately there to do a job.”

If the Daily Mirror’s rumors are to be believed, and two top players have told their friends and family in preparation for coming out publicly, it looks like Thierry Henry will be there to support them 100%.