This year it decided to show its commitment and (connecting flights) to The Big Easy by sponsoring a float in New Orleans Pride, becoming the first airline to ever do so.

In case you missed the parade, here a few highlights… 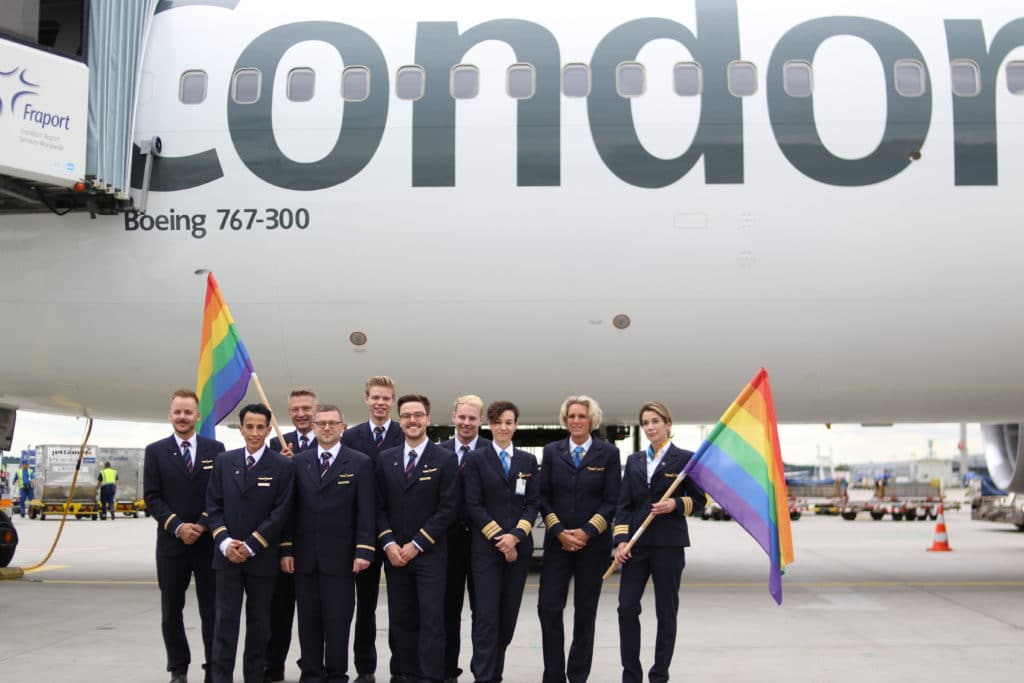 The fun started in Frankfurt with an all-female cockpit crew (hello, why didn’t we think of that?) and an all-gay-male cabin crew. Pride coincided with Condor’s first New Orleans flight of the summer season. Condor flies nonstop between Frankfurt and Louis Armstrong New Orleans International Airport twice a week. 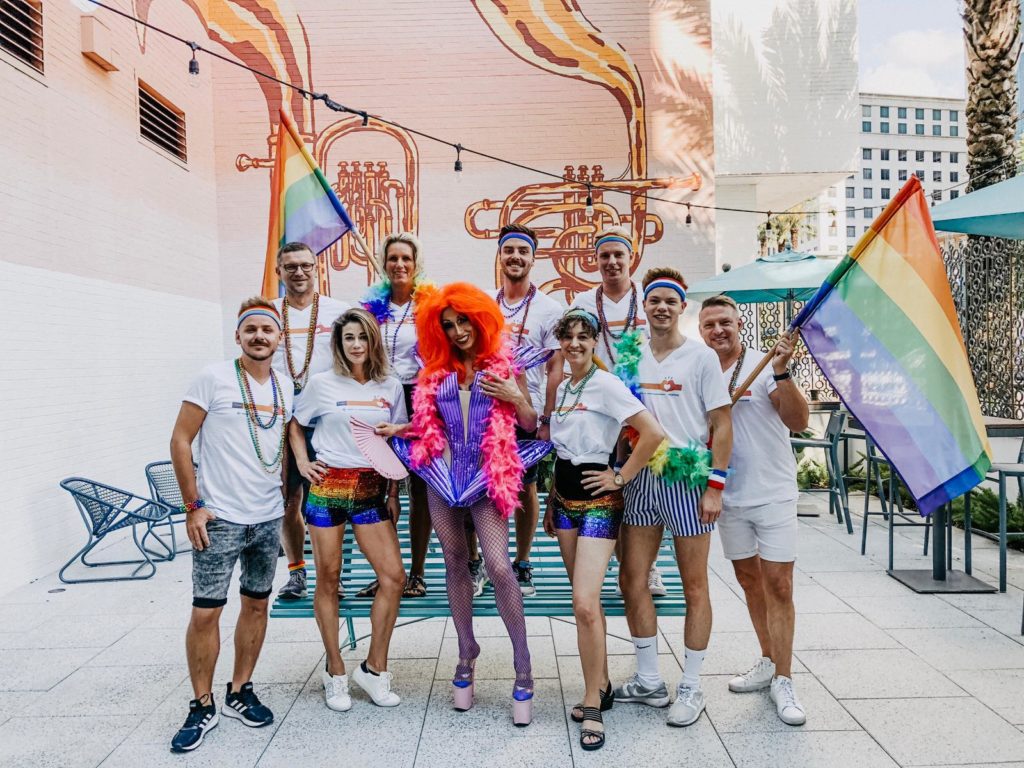 Once in Nawlins, the crew changed out of its tidy blues and into sequins, headbands, and Mardi Gras beads. Oh, and that nice boy who was serving G&Ts on the plane? He’s there in the middle with the hot pink hair, ready to rock & roll. This is Condor’s third summer flying to New Orleans, and this year they became the first airline to ever officially participate in the city’s pride parade. 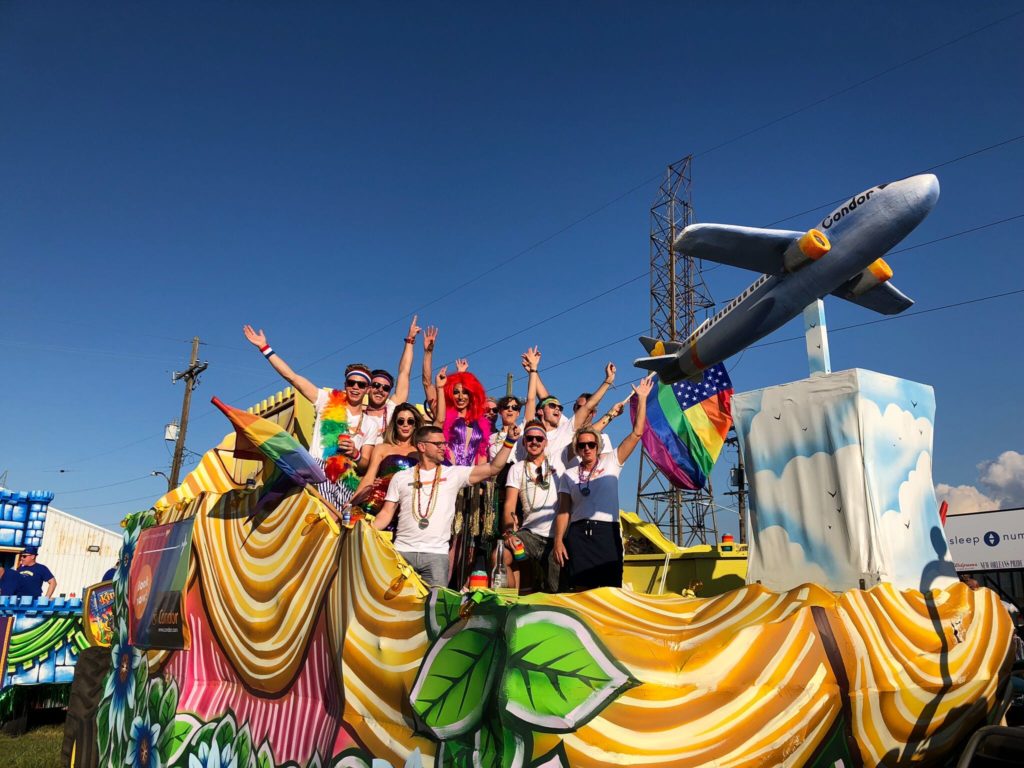 Condor’s float was a sight to behold, complete with a “sky” pedestal and a replica of the Boeing 767, which the airline uses for its long-haul flights. All long-haul passengers get complimentary checked baggage, beverages, meals, and in-flight entertainment included in their base fare. Premium-class fliers get even more amenities, while business class seats recline to 170 degrees, perfect for those red-eyes to your favorite vacay spot. 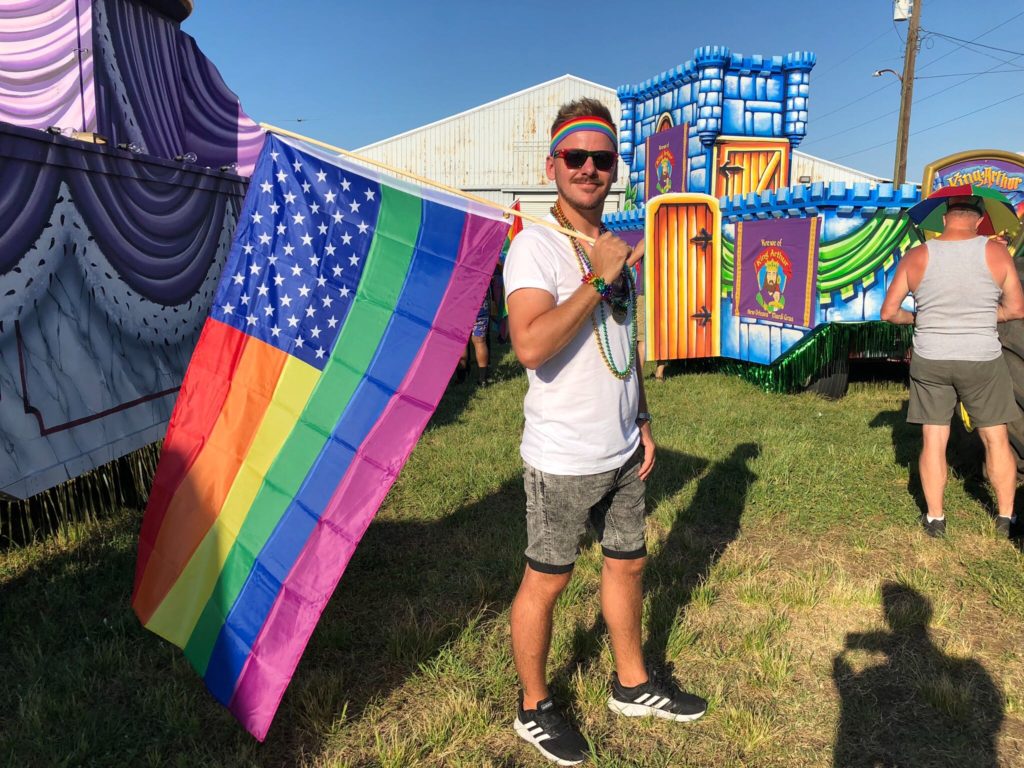 “As an international airline, we’re building bridges between people, cultures, and traditions around the globe,” says Christof Debus, Chief Airline Officer of Condor’s parent company, Thomas Cook Group Airline. “It is Condor’s pleasure to show our commitment to celebrate each individual’s heritage, gender, sexual orientation, and personal identity by participating in the New Orleans Pride Parade this year.” Did we mention what an awesome title “chief airline officer” is? 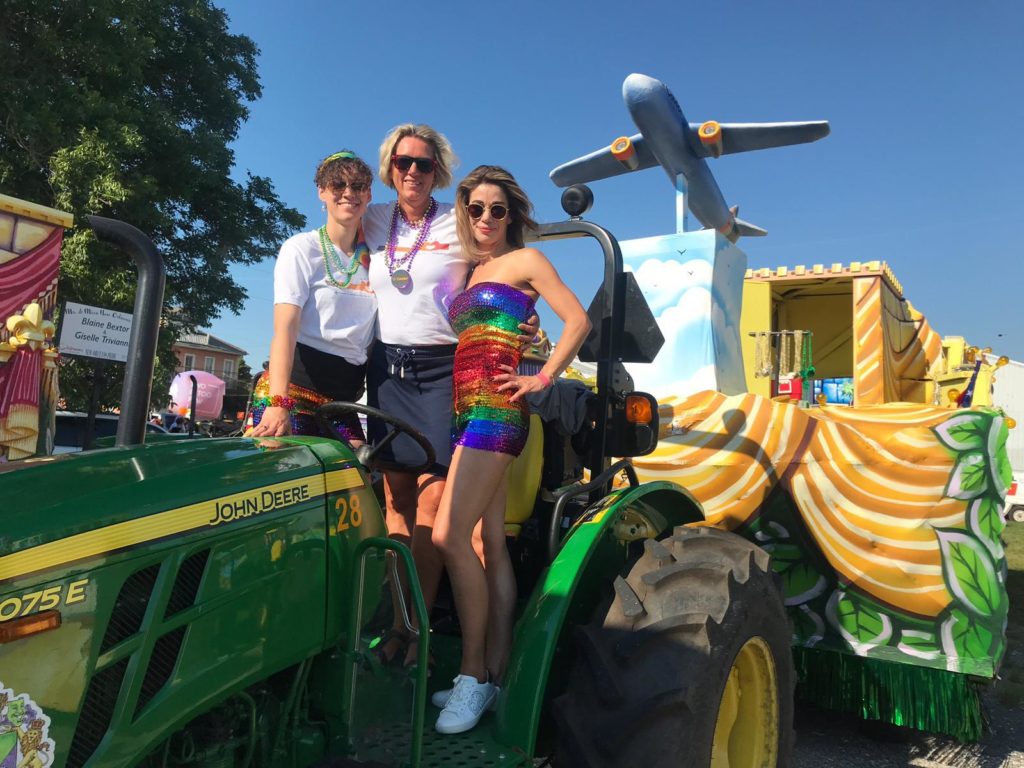 The women who piloted the plane from Germany to New Orleans gathered at the helm of the tractor pulling the Condor float. We’re happy to let them chauffeur us. In addition to New Orleans, Condor offers nonstop flights from 9 other US cities to Frankfurt, an easy gateway to Berlin, Amsterdam, Paris, you name it.