Home Gay Life This bisexual filmmaker will give you all The Feels with Pride month... 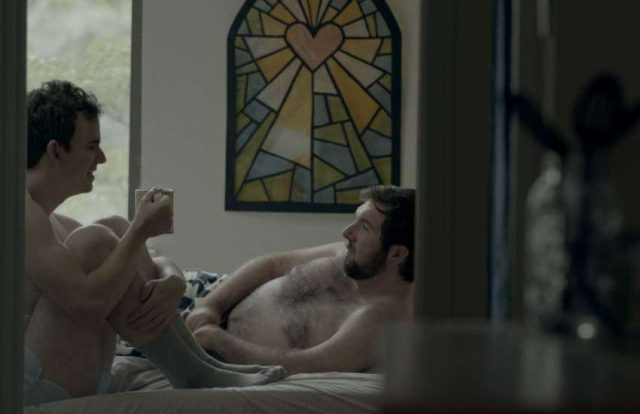 Whenever you need a good laugh, or more likely a good cry, web series The Feels will give you both – and so much more.

Think of it a blissful bunch of short-and-sweet vignettes packed with casual wisdom and just pure visual beauty.

The show debuted on YouTube in 2016, following a live show Manley was doing in NY, called Feelings. We can see a pattern here.

‘I still wasn’t sure whether telling stories about being bi would be meaningful to other people,’ Manley told GSN.

‘I still felt so alone in that experience that I didn’t realize that other people would connect with it.’

Manley credited his co-creator on , cinematographer Naje Lataillade, for pushing him to tell these stories.

The show, produced by Camden Elizabeth, is now releasing an episode a day throughout Pride month with the tagline ‘Your daily dose of humanity’.

‘The conversations in the episodes are either actually just improvised at the moment and so they really are people’s genuine thoughts and feelings or they are recreations of the conversations we’ve had in real life,’ Manley said.

If the show often feels painfully real is because Charlie’s character is based on Manley’s own experiences.

‘Externally, his life is very different from mine. I am married and now I have an eight-week-old child. But internally, when I watch this third season, I’m very uncomfortable because it’s so real to me,’ Manley confessed.

‘I was 22 when I came out as bisexual. I would say that I was 21 when I realize that I was bi. There was a short period between realizing and starting to tell everyone in my life,’ he also said.

One particular line from season one of The Feels really grasps the struggle of bisexual people, particularly men. In an episode, aptly titled Visibility, Charlie and a friend are discussing what dating as a bisexual is like.

Manley also explained giving visibility to a bisexual character is a ‘challenge’.

‘If you’re walking around with a partner of a particular gender, people might judge what your sexuality is based on just who you’re standing next to. Unless you sort of turned around and just kiss multiple people in a day, which at least has never really been happening in my life, the question is how do you make this sexuality visible?’ he said.

And Manley surely did his fair share for bisexual visibility in The Feels. An episode of the latest season shows two bisexual men simply having a conversation about bisexuality. And without being romantically involved.

The Feels also features characters of different gender identities and sexual orientation, but it isn’t an LGBTI show per se. Charlie’s and the other characters’ sexuality or gender is just a tiny speck of their whole humanity.

Now in its third season, the series also stars former Grey’s Anatomy actress Sara Ramirez, a bisexual icon herself. Ramirez reached out to Manley after watching the show.

‘It was just one of the best creative experiences of my life,’ Manley said of the collaboration.

Ramirez, who plays genderqueer S., is the protagonist of a narrative arc about a polyamorous triad. Alongside Ramirez, Ianne Fields Stewart and Shantira Jackson star as transfemme Nina and masc Lenny respectively.

‘Five episodes total will tell the story of these characters who have just moved in together,’ Manley said.

‘It was all co-written, collaborated together. All of us sitting around the table as we brainstormed together. What leads to these characters feeling so authentic is that they’re partly created by the people who play them.’

New York often feels like an additional character in The Feels. The city and its queer history quietly yet strikingly pervade the background of these intricated stories.

Ahead of the Stonewall riots’ 50th anniversary, Manley reflects on what creating change means to him.

‘The logo of our show is this hand, this fist, really, with a pencil and a heart,’ he explained.

‘I think that this show is the best way for me to create a change,’ he continued.

‘When I think about the long history of LGBTI people, and specifically the Stonewall riots and those movements for political change, they extremely influence my choices in making this show.

‘And that may be a surprise because it’s a very quiet show, it’s an emotional show. It focuses on more issues of quiet emotions and humanity and not necessarily always explicitly identity-driven issues, but I feel like this is our way of making a change.’

Would he like to bring his own change to a bigger platform?

‘I’m writing two different pilots based off this season of the show. I’m also writing a feature based off one of the story arcs in this season,’ Manley said.

‘If a streaming network were interested in telling these stories in the way we’re telling them, with heart, nuance and a lot of humanity and with as much beauty and care as we can take, I would really love that, yes.’