Despite years of progress, the stigma surrounding the HIV virus is still devastatingly high. So when a young HIV-positive man blindfolded himself in the middle of Trafalgar Square and asked for strangers to leave him messages on a giant poster board, he wasn’t sure what to expect.

In the end, what George Hankers received was an overwhelming amount of love and support from people who wanted him to know that he is not alone.

Hankers was moved to tears when it came time to read the strangers’ messages, explaining to Mashable that the blindfold symbolized his feelings that he’d been “blinded from hope,” but that the experiment has left him with a new sense of optimism.

The project, produced by advocacy group Shape History, was inspired by a similar video from a couple years back that found a Finnish man holding a sign that read “I’m HIV-Positive. Touch me.” Both that video and the new effort featuring Hankers serve as symbols of hope as we continue to fight stigma and search for a cure for HIV/AIDS. 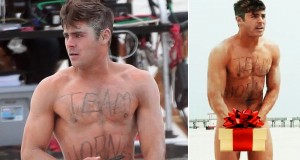 Zac Efron Finally Gives The World A Glimpse Of ‘The D’...

Nick Gayer
0
You’ve probably seen the photos of Zac Efron running round on the set of his latest film ‘Dirty Grandpa’ in nothing but underwear, but... 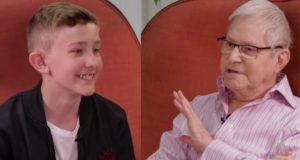 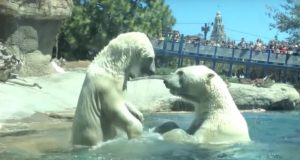