Home Gay Life This bride is selling her 18 carat engagement ring on eBay after... 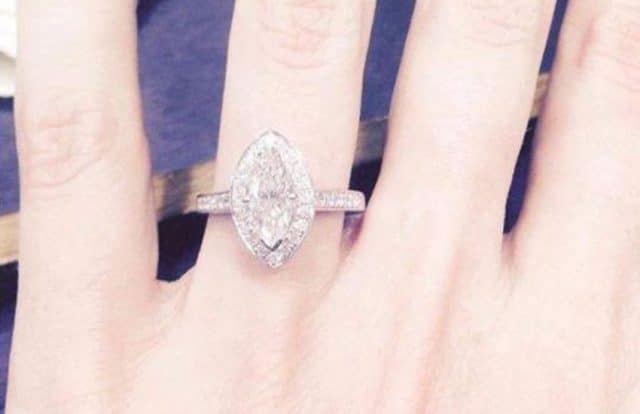 ‘The ring is beautiful. I mean, my ex-fiancé’s new boyfriend probably picked it as he has great taste.’

A bride-to-be has posted an eBay ad to sell her expensive engagement ring after she ‘turned her fiancé gay’.

The 18 carat white-gold ring had attracted bids of up to £5,000 before the auction was removed.

The 27-year-old woman from Manchester, with the username laurwhitehurs_0, said she was getting rid of the ring

The ex-bride said they had bought a house and a dog together ‘because that’s what adults do…when you’re in love’.

She said she became suspicious when her other half started ‘spending a little too much time with his friend Brad’.

But then her fiancé stopped wanting to have sex with her at all, despite her having ‘a great rack and an ass that Kim K would insure for £8 million by mistaking it for her own’.

Writing on the ad, she moaned: ‘Here I am. Single, living with my ex-fiancé because we’re both too skint to move out, with a rock the size of Gibraltar on my finger, wondering, “How many other men have I turned?” whilst sharing a tub of ice cream with my dog and screaming “WHY” at the ceiling. 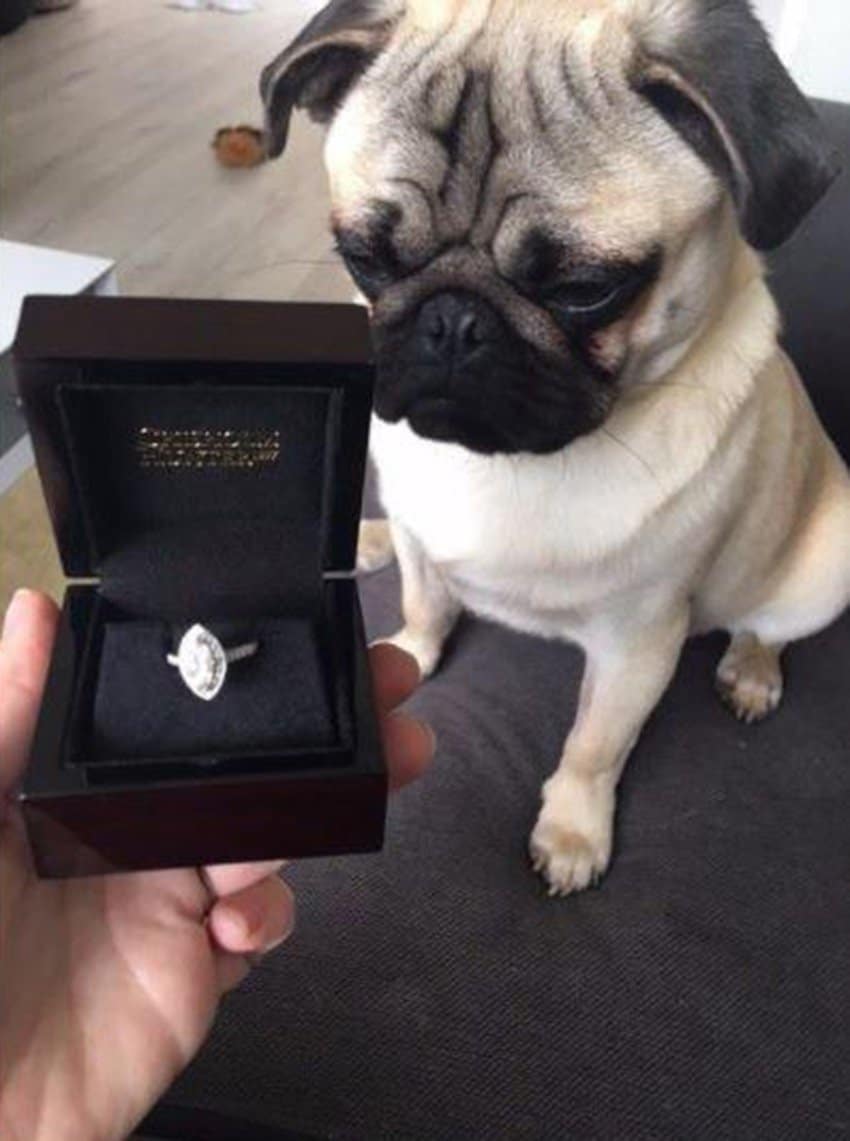 ‘The ring is beautiful. I mean, Brad probably picked it as he has great taste.

‘But it just reminds me of my failure to grow a penis so I’d like to sell it so I can start my life again.

‘I still have the receipt and the box, as if subconsciously I knew I’d be in my pyjamas alone in the middle of the afternoon on a Friday writing this tale on eBay.

‘I’m looking for money so I can finish renovating this house so I can either sell the house and move on, or be bought out by Brad so they can live happily together.’

She described the ring as having ‘lots of sexy little diamonds’, adding: ‘Can be resized, as it was for me, but it’s a size J at the moment’.

‘J for JOKES I ALMOST MARRIED SOMEONE WHO BLATANTLY LOVES THE D, AND THAT’S OKAY IF THAT’S WHAT HE WANTS TO DO, TO EACH HIS OWN, BUT IT’S NOT WHAT I’M ABOUT AS I’M ONLY 27 AND I’D LOVE TO HAVE SEX AGAIN AT SOME POINT,’ she said.