Ron Danta and Danny Robertshaw recently hosted 71 dogs in their home at the same time.

Ron Danta and Danny Robertshaw have been a couple for nearly 30 years, and have been rescuing dogs for almost as long. The couple, based in South Carolina, scaled up their efforts in 2005, though, after Hurricane Katrina left hundreds of pets homeless. They saved about 600 dogs from New Orleans by fostering them until they could find forever homes. 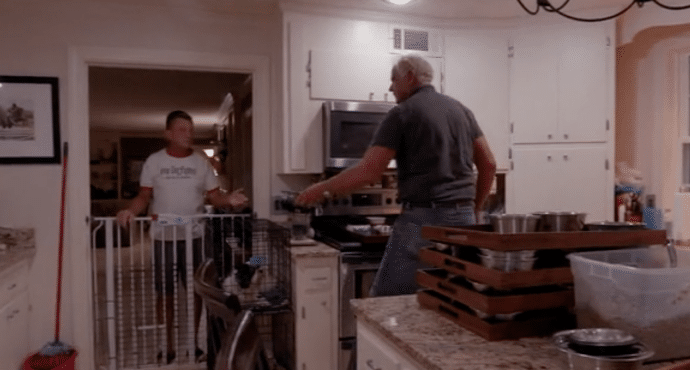 Since then, Danta and Robertshaw have launched Danny & Ron’s Rescue out of their home, fostering upwards of 71 pups at once. The nonprofit operation takes in abused animals from dog-fighting rings, shelter dogs destined for to be put down, and starving strays off the street, nursing them all back to health and hopefully a new future. Over the years, they estimate, they’ve rescued some 10,000 dogs.

“The most rewarding part is watching the evolution of the scared ones when they come out of their shell and are able to be adopted,” Danta tells NewNowNext. 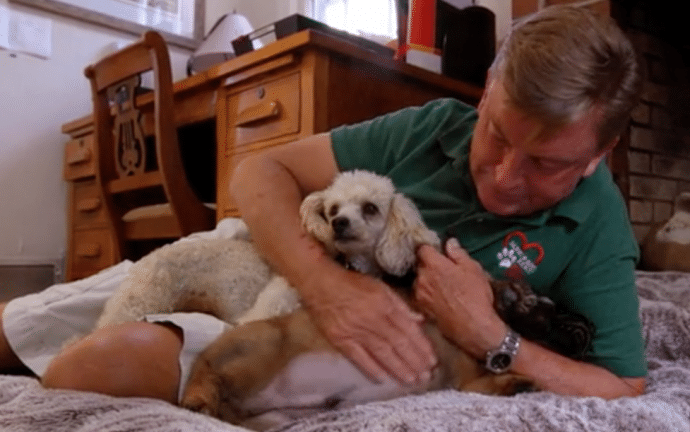 The guys really make their four-legged guests feel like part of the family—feeding them organic dog food (in their own bowls) and letting them sleep in their bed to help acclimate them to life in a new home. Danta and Robertshaw also deliver pet food and supplies to more than 48 elderly people in their area and help with vet bills.

Living as a gay couple in the Bible Belt has given Danta and Robertshaw empathy for the underdog. “We have been discriminated against in South Carolina,” Danta shares. “We have been called horrible names to our faces. It’s definitely improved over the past 30 years, but we still have a long way to go.”

When they’re not busy with their rescue operation, the guys train show horses together. They admit being constantly surrounded by animals can be a bit overwhelming at times. “We would like to have more time for ’me’ and ’we,’” Danta confesses. “There just isn’t enough time for it all.”

Sometimes the goes do feel like guests in the dogs’ house, but they just can’t bear to imagine the alternative if they stopped: according to the Humane Society some 3.7 million shelter animals are euthanized each year. The couple gets up to 20 emails a day from local shelters asking them to come save dogs scheduled to be put down.

“We can’t see condemning something who has a right to live, who has everything beautiful going for it,” Robertshaw says in Life in the Doghouse, a new documentary chronicling their amazing endeavor. “When the only thing it ever did wrong was being born.”

Filmmaker Ron Davis, who also directed Pageant, about the Miss Gay America contest, has launched a Kickstarter to help complete production on Life in the Doghouse. Watch the trailer below and consider donating. (You can also donate to Danny & Ron’s Rescue here.)

Nick Gayer
0
*Adds to Pride Month playlist* Kylie Minogue is about to take a bite out of the Big Apple. The Princess of Pop is slated to release... 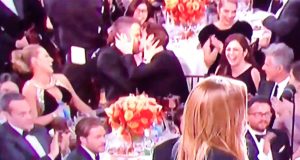 Nick Gayer
1
Gosling oblivious to the making out as he takes the stage to accept trophy Ryan Reynolds clearly needed some consoling and he got it from...