Home Stories This guy realised his best friend should have been his boyfriend the... 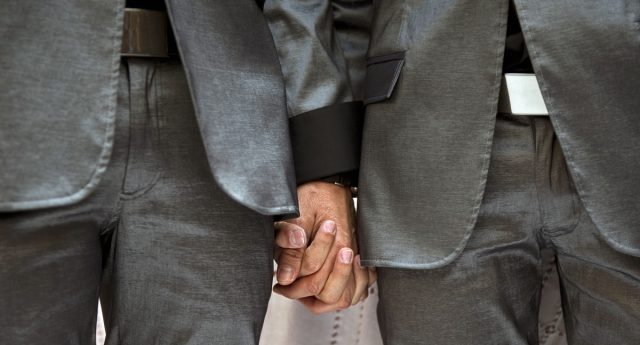 This guy’s story about how he fell in love with his best friend is beautiful.

It may sound like a rom-com waiting to happen, but reddit user ProbablyGay1’s story is a whole different level.

The redditor explained that he had been best friends with Ian since they were in high school. The two were completely inseparable, but now they go to different universities. They still talk to each other everyday, and share everything with each other.

The story takes a twist when ProbablyGay1 has the realisation that he is probably gay, and actually he is in love with his best friend Ian.

He wrote: “At first when we slept over one of us would sleep on the floor or couch or something. Now we just share beds. I’ve woken up with his arm around me before. Not gonna lie; my heart did embarrassing things the first time that happened. I woke up before him and just thought about how nice this was, and how lucky I was. He woke up a few minutes later and we looked at each other smiling, and then I said, “Gay.” And we both burst out laughing.”

But the relationship between the pair has just grown closer.

“Neither of us have dated anyone recently. Personally, I just haven’t felt inclined. I think maybe it’s because I already feel like I have Ian.

“While we’re in college, he sends me cute messages. Like “I miss you”, “Something reminded me of you”, etc. I found out from his friends that he talks about me a lot, which is a relief because I talk about him to my friends all the time.

“Once I was having a bad day and he surprised me by showing up at my house and knocking on my window. He drove us to the top of a mountain, and we climbed into the back seat and just laid there together for hours.

The realisation hit the him hard, but confronting his best friend was even harder.

That is why he took to the world wide forum to ask for advice.

“I’m graduating college this year (he’s staying to get a higher degree) and I realised it’s the first time I can decide where to live, and I also realised that where I want to live is with him. But I feel like if we’re going to live together, I should finally figure out whether we’re boyfriends. Ian’s pretty reserved, so it looks like I’m going to have to be the brave one here.”

“My best friend and I have some not-so-platonic behaviour. How do I ask him whether we’re boyfriends, or if he wants to be?”

ProbablyGay1 has since removed the post, so we might not ever know what comes of their love story!