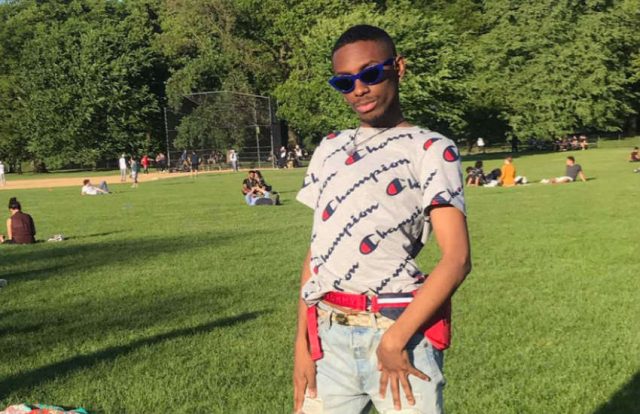 A guy slayed his Afro Latino studies project with a voguing performance his classmates will remember forever.

Queso, a writer and filmmaker from the Bronx according to his Tumblr bio, posted a video on Twitter that went viral.

‘for my Afro Latino history class, we had to share a project that displayed a creative outlet & I decided to vogue.. the n***as in the room were not ready,’ non-binary Queso wrote.

Vogue is a dancing style popular during the 1980s queer ballroom scene. Its fame skyrocketed when Madonna’s video Vogue featured a vogue choreography in 1990. Moreover, 1990 much-loved documentary Paris Is Burning also helped popularize the style, now at the center of FX’s series Pose.

Queso’s video is an incredible voguing performance in front of rather unimpressed classmates. Despite the tough crowd, Queso rocked short shorts and a cropped white top with a rainbow and gave his all in the nearly empty classroom.

‘You get an A+ forever,’ he wrote, adding two heart emojis.