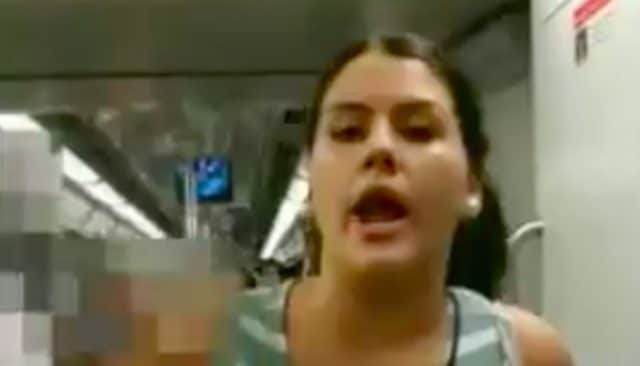 This week, a woman pushing a stroller went absolutely bonkers upon seeing two lesbian women kiss on a subway in Barcelona, Spain. One of the lesbians, Carla Gallén, posted video of the lesbophobe’s rant online.

In a tweet (below), Gallén wrote, “On Wednesday afternoon, my partner and I suffered homophobic aggression on the underground. A woman insulted and attacked us for kissing.”

In the video, the woman uses slurs and insults against the lesbian couple and even calls her own gay brother a “f*ggot.” Here are some of her hateful lines from the video:

D*ke, d*ke what are you going to do with a video? … You disgust me, I have a gay brother, but he doesn’t kiss in front of me because he respects me….

If you want respect, you also have to respect me… Stop recording or I’ll take your phone…. This c*cksucker is recording me.