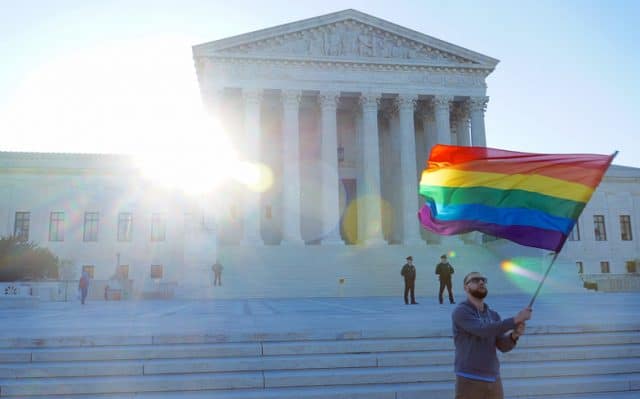 While LGBT+ people have won some significant rights in recent years, there’s still much to be done – especially if you take Gallup’s polling data into consideration.

The company have been asking American citizens if they think same-sex relations between two consenting adults should be legal or not be legal since the 1970s.

The Washington Post recently unearthed the data and found that a fifth of Americans (23%) still believe gay relations should be illegal. 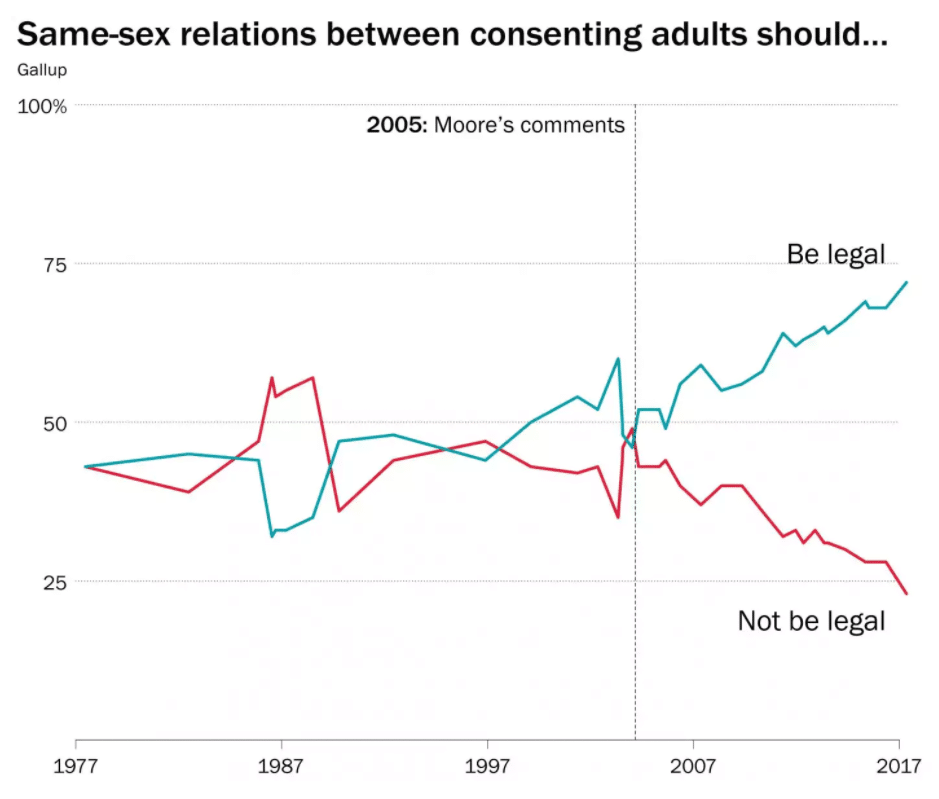 As you can see on the graph, a record percentage of Americans think same-sex relations should be legal after attitudes towards LGBT+ have got much better over the past decade.

However, with around 20% of people against it, it proves that Pride marches are needed now as much as ever.

What’s more, when this data is broken down into party affiliation, over 50% of Republicans said that they believe same-sex relations are “always wrong”.

That’s compared to just under 30% of Democrats.

When the survey asked “strong Republicans,” nearly 70% stated that sexual relations between two adults of the same sex are always wrong.