Home Gay Life This Man Tried To Ban Gay People From His Store And It... 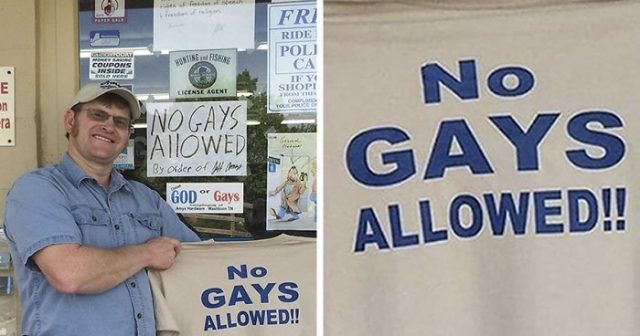 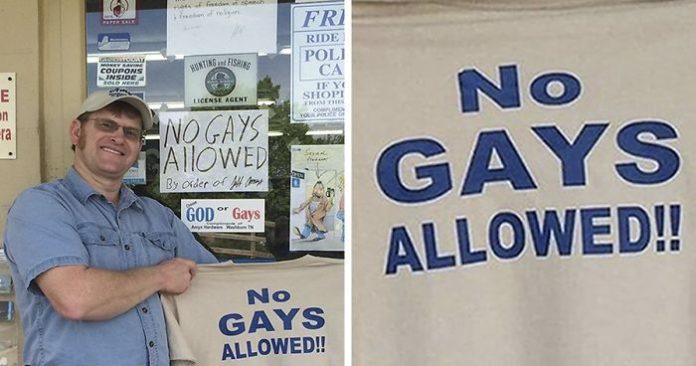 An East Tennessee hardware store owner decided to express his beliefs following the Supreme Court’s ruling allowing same-sex marriage by putting up a sign that reads, “No Gays Allowed.”

Jeff Amyx, who owns Amyx Hardware & Roofing Supplies in Grainger County, Tennessee., about an hour outside of Knoxville, added the “No Gays Allowed” sign on Monday, because gay and lesbian couples are against his religion.

“They gladly stand for what they believe in, why can’t I? They believe their way is right, I believe it’s wrong. But yet I’m going to take more persecution than them because I’m standing for what I believe in,” Amyx said.

On Tuesday, Amyx removed the “No Gays allowed” sign and replaced it with a sign that says: “We reserve the right to refuse service to anyone who would violate our rights of freedom of speech & freedom of religion.”

People encouraged others to boycott the store, and even made an entire joke out of it by reviewing the store as a gay bar or even a sex shop. “Amyx Hardware & Roofing Supplies” received so much backlash that Yelp management even started deleting the comments, but this did not stop people from posting. The owner placed a clipboard next to his store where people who agree with him can sign, however, it is nothing compared to the over 300 one star ratings on his store’s page. 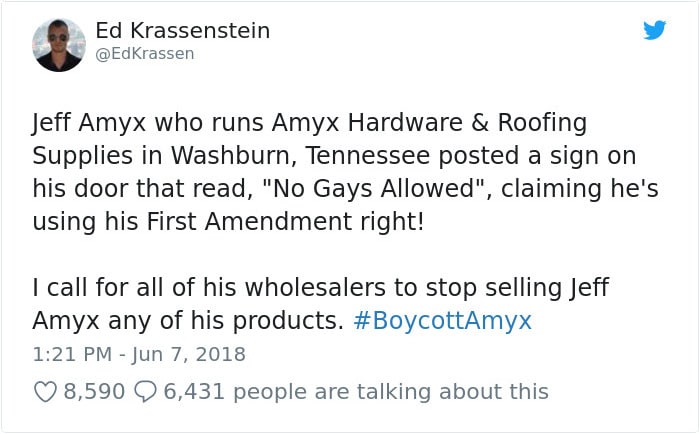 In fact, the store’s Yelp account received so many bad reviews, Yelp management started deleting comments that were mainly focused on the sign and not the shop itself