Home Gay Life This man was denied a job for marrying another man, and it’s... 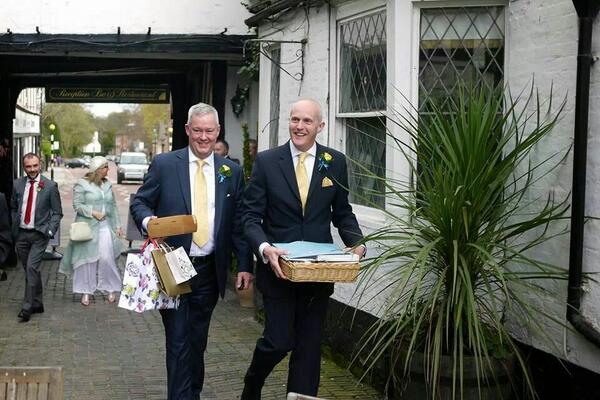 A court has deemed that the decision to refuse a man a promotion in his workplace because he is in a same-sex marriage is entirely legal.

Canon Jeremy Pemberton said he had been offered a job as the chaplain for Sherwood Forest Hospitals Trust, but had the offer withdrawn after marrying his long-term partner, who happens to be another man.

The Church of England stepped in to block the appointment when he married Laurence Cunnington last April.

Nottingham Employment Tribunal had previously ruled that the priest had not been discriminated against, for which he brought an appeal to court.

The Church of England claimed that because same-sex marriage is against their beliefs, Canon Pemberton’s marriage meant he should be barred from taking the position that they had previously believed he was entirely qualified for. Judge Eady QC dismissed all claims of discrimination made by the vicar in the hearing at a court in London.

She ruled that the House of Bishops’ Guidance on entering into a same-sex marriage was clear, and that the priest would have known that getting married would have meant he would not be “of good standing”.

Judge Eady QC concluded: “Given the importance of the legal questions involved and the novel issues arising…

“I would consider this matter suitable for permission to be given to appeal to the Court of Appeal, should such an application be made.”

Under equality legislation exceptions are made for the Church of England, allowing them to take action such as refusing someone a job for being in a same-sex marriage.

In a statement Canon Pemberton thanked the judge “for the obvious care that she took to consider properly the novel and complex issues” raised.

He added: “The result is, obviously, not the one my husband and I had hoped for.

“I appreciate that this case was a source of hope for many people and I am grateful that the judge has recognised its significance and indicated that its importance warrants permission to appeal to the Court of Appeal.

“I am now going to take some time to consider the lengthy judgment with my husband, and we will decide on the best way forward, having taken advice from my lawyers.”