Home Gay Life This one tweet about Pete Buttigieg gets to the heart of gay... 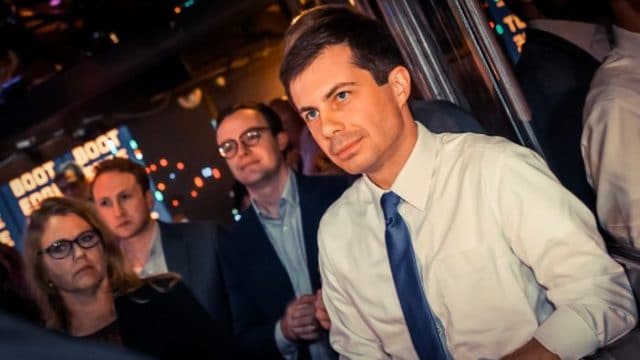 Say what you will about out presidential candidate Pete Buttigieg (and everyone has!), but one Twitter user has boiled down one major inconsistency between Mayor Pete’s gay supporters and the straight ones.

While Buttigieg may have come out relatively late, some of us have been around a wee bit longer and know how youth-obsessed we can be. And how frequently younger guys have a thing for older men – “daddies.” (Older being relative sometimes, since actual age is frequently unimportant.)

Compared to Elizabeth Warren and Joe Biden, Buttigieg is a spring chicken. But in gay years? He’s prime daddy material.

Tyler, the user who sent the wry quip, lives in California and wasn’t expecting his tweet to make a big splash.

“I thought the quote was funny given all the jokes about ‘gay death’ at age 30,” he told LGBTQ Nation. “I recently turned 30 myself and my boyfriend who is 25 occasionally pokes fun at me for being older.”

“I like Pete and think he’s inspirational. I wish more candidates were as polished and articulate as him.”

Still, Tyler had a confession to make…

“I borrowed the quote from a friend of mine and didn’t give him credit,” he said. But don’t worry, “my friend said it’s fine.”