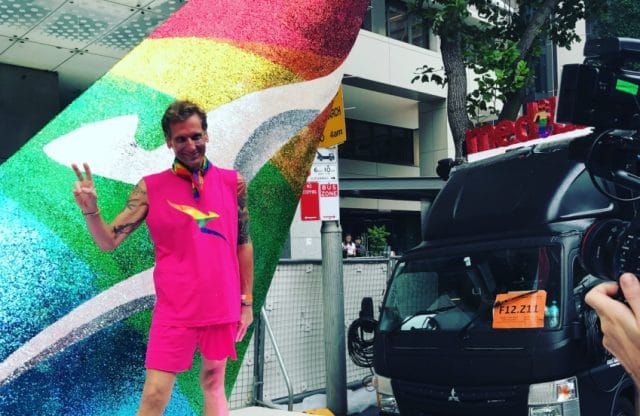 ‘Even after all these years it’s still difficult to get out the words, ‘yes, I’m gay’. After a few deep breaths I finally said it.’

For 33 years Will Lanting, an Australian aircraft engineer was keeping a secret and has just let the world know he is a gay man in the most public way.

Lanting was fed up with hiding who he really was, so he finally admitted to himself and then the people closest to him that he was gay.

But there was still one major hurdle to overcome before he could fully live his life out of the closet, and that was to come out at work. But Lanting has been worried coming out in his male dominated department would lead to backlash from his co-workers.

Lanting, 46, has worked in the aviation industry for almost 30 years and now works as a Licensed Aircraft Maintenance Engineering (LAME) at Australian airline, Qantas.

‘For the airline industry, it’s a big deal that a LAME is coming out. We have had one or two mechanics come out, but no LAMEs.

‘Whilst the attitude towards LGBTI (people) is improving, it is still old and in some cases poor. Being openly gay was a real genuine fear I had for my career of 29 years.’

Qantas has long supported LGBTI issues and has been a vocal supporter of marriage equality. This year it ‘made-over’ one its jets in rainbow colours in support of the Sydney Gay and Lesbian Mardi Gras. 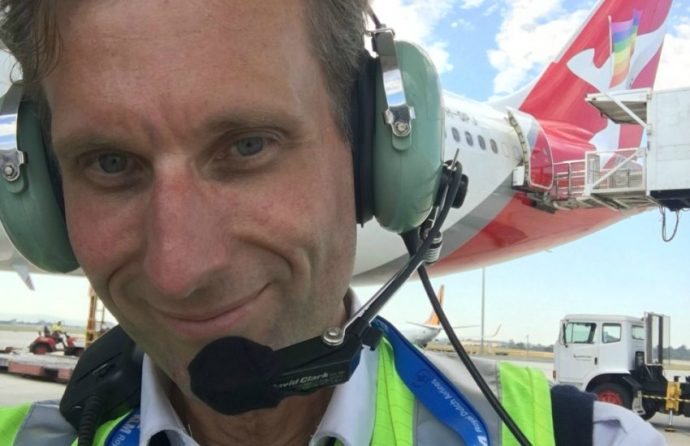 Its openly gay CEO Alan Joyce has been a top ranked LGBTI executive in many corporate power lists and has spoken about the importance of LGBTI people having the freedom to be themselves at work.

However, its extensive Diversity and Inclusion statement does not make any mention of a policy regarding sexual and gender diverse people.

Lanting wanted to be himself at work and despite being afraid of the repercussions knew he had to come out to his colleagues.

‘Aviation is my life. (It’s) simple, I really know nothing else,’ he said.

So in celebration of the ‘Rainbow Roo’ plane – that Lanting also worked on – he decided to jump onto Qantas’ Mardi Gras parade float this year and got glittered-up to come out to his colleagues.

‘Participating in the Mardi Gras was meaningful in several ways for me with my coming out… to go around and tell everyone one by one is simply impractical and to stand up in a crew meeting seemed inappropriate
too,’ he said.

‘Dancing down Oxford St for all to see says it efficiently for me, without having to say it.’ 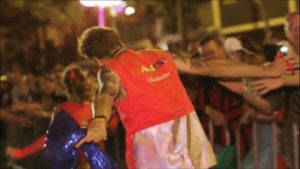 When you’re out, you work better

Pride in Diversity is a national not-for-profit employer support program for LGBTI workplace inclusion. Its senior program manager, Ross Wetherbee said having a supportive workplace for LGBTI employees is one where everyone can bring their whole self to work.

‘Self-editing or hiding one’s sexuality or gender identity in the workplace has been shown to have a significant impact on productivity, engagement and retention of employees and with almost 50% of employees not completely out at work,’ he said.

‘This can have a big impact on the organisation’s bottom line and/or key objectives.’ 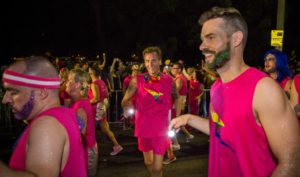 And what did his workmates say?

Coming out was a weight of his shoulders and Lanting said he could finally be himself without pretending anymore. But he was still worried about the reaction from his colleagues and as the glitter settles after last weekend’s parade, the truth has finally been revealed.

‘It wasn’t until my second day shift (after Mardi Gras) at work I had a few fellow colleagues approach me and ask the difficult question,’ Lanting said.

‘Even after all these years it’s still difficult to get out the words, ‘yes, I’m gay’. After a few deep breaths I finally said it.

‘I’m so proud to say the responses after an initial shock have been super positive and supportive.’