Home Gay Life This radio presenter had the best response to a caller who said... 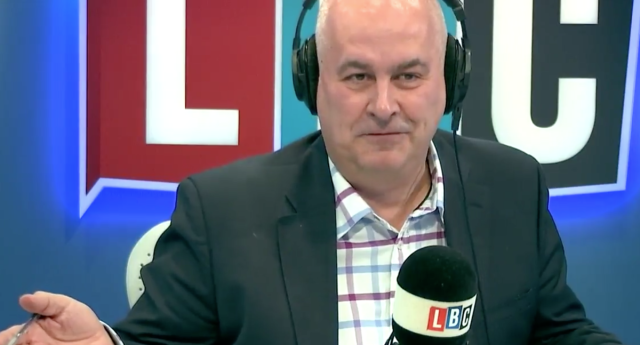 Iain Dale had the best response to a homophobic caller who described LGBT people as disgusting on his LBC radio show.

In a discussion around religion one caller Theresa, from Motherwell, weighed in her views on homosexuality. The deeply religious caller described homosexuality as an unnatural vice, saying that “even animals don’t do that.”

Dale was quick to point out that he is gay before she carried on with her derogatory comments.
“Why do you have to result to that. It’s disgusting. there’s hatred there, there’s no love” the caller said.

The former Conservative candidate reminded Theresa that there’s proof homosexual animals exist, but carried on to explain that he was proud of his identity.

“I don’t repent what I am because I was born how I am.”

Whilst Theresa says she hates the sin but loves the sinner, she was a bit stumped when Dale asked why gay people would choose to be homosexual.

Dale went on to ask Theresa if she had ever sinned herself. But the presenter poked holes in her logic when she said she had, but she attended confession.

“You go straight to confession and it’s all okay? God forgives you and you go and do it again.”

When Dale asked why anyone would choose to be gay, the caller was stumped for an answer, “that’s what I’m asking you” she said.

“Why would anyone choose to do that? When you know that you are gay you know you’re going to come up against obstacles in society. You’re going to get discriminated against.” Dale said.

The presenter demolished a christian preacher last week who condemned his gay ‘behaviour’.

Iain Dale has been with his partner, John Simmons since 1995. The couple entered a civil partnership in 2008 and converted to a marriage last year.