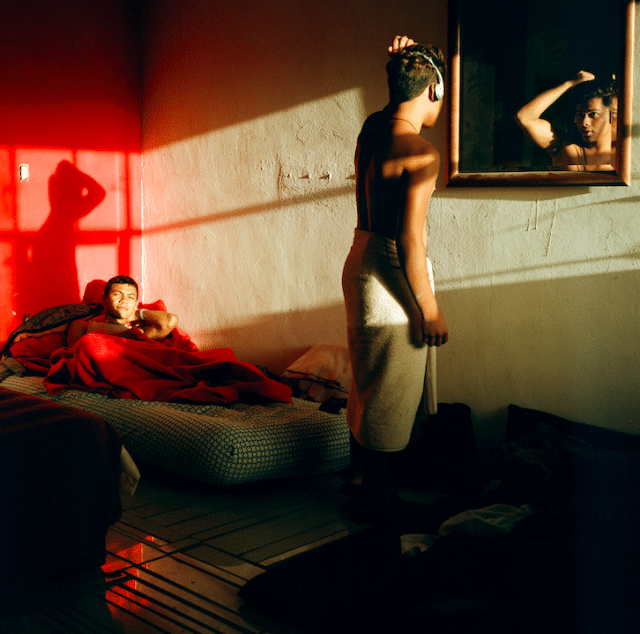 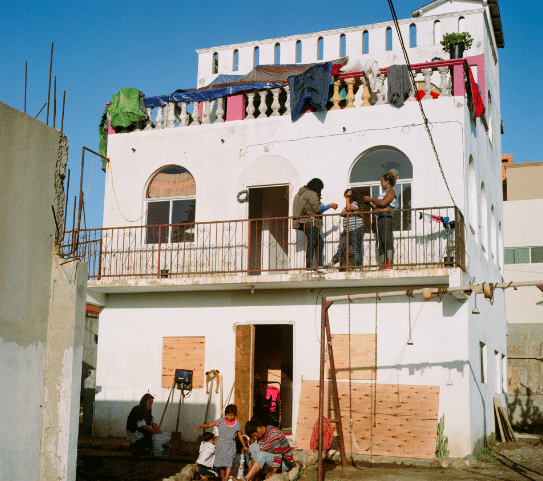 Raphel Chatelain is a director, photographer, visual artist, and activist who grew up in France and currently lives in Los Angeles.

His latest photo series “Casa de Luz” (“House of Light”) documents Central American LGBTQ refugees who traveled with the Migrant Caravan and took shelter in an abandoned house in Tijuana, Mexico while waiting for asylum in the United States earlier this year.

Chatelain provided Queerty with a few images from his series along with exclusive captions describing each of the subjects and their stories. 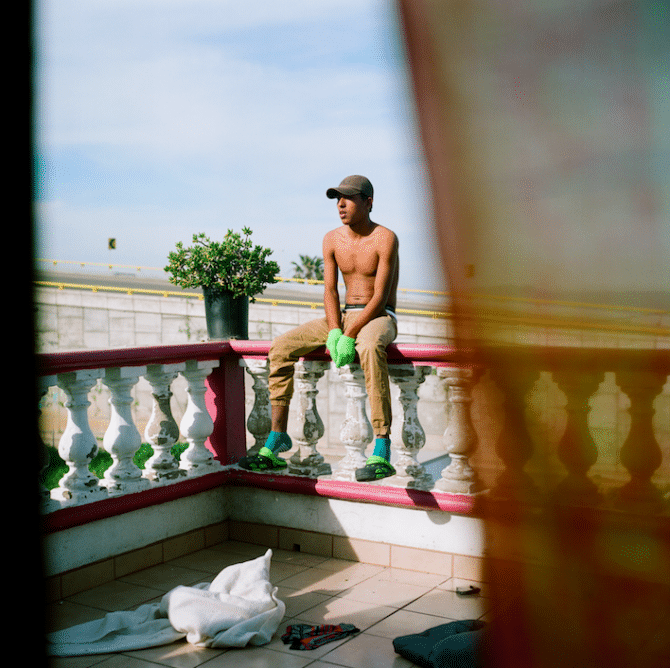 Negro is 17 from Honduras and came in the Migrant Caravan that left Central America in January. He understood very quickly that the ones like him weren’t seen as a priority but instead as a “danger.”

“I’m being told we are the future,” he told me. “So why have we been abandoned and where is the compassion?”

Here he is having a cigarette break on the terrace of Casa de Luz, the abandoned house in Tijuana that the group found while waiting for their asylum papers. 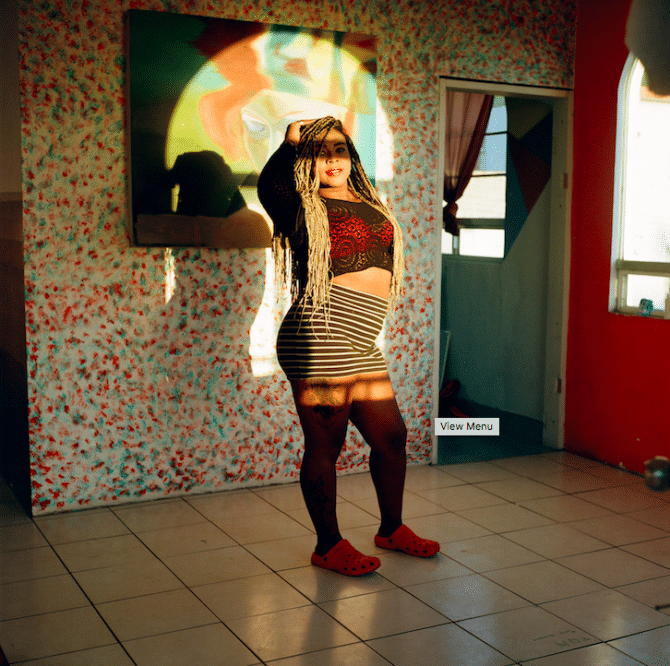 Sharon is a Garifuna trans woman from Honduras. She has been rejected by her family for being trans. In her Garifuna community, she is condemned to death. She was being harassed on a daily basis. This is why she is fleeing. Life has taught her to be strong.

Editor’s note: The Garifuna, or Garinagu, are descendants of an Afro-indigenous population from the Caribbean island of St. Vincent who were exiled to Honduras in the eighteenth century. 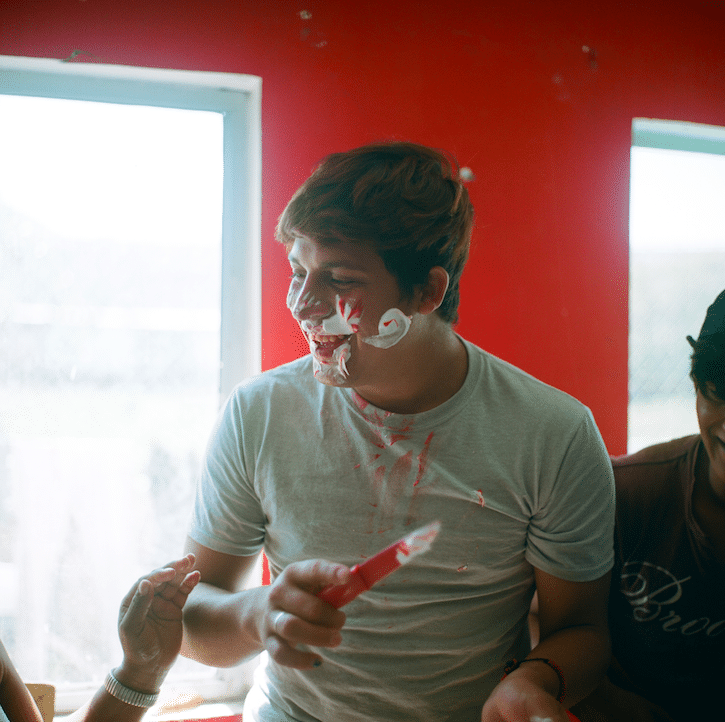 The LGBTQ refugees group have been celebrating each other’s birthdays since they met in the Migrant Caravan. Here I captured a rare moment of joy that makes them forget the misery they are fleeing.

They are celebrating this young man’s birthday in Casa de Luz just before his uncertain departure. They are all singing together as one of his close friends who he met on the road smashes cake in his face. He was very moved and told the group that he hadn’t celebrated his birthday in years. 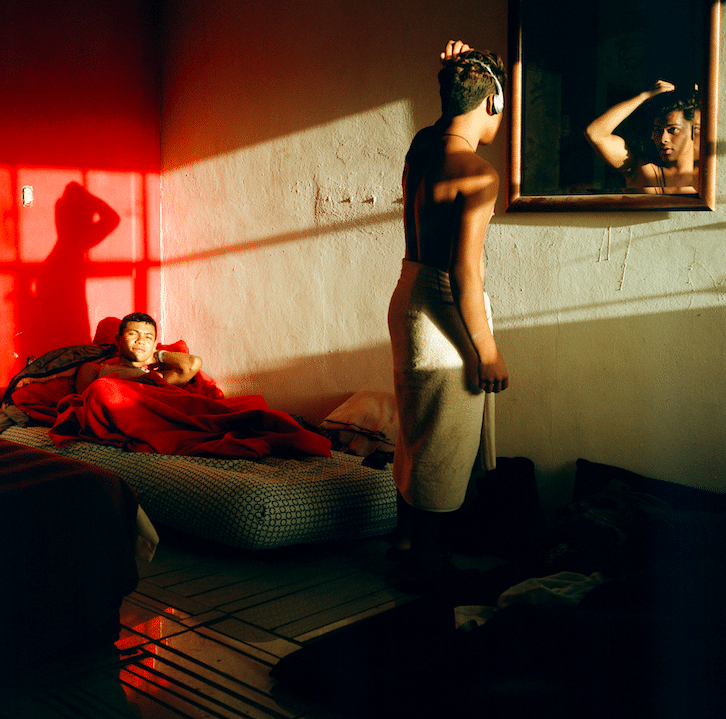 Tony (right) is 22. He made the decision to flee his country in order to finally be free. Free to express himself and live without feeling like he is in constant danger. His dream is to be an artist. Guato (left) is 18. His father was murdered four years ago and he doesn’t want the same to happen to him.

They met along the Migrant Caravan. Here they are in the bedroom they share in Casa de Luz while waiting for their asylum papers. Tony has a ritual of putting on headphones when he comes out of the shower and doing a full dance routine in front of the mirror. Guato saw I was about to take a picture so he struck a pose. 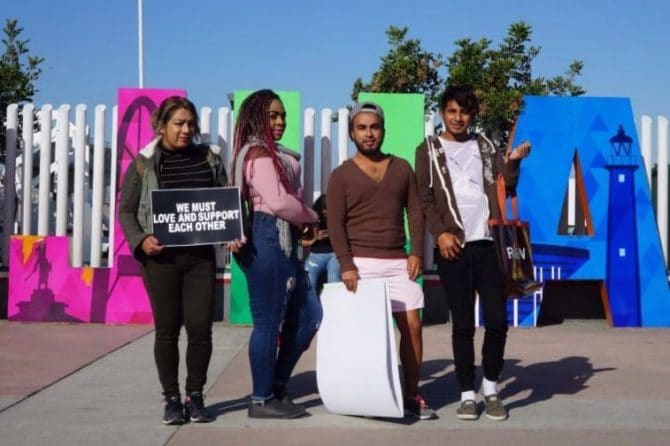