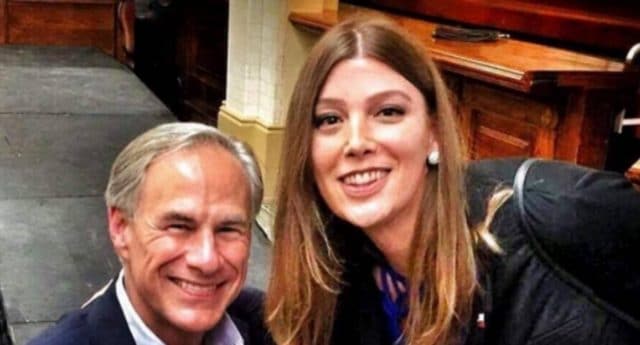 A transgender woman’s selfie with the anti-trans Texas governor has gone viral for all the right reasons.

Texas’s legislature reconvened yesterday in a second, emergency attempt to pass a law banning trans people from using their bathroom of choice.

Governor Greg Abbott, who has spearheaded the charge towards more discrimination of LGBT people, was asked to pose with local architect Ashley Smith before the special session. 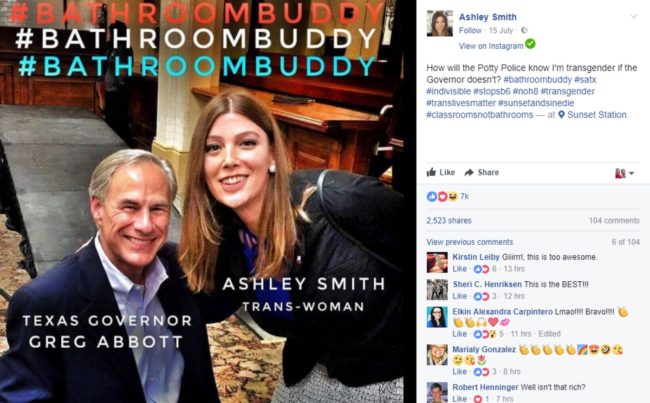 Nothing unusual about that.

Except, unbeknownst to the governor, Smith is a trans woman, and a keen activist in the fight against moves to legalise anti-LGBT discrimination.

Her subsequent post on Facebook, decorated with the hashtag #BATHROOMBUDDY, was captioned: “How will the Potty Police know I’m transgender if the Governor doesn’t?”

The photo, also accompanied by the hashtags #classroomsnotbathrooms and #translivesmatter, went viral, prompting more than 7,000 reactions and 2,500 shares.

The governor had no idea she was trans, which makes a point all on its own.

Smith explained to CNN that she had felt the need to take action against the bills.

“I’m affected by this potential legislation, and so are potentially 125,000 other transgender Texans,” said Smith.

“There’s really no reason to be afraid of us. We’re your friends, your neighbours. We’re teachers, engineers, policemen.” 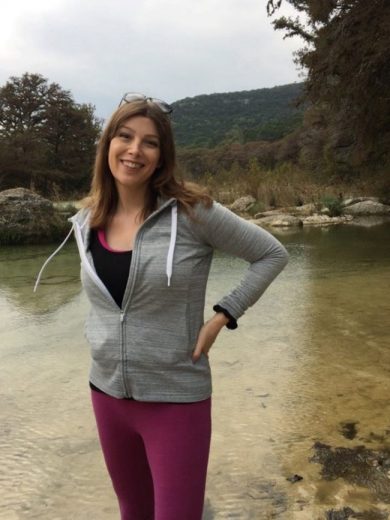 The special session, which will deal with a trio of anti-trans bills, has been dubbed the “session of oppression”.

Two of the bills would, if passed, force trans people to use the bathroom corresponding to their birth certificate. 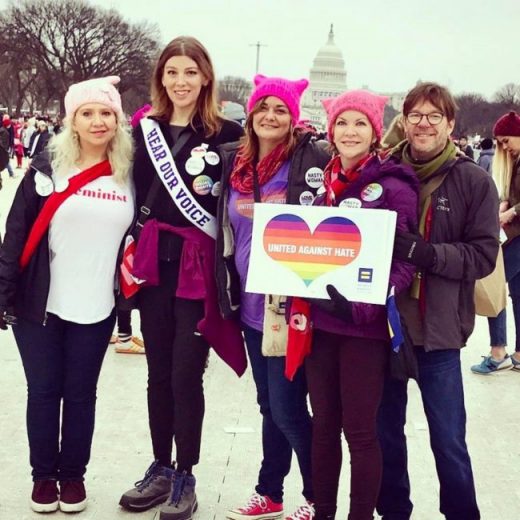 The third would go even further, introducing a law similar to North Carolina’s HB142 that would prohibit any local anti-discrimination laws which go beyond state or federal legislation.