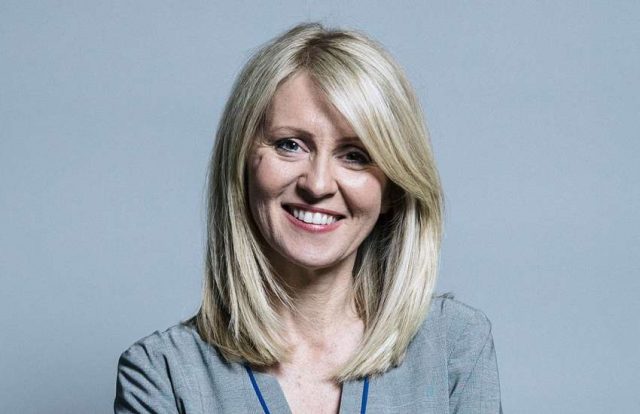 Tory leader hopeful Esther McVey has said she thinks parents should have ‘final say’ over LGBTI-inclusive teaching at schools.

As homophobic protests continue outside schools across Birmingham, the Work and Pensions Secretary has come out in support of the parents.

‘And whilst they’re still children – and you’re talking there in primary schools – then really the parents need to have the final say in what they want their children to know.’

Although siding support to the parents, she did find fault with their protest tact.

The 51-year-old lawmaker – who has consistently – summarized her views: ‘The final say is with the parents.

‘And if parents want to take their young children, that’s primary school children, out of certain forms of sex education, relationship education, then that is down to them.’

From pushing banners outside the school gates to removing their children from lessons altogether, a primary school in Birmingham’s inclusive lessons ignited ire from parents.

Protesters argued that pupils at Parkfield Community School are too young for such materials. Or that pro-LGBTI education stands in contrast to Islamic teachings.

The ensuing row made headlines. But regardless of the backlash, LGBTI people and allies have widely praised headteacher Andrew Moffat for his commitment to inclusivity.

The race has hastily shaped up into a crowded one, with the likes of former foreign secretary and former Brexit secretary also in the race.

Under party rules, Conservative lawmakers will select two candidates. But the final call will go to the ballot of party members, just around 120,000 people.