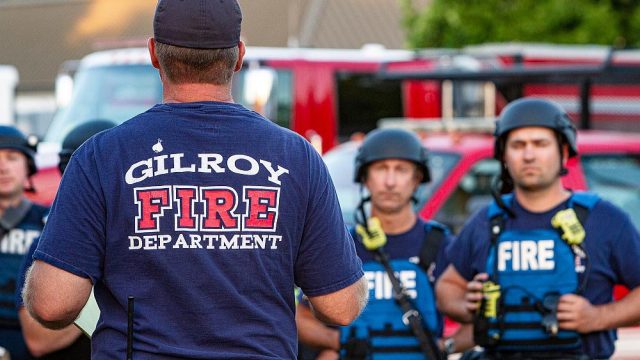 At least three people were killed and 15 other people injured in a shooting at the Gilroy Garlic Festival in Northern California, authorities said Sunday night. A suspect was also shot and killed.

“It’s sort of a nightmare you hope you never have to live in reality,” Police Chief Scot Smithee said at a news conference.

Smithee said the suspect appeared to be shooting “somewhat randomly” and that investigators had no information on a possible motive. He said that police believed a second person may have been involved but that they didn’t know in what way.

At least 11 people were transported to two hospitals in fair to critical condition after the shooting at one of the largest food festivals in the United States, said Joy Alexiou, a spokeswoman for the Santa Clara County Public Health System.

“I would ask for the thoughts and prayers of the community as our officers continue to investigate this tragic and senseless crime,” Mayor Roland Velasco said.

The San Francisco Division of the Bureau of Alcohol, Tobacco, Firearms and Explosives said it was responding to the scene in Gilroy, about 30 miles southeast of San Jose. The festival was near the end of its third and final day when the gunshots were reported at about 5:41 p.m., said Smithee, who said the gunman appeared to have cut through a fence to get into the event.

A witness, Julissa Contreras, told NBC Bay Area that she saw a white man in his early to mid-30s firing a rifle that was “able to shoot three to four shots a second.”

“It was just rapid firing,” she said. “I could see him shooting in just every direction. He wasn’t aiming at anyone specifically. It was just left to right, right to left.”

She added: “He definitely was prepared for what he was doing.”

But he told NBC Bay Area that “quite a few” of them were injured in some fashion, “because I helped a few.”

Gloria Parker, another witness, told the station that she and other people began running when they heard 10 to 15 bangs that they initially thought were firecrackers.

“There was tons of cops there,” she said.

No further information was immediately available.

This is a developing story.