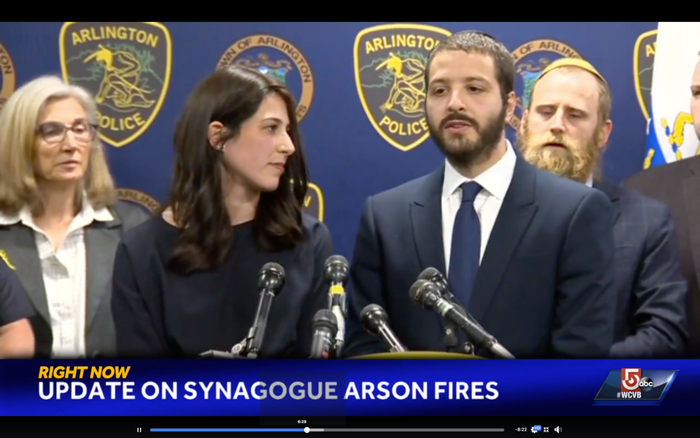 Three fires were intentionally set in the last week at Jewish centers in Massachusetts, authorities said Friday, prompting a federal investigation into the suspected arson attacks.

No one was injured in the fires, each of which was put out within minutes of being detected. Investigators are now working to determine if they are connected and if they were motivated by hate.

The Chabad houses, located within 15 miles of one another, provide Jewish education and services to their community. Each is also home to a rabbi and his family.

“Every arson fire causes fear and anxiety in the community, but one in a house of worship especially so,” Massachusetts Fire Marshal Peter Ostroskey said in a statement. The US Attorney’s Office in Boston is now coordinating an investigation, a spokesperson for the fire marshal’s office said.

On Saturday, May 11, Arlington police and fire officials responded to the Center for Jewish Life around 9 p.m. after a smoke detector went off. They found a small fire at the back of the home, which damaged wooden shingles before it was extinguished.

On Thursday, they were called back around 9 p.m. to the same home where a fire was once again burning in the same location. It was put out with a fire extinguisher, Arlington Acting Police Chief Julie Flaherty said.

About an hour later, a fire was set at the Chabad Jewish Center in Needham. Rabbi Mendy Krinsky put it out with a fire extinguisher as his wife, Chanie Krinsky, woke their children and got them out of the house, she said in a Facebook post.

«Thank G-d we are all safe. Hashem has really been watching over us and the only damage was outside to some shingles,» she wrote. «Somebody out there wants to hurt us. Just because we exist. And that is frightening.»

Investigators are now seeking the public’s help in identifying a suspicious person captured on a neighbor’s surveillance camera around the time of the first fire in Arlington. The Anti-Defamation League and the state fire marshal are offering a $20,000 reward for information leading to the conviction of the arsonist.

At a press conference Friday, Rabbi Avi Bukiet thanked those who had offered support after the fire and asked anyone with information to contact police.

«It has targeted not just a Jewish center, it has targeted our family,» he said. «And we are hurting because of this, but yet at the end of the day with all the overwhelming support and love that people are showing us across the board, from the Jewish community, clergy from different religions from different backgrounds… it just shows us we are in a community where we want to stay.»

His wife, Luna Bukiet, added they remained committed to their work.

«This will not deter us,» she said. «If anything, we will double down on our efforts to bring more goodness into the world and create a better world for all of our children.»