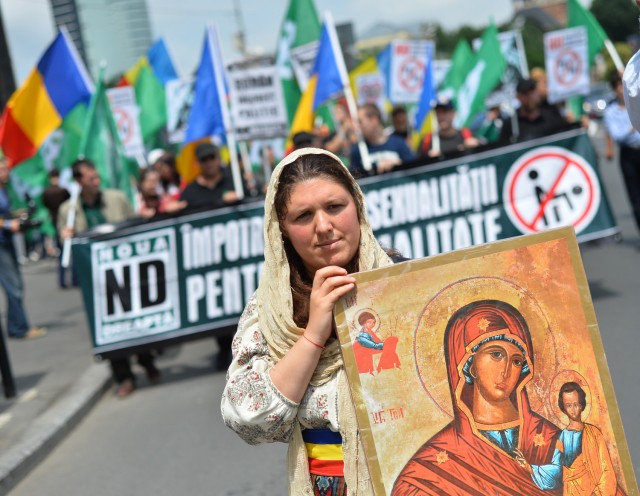 The Eastern Europe is moving slowly with LGBT rights, or rtaher, it’s not moving at all.

In Romania, the Orthodox Church has started a petition to ban same-sex marriage, which is not legalized in Romania. To submit the petition to the Government, they needed 500,000 signatures instead they gathered three million. This shows the mentality of Romanian people regarding same-sex relationships.

“These days and in the upcoming months, Romania is faced with a major decision concerning not only LGBTI rights, but rather the path it wants to take when it comes to democracy, European values, separation between Church and state, and protection of minorities.
“It can either choose to go back to a past where abortion and homosexuality were illegal, or it can go forward and stand up for its LGBTI citizens, for equality and justice for all, regardless of race, ethnicity, sexual orientation, gender identity, bodily ability or socio-economic status,” Vlad Viski, president of MozaiQ said.

To gather the signatures, groups of people made posters, went from door to door, they even made their children take the petition in school.

The movement will pass if the Constitutional Courts approves it, the majority in the parliament votes it and a national referendum is held.