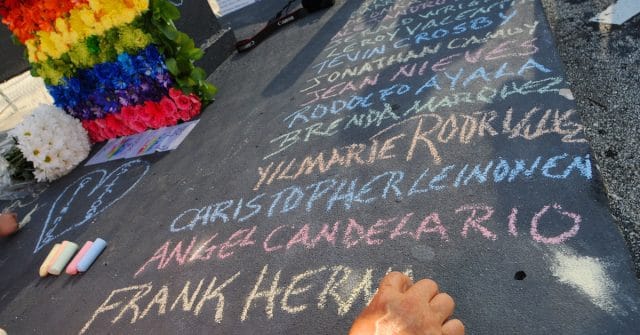 The last time someone spat at me in the street, it was the eve of Pride month and I’d just left a LGBT+ pub in east London.

I’d been to see a drag king show with a friend, and as we walked towards the bus stop a man approached us from behind, spat – twice – at us, and walked off.

“That dude was so gross,” I text my friend when I got back to mine. “Hope you got home alright?”

She replied, “Yeah. Asshole. It was because we’re both queer-presenting, right?”

Being spat at isn’t something I’d usually consider worth writing about. As many LGBT+ people could tell you, it’s not exactly uncommon.

But this Pride month, I feel overwhelmed by the violence directed at the LGBT+ community. While brands try to sell us mouthwash in rainbow-coloured bottles and Donald Trump celebrates Pride month by selling ‘LGBTQ for Trump’ T-shirts, the bodies of trans women are found shot dead in fields or pulled, floating, from lakes.

When a lesbian couple were beaten up on a night bus in north London on May 30 – the night before I was spat at, in a street a few miles away – politicians were quick to condemn it.

It was “absolutely shocking,” said Labour leader Jeremy Corbyn. Penny Mordaunt, the women and equalities minister, said, “[I’m] appalled to see this kind of homophobic violence in the UK.”

We live in a country where – during Pride month – Ann Widdecombe, an elected MEP, says on national television that science “may yet cure” homosexuality and Michael Gove’s Tory leadership bid is backed in a national newspaper by an openly anti-trans MP.

So, forgive me for not sharing Corbyn’s shock at a homophobic attack. As queer women were quick to point out, violence against lesbians has been happening for years .

As we approach the halfway line of Pride month, we mark the third anniversary of the Pulse nightclub shooting in Orlando, Florida.

On June 12, 2016, 49 people were killed and 53 injured in what was (then) the US’s deadliest mass shooting. Those killed were overwhelmingly Latinx and queer.

Though what happened in Orlando was at a scale we haven’t seen since, the violence has not stopped.

On June 4, a mayor in Alabama suggested killing LGBT+ people, in a now-deleted Facebook post. When confronted by the media, he first denied writing it, then admitted to it but said he thought he was sending a private message to a friend.

That same day – June 4 – a gay man in Atlanta called Ronald “Trey” Peters was robbed and fatally shot by two men who shouted homophobic slurs at him.

“‘Give him the f***ing bag, f*g,’” one of the men shouted, before opening fire, according to a witness. Police are treating it as a hate crime – although Georgia doesn’t have hate-crime laws, so the homophobic nature of the attack won’t be reflected in the weight of the law used to prosecute his killers.

These violent incidents all happened in the first 12 days of Pride month this year – and sadly this is far from a comprehensive list.

Changing your social media avatar to a rainbow for Pride month is not enough, if you’re also trying to deport a gay rugby player back to a country that criminalises him for his sexuality.

I don’t count being spat at in the street as violence – and who knows, maybe it wasn’t because we’re both queer.

But when you dehumanise people because of their sexuality or gender identity, it becomes easier to spit at them, or beat them up – or worse.

Because if we know one thing, as queer people, it’s that the world we live in is not yet safe for us.