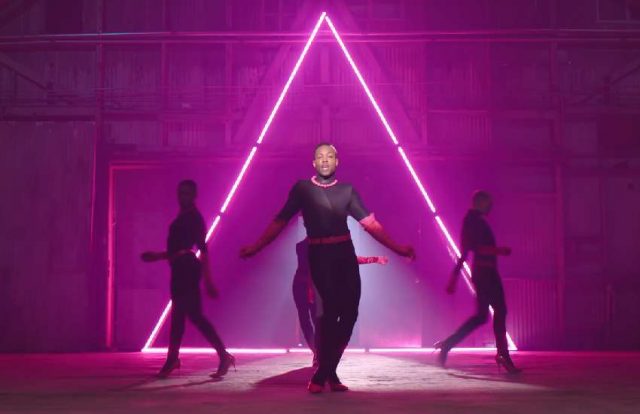 If you were looking for a definitive song for Pride this year, look no further than Nails, Hair, Hips, Heels by Todrick Hall.

Set in an empty warehouse illuminated by a pink triangle, Todrick is joined by a mass of dancers as they strut their stuff in colorful high heels and gloves.

It’s a rhythmic bop that is begging to be danced to and blasted at all the Pride celebrations coming up.

Both Todrick and the dancers are all in perfect unison as they clap, work their hips, strut, and so much more.

The end of the song is a series of repeated demands that people are sure to have fun with when the song becomes a mainstay of parties and clubs alike.

‘Drop for me,’ he sings, before repeating a variety of more moves including: tongue pop, pose, twirl, say girl, shablam, and more.

‘The Category Is: Nails, Hair, Hips, Heels,’ he wrote on , referencing the FX series he stars in, Pose.