Home Gay Life “Together Until The End:” The Release Date For Sense8’s Series Finale Is…. 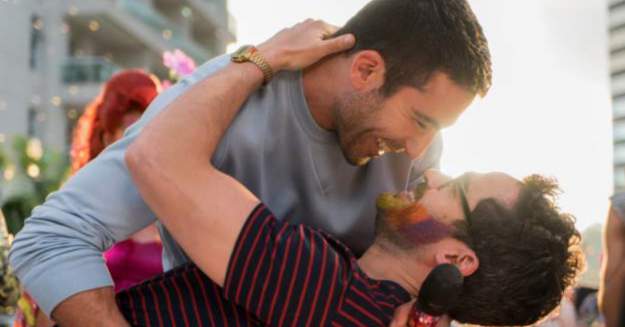 Sense8 is almost back!

Yesterday, Netflix US’s official Twitter account announced the release date of the next and final installment in the series.

Sense8 is a Netflix original series about eight people living across the globe. One day, they realize that they’ve suddenly gained a psychic link with each other.

Now, they cannot only communicate while living nations apart, but they can use each other’s skills such as language skills, fighting skills, and scientific knowledge. Then, to add drama and suspense, there’s a secret society out to kill all humans like our heroes.

While the sci-fi/thriller/drama has a stable and devoted following, the series ended up being too expensive for Netflix. The company then announced last year that Sense8 was canceled after two seasons.

Their reasoning was that despite spending 9 million dollars per episode in season 1 (to film in multiple countries, fly essential cast and crew, and hire local production staff each separate time), the show never garnered a large enough following to warrant spending all that money. Though, some fans say the problem is Netflix didn’t spend enough time and money on promoting the show.

Despite all that, the cult following the show has gained was passionate and outspoken enough to strong arm Netflix into greenlighting a two hour season finale (to at least conclude the story).

While many fans were excited to hear that the show is coming back, and so soon, many responding to the Twitter announcement also stated they want a season three.

I literally just finished season 2, I can't believe I didn't hear about this show till now. We NEED a third season. #sense8

Girl ! Yess I know ! Like they/we need to promote this show! Not a lot of people know about it! I didn’t know about it! And I’m always on Netflix lol ? we need a 3rd season! @sense8

The Fandom is not done fighting… NF doesn't believe us but the 'war' for #Sense8All5Seasons has just begun ? (Twitter is where you find most campaigns, just saying)!

The end ain’t comin until we get a #Sense8 season 3 pic.twitter.com/lEAlr3oYZi

y’all know it ain’t done until WE say it is pic.twitter.com/ytHdOlaDmH

So who here is ready to fight for a season 3? pic.twitter.com/vat71j4b3g