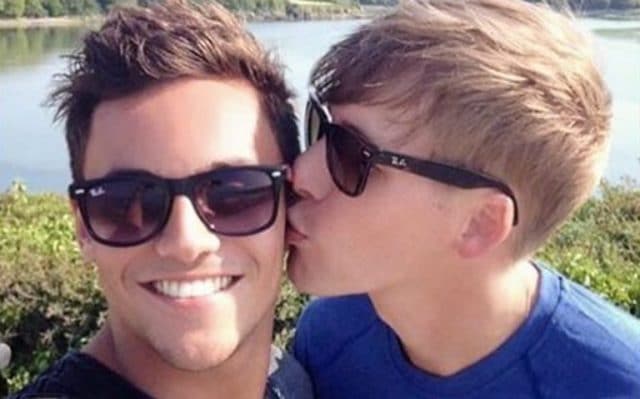 The happy couple took to Instagram to share a selfie of themselves together as Dustin planted a kiss on Tom’s cheek, reminding followers that they’ve now been together for a long four years.

Meanwhile, Tom shared a photo of Dustin with the sun shining behind him.

The couple, who met in 2013, announced that they’d gotten engaged back in October 2015, taking an old-school approach of registering their engagement in The Times newspaper.

Tom recently revealed that he almost quit diving after the London 2012 Olympic Games, which left him suffering from PTSD, but confessed that meeting Dustin was the reason he carried on.

He said: “I felt happy all of a sudden. Nothing seemed confusing any more. He is a massive support for me.”