Home Gay Stars Tom Daley opens up about the 20-year age gap between himself and... 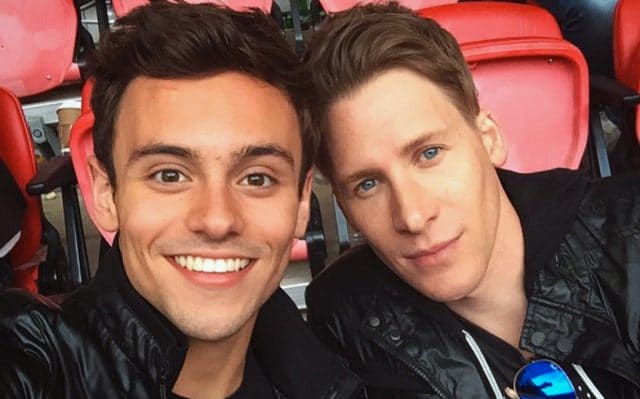 Tom Daley has spoken about the 20-year age gap between himself and his husband Dustin Lance Black.

When they tied the knot earlier this year, Tom was yet to turn 23 while Dustin was heading towards his 43rd birthday.

However, the Olympic diver says that their difference in age is in no way an issue, and that he actually feels like the older one at times.

“I don’t really think about age and we never notice the age gap,” he told the Belfast Telegraph. “Funnily enough, I feel older in terms of maturity.

“I had to grow up quickly because I was only 10 when I first travelled to Australia without my parents to compete. 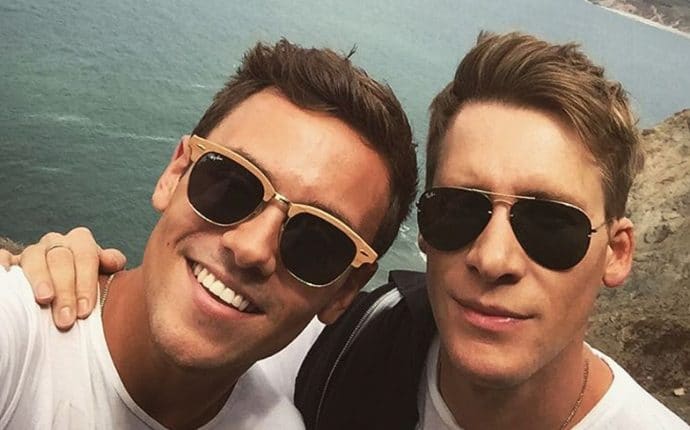 “In a way, I did miss out on some aspects of childhood because I had to learn to do things for myself and stand on my own two feet quite quickly, but, on the other hand, I was so lucky to be able to travel and have so many experiences.”

Tom added: “Over the last few years I’ve matured both as an athlete and as a person and I’m in a good place in my mind and body.

“Actually, when I’m with the diving squad nowadays, I feel old because basically I’m the ‘granddad’ in the team – everyone’s younger than me.”

Meanwhile, the team GB diver won gold in the 10m platform at the World Championships in Budapest last month with an impressive score of 590.95.

Dustin took to Instagram to write an emotional message to his husband, noting how proud he was of him.