Home Gay Life Tom Daley tells of the touching moment he came out to his... 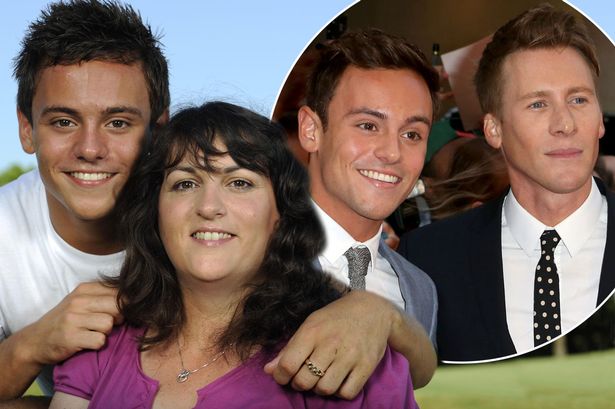 The Olympic diver says his relationship with Dustin Lance Black gave him the courage to be who he really is.

Tom Daley has opened up about the moment he told his mum that he was in a relationship with another man – saying coming out was much easier than he originally thought.

The diver told his mum about his relationship with Dustin Lance Black during a birthday celebration to which he’d invited his new boyfriend.

“My mum had no idea. It was just a random conversation. We were having a barbecue at my house, Lance was making burgers and I was in the kitchen,” Daley told The Times.

“I said to Mum, ‘What do you think of Lance?’ And she said, ‘Yeah, he’s great. He makes great burgers.’ So I told her I was in a relationship with him.

“She had no idea, despite the fact I’d brought this guy home for the weekend. I was lucky. It was so easy, and you hear some horror stories.” “You always think it is going to be the worst thing in the world to tell someone,” he added. “But that put it into perspective.”

Daley went on to reveal that Lance Black – who he is now engaged to – is the real reason he is still diving, before sharing his excitement over the upcoming Rio Olympics.

“Lance is the reason I am still diving,” he said.

“In March 2013 I was at my all-time low and didn’t want to do it any more. Then I met him and thought, ‘This guy won’t want to be with me unless I’m successful at what I do.’

“I felt happy all of a sudden. Nothing seemed confusing any more. He is a massive, massive support for me.

“I’m really excited now that the Olympics are close. That final is a scary thought,” he shared.

“Nothing you’ve done in the four years before matters. Your dreams are either made or broken.”