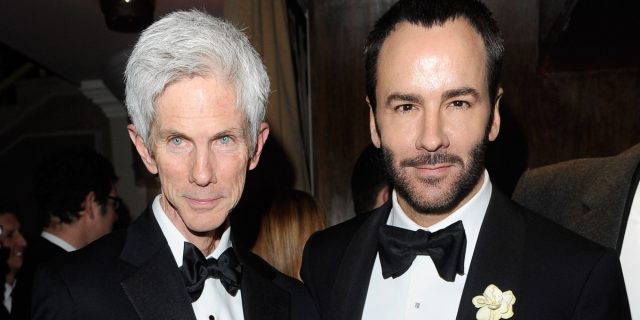 “Our eyes locked and within a month we were living together,” he says during an appearance on The Jess Cagle Interview. “We have been together ever since. This December will be 30 years.”

Even after three decades, Ford, 55, can “vividly” remember the first time he met Buckley, who was a fashion journalist at the time. The two were riding in an elevator together — and it didn’t take long for their connection to become clear. By the end of the ride, Ford says he knew he would spend the rest of his life with Buckley.

“By the time that elevator landed on the ground floor I thought, ‘You’re the one.’ That’s it. Click. Sold,” he says. “It was literally love at first sight.”

What ultimately makes for a lasting relationship? Ford says it comes down to respect.

“If the person you’re with is someone you respect, who you believe has a great heart and a great soul, as good a heart and soul that you will ever find, don’t ever leave them,” Ford explains, “because you won’t find anyone better.”