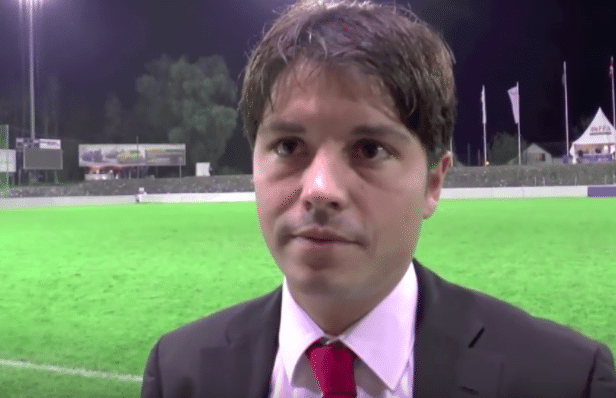 ‘If a single footballer or referee is helped and encouraged by me coming out, my coming out has paid off.’

Pascal Erlachner has come out as gay.

He is believed to be the first man in Swiss professional football to come out.

The referee hopes that his coming out will start public discussion around the taboo of being gay in football.

Erlachner came out in an interview with Swiss newspaper Blick.
He explained he feels he can come out now as he is comfortable and in happy relationship.

Erlachner explained in the interview he was ready to come out, regardless of that he knows there are some people who will not be pleased with his decision.

He says if at least one person is helped by his coming out, then it will have been worth it.

He does not know what will happen to his career now and whether his coming out will have an impact on it. He hopes that nothing will change however.

Erlachner said: ‘It’s nice for me to be able to talk about being gay openly now.’

He was afraid to go to gay bars while he was in the closet, worried he would be recognized.

The referee also spoke about coming out to his parents.

He said they were ‘totally open and positive.’

‘They told me that I was the same Pascal for them,’ Erlachner said. ‘That they love me. And that they go through thick and thin with me. It was a very nice and very important moment. From there it went step by step upwards. Finally the truth was out. Finally, I was allowed to be what I am.’